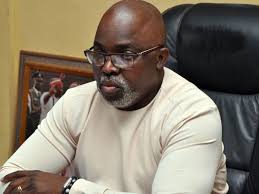 CAN Directs Churches To Honour Bonnke, Describes Him As Father of... 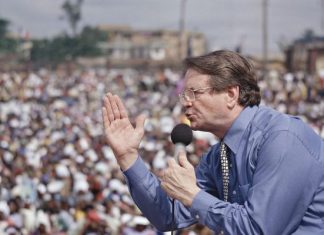 News
The Christian Association of Nigeria has directed churches across the country to announce the death of German evangelist , Reinhard Bonnke and honour him... 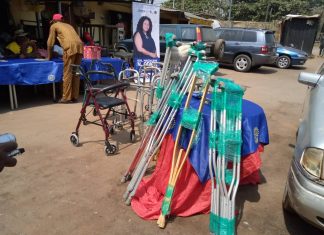 Three thieves suspected to have vandalised and carted away 1.8million telecommunications mast in the Ibafo axis of Ogun State have been arrested by the police.

Police Public Relations Officer in the state , Abimbola Oyeyemi, said the suspects were members of a syndicate who specialised in vandalising telecommunications companies ’ masts in Ibafo in the Obafemi – Owode Local Government Area of Ogun.

The PPRO said the Commissioner of Police, Kenneth Ebrimson, has ordered the transfer of the suspects to the State Criminal Investigation and Intelligence Department for further investigation and prosecution.

He noted that the suspects: Adeola Oyesanya, Bashiru Mohammed and Musa Mohammed were arrested on Saturday with their loot, stressing that the arrest was following a report by a security guard attached to an MTN mast in papa Ibafo area that a group of thieves has invaded the site , vandalised and carted away 12 batteries valued at about 1 . 8 million naira.

“On receiving the report , the DPO Ibafo , SP Abiodun Ayinde , quickly mobilised his anti – robbery men and moved to the scene .

“On sighting the policemen, the suspects abandoned their loot and escaped to the nearby bush .

“The entire area was subsequently cordoned off by the policemen and the bush was properly combed as a result of which the first suspect Adeola Oyesanya was arrested .

“His arrest led to the arrest of the other two suspects who are the receivers of stolen goods .

“ On interrogation , they all confessed to the commission of the crime and that they have been on the business for quite some time now . ”

Life & Style
Edo State government has set up a committee to look into the age-long impasse between Okomu Oil Palm and its host Okomu and communities...

News
Ijaw nationalist and South-South leader, Chief Edwin Clark, has demanded the constitution of a new investigative panel to probe the Interim Management Committee of...

‘Edo Election May Be Last In Nigeria If…’ Secondus

News
National Chairman of the Peoples Democratic Party (PDP), Prince Uche Secondus, has warned that Edo election may be the last held in the country...