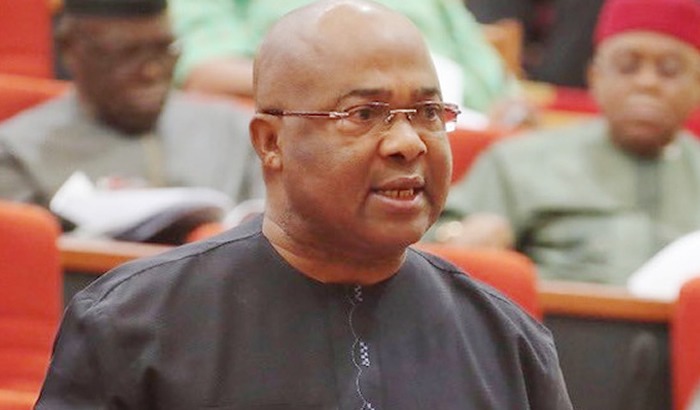 The seven-member panel of justices held that Emeka Ihedioha was not duly elected Governor.

Uzodimma had challenged the decision of the Court of Appeal which upheld the election of Ihedioha.

Apart from Uzodimma’s battle with Ihedioha, only few Nigerians know anything about the Imo-born politician.

These are few things you need to know about the new Imo State governor-elect:

1. Hope Uzodinma is a Nigerian politician who was elected Senator for the Orlu (Imo West) constituency of Imo State, Nigeria, in the April 2011 federal elections. He ran on the Peoples Democratic Party (PDP) platform.

2. His election was challenged on the grounds that he was not the valid PDP candidate, but on 5 May 2011 the supreme court declared that his election was valid.

3. A report in 2001 said that Chief Uzodinma had a business empire spread across the country.

4. He had the ceremonial title of Onwa-Netiri Oha of Omuma in Oru local government of Imo State.

5. He ran for Governor in the April 2003 elections, and decamped to the Alliance for Democracy (AD), becoming their candidate for the Imo State gubernatorial election. He was unsuccessful, and in February 2004 was readmitted to the PDP.

6. Uzodinma was a competitor in the PDP primaries for Imo State Governor in December 2006, coming a close second to Senator Ifeanyi Araraume.

7. Uzodinma was appointed a member of the PDP Board of Trustees. He was among those who endorsed the bid by Ikedi Ohakim to run again for Imo Governor in 2011 after Ohakim had returned to the PDP.

8. In testimony to the Justice Chukwudifu Oputa Commission of inquiry in July 2001, it was alleged that Uzodinma had been involved in attempts to transfer money from the National Maritime Authority to the former military ruler Abdulsalami Abubakar.

9. On 10 February 2009, the EFCC arrested and detained Uzodinma. The EFCC had filed charges, which had not yet been cleared. It also asserted that his company Transurb Technical Consult Ltd was effectively bankrupt.