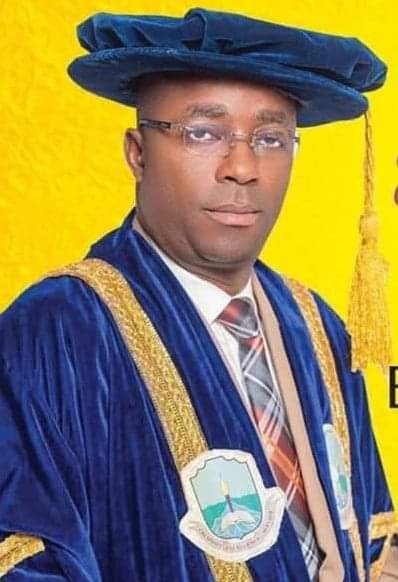 The VC, who noted that he was convinced that the Government of Bayelsa State, being the rallying point of the Ijaw, has capacity to sponsor free university education for the entire Ijaw nation, urged authorities concern to work towards the direction.

Prof Edoumiekumoh disclosed this in Burutu, Delta State, at a Thanksgiving/Reception party put together by the Barr. David Otutufegha-led Committee of Friends over the promotion of Ben Binebai to a Professor of Drama, Dramatic Theory and Criticism by the Niger Delta University.

“My pride would be for the Ijaw nation to attain a time when nobody would tell us we didn’t go to School.

“I personally believe that as a way of moving the Ijaw nation forward, all willing Ijaw students need not pay school fees. We have the statistics and have done the calculations. It is possible. I mean students of the entire Ijaw nation across the Niger Delta, in tertiary institutions nationwide.

“It won’t be more than 3 billion naira annually. Taking that out of the annual Bayelsa State budget is a sacrifice that will beget a forward match for the Ijaw nation”, the VC noted.

Prof. Edoumiekumoh said on assumption of office, he engaged the National Universities Commission (NUC), on the inadequate admission quota of NDU then placed at 3,500 to raise it to 7600.

“We are now begging Ijaw people to come to school. The NDU is also for all Ijaw irrespective of state. Please forward names of your wards seeking admission through Prof. Binebai. Bring your children to NDU. Indeed, I intend a tour of Ijaw communities to canvass for students for NDU.

“We need western education to be able to compete favorably with other regions. Ijaw youths should be focused in self-propulsion even where our parents may not have the wherewithal to push us on.

“I became a professor at a young age even when my father had thought that if I go to school, I’ll die. These things hold us back. As youths, you should work hard to go to school. As a Professor and VC, powerful doors are open to me. I am shocked to know today that Binebai is the first Professor of Burutu town, an ancient community. We should strive to have, at least, one Professor in every Ijaw family.

“Since I became VC, we have produced 57 Professors. We’ll produce more as they qualify. We have produced 80 Associate Professors and 47 Senior Lecturers. We won’t deprive deserving people promotions. We must set the stage for the time nobody will tell the Ijaw people that we didn’t go to school. That is my pride.

“It is against this background that, amidst criticisms, I commend Governor Seriake Dickson’s establishment of two universities in the state. I insist that we even need more but my concern is proper funding”, the VC further said.

YOU MAY ALSO LIKE: Professor Bags Death Sentence For Blasphemy

Also speaking at the event, the Registrar, Nigerian Maritime University (NMU), Okerenkoko, Dr. Alfred Mulade, urged Ijaw youths to take advantage of the NMU, Okerenkoko, as close quarters to obtain university education, saying “the Bible itself recommends that we study to show ourselves approved.”

The celebrant had earlier said “with sponsorship often in short supply, Ijaw youths should assume status of fingerlings who must propel themselves to be able to swim”.

In apparent response to the challenge of encouraging education in the Ijaw nation, a philanthropist, Chief Evans Etimigba, at the ceremony, announced purchase of 6 JAMB/UME Forms for willing students.

It was also announced that Rt. Hon. Julius Pondi, member representing Burutu Federal Constituency at the House of Representatives, Abuja has 300 JAMB/UME Forms for take by willing students.