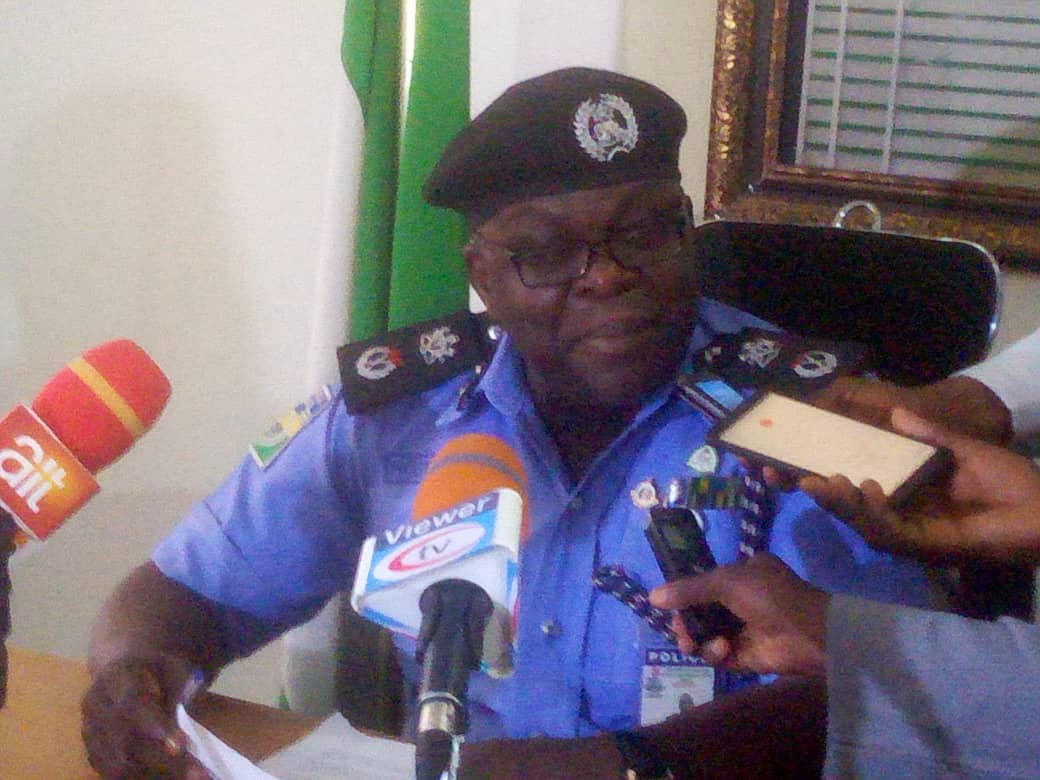 From Adamu Imam & Our Correspondent, Bauchi

The Bauchi State Police Command has disassociated itself from a purportedly mischievous video clip in circulation in the social media, alleging that the police in Dambam local government was the mastermind of a robbery attack that occurred along Kano- Maiduguri road, where some motorists were robbed of their belongings.

The video, according to the police, showed a police patrol vehicle belonging to the Danbam police division of the command, carrying victims of armed robbery attack, mainly women and children.

While urging members of the public to disregard the video as it is unfounded, the statement said that the Police Commissioner, CP Philip Macu has directed a discreet investigation into the armed robbery incident and the purported video clip as findings will be available to the public. 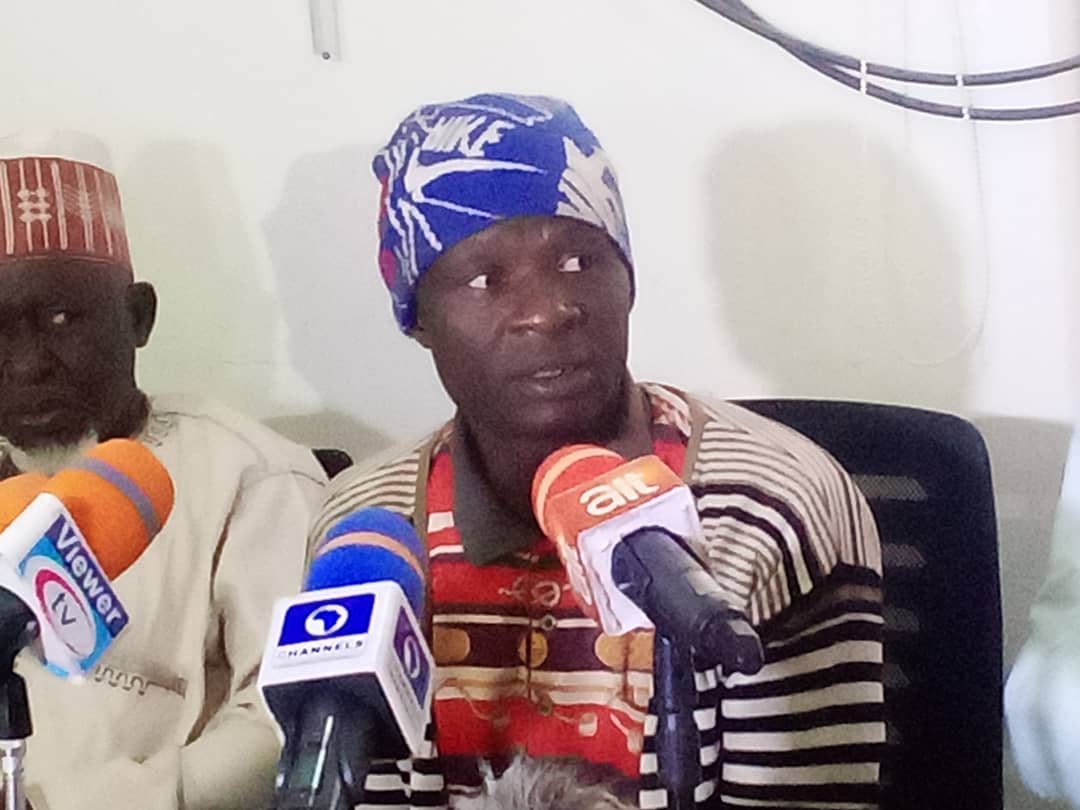 Driver of the attacked vehicle

According to a press release issued by the acting State Police Public Relations Officer, ASP Umar Magaji on behalf of the command and made available to newsmen in Bauchi, the allegation is not only false but misleading and a calculated attempt by mischief makers to incite the public against the police.

“For the avoidance of doubt and to set the record straight, on the 18th February 2020, at about 0300hrs, a report was received by the Dambam police division that a group of armed robbers numbering about nine, blocked Kano-Maiduguri highway at a location near Bam village, Dambam local government, robbing innocent motorists of their belongings.”

“On receiving the report, the police patrol team was promptly mobilised the area, however on sighting the police, the robbers took to their heels to the bush, leaving some robbers passengers on board of a Sharon motor Vehicle with registration number XA300 ABS Kano, driven by one Umar Mohammed from Ambursa in Kebbi State, heading to Maiduguri, Borno State” The statement read.

The police aid that consequently, when the team came back to the scene of the attack, they met some angry drivers who accused them of being responsible for the robbery, adding that the victims could not refute the allegation as they were traumatised as clearly shown in the video. 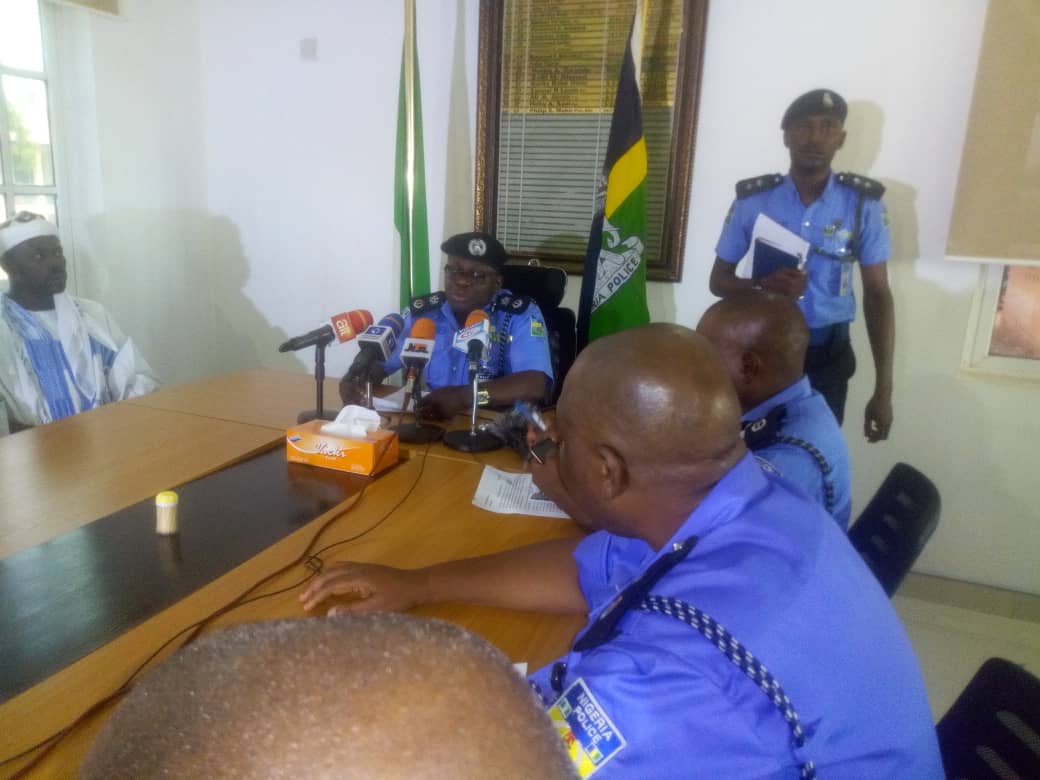 Men of the State Police Command addressing the Press

“On reaching the village head house, the victims who now felt safe informed the gathering that it was not the police that robbed them. They said the police came to their rescue and chased the robbers into the bush. This statements by the victims doused the tension and put the situation under control, only for the command to see the viral video on the social media” The statement added.

Edo State High Court sitting in the Auchi area of the state has sentenced one Taofeek Isah to death by hanging.

One of the defendants, Godwin Adeyemi, was, however, discharged and acquitted.

The convicts were brought before the court on five counts of rape, kidnapping, attack with a harmful substance, inflicting physical injury, and unlawful trial by ordeal.

Justice Imoedemhe held that all the evidence tendered before the court convinced him beyond reasonable doubt that the 1st, 2nd and 4th defendants were guilty of the charges.

Imoedemhe ordered that Isah be hanged to death while the other convicts be taken to the Auchi Custodial Centre to serve their jail terms.

The lead prosecutor from the Edo State Ministry of Justice, Clement Eseigbe, had during the trial submitted that Isah connived with three of his friends to kidnap, gang-rape and grievously assault a 20-year-old girl, Blessing.

The prosecutor said the defendants committed the offences on October 22, 2021, at Okpella community in the Etsako East Local Government Area of Edo State.

“The defendants did rub pepper in the private parts of Blessing and inflicted physical injuries on her by beating her with a cutlass, wood and other dangerous objects,” the prosecutor added.

In a similar case, the court sentenced a 61-year-old man, Taiwo Buoro, to 10 years’ imprisonment for raping a 12-year-old girl.

Imoedemhe in his judgment sentenced Buoro without a fine option.

Buoro, a farmer, committed the offence on September 19, 2021, at Ososo in the Akoko-Edo LGA of Edo State.

Representatives of a non-governmental organization, BraveHeart Initiative for Youth and Women, expressed joy at the judgment.