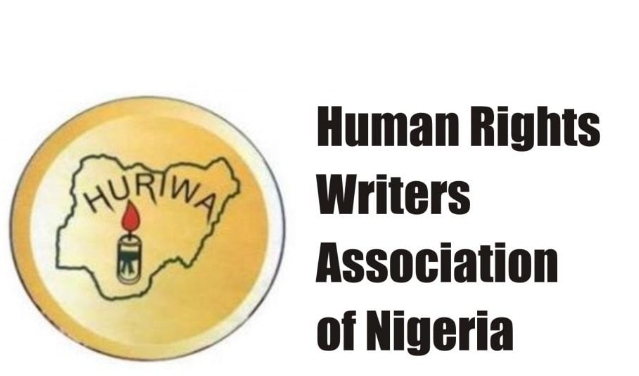 Human Rights Writers Association of Nigeria, HURIWA, has accused the President Muhammadu Buhari administration of concealing the identities of sponsors of terrorist group Boko Haram because they are Muslims.

This is contrary to what it (HURIWA) described as tepid explanation recently offered by the Minister of Justice and Attorney General of the Federation, Alhaji Abubakar Malami (SAN), that government won’t disclose identity of sponsors of terrorism in Nigeria because that will imperil or undermine investigation.

HURIWA, in a statement signed by its National Coordinator, Comrade Emmanuel Onwubiko, and made available to DAILY POST on Thursday, said the AGF was being economical with the truth because his office had already filed the suit before the competent court of law meaning that investigations are concluded.

HURIWA said the current government is heavily pro-Muslim North and is just protecting the interest of the region from which key players of the government came from.

HURIWA insists that the claims made by the minister do not make sense, carpeting the Chief Judge of the Federal High Court for not allowing accredited journalists to have unfettered access to the records of the indicted persons.

Malami had in New York, United States, said that the Buhari administration will not name sponsors of terrorism at the moment so it won’t jeopardise investigations.

HURIWA further questioned why Malami is being clever by half by dishing out what it described as jaundiced, highly toxic and outrightly despicable “tales by moonlight” in which he thinks he can deceive even the youngest infant with such an illogical and infantile excuse he has offered for not releasing the names of the sponsors of boko haram terrorists.

“The truth is that 99 percent of those doing the bureau de change business in Kano where the bulk of the suspects were allegedly caught are Moslem North and so it is clear that most of the decisions of this government including granting Amnesty to boko haram terrorists that have killed over 33, 000 citizens, these decisions are highly irresponsible and are just Northern settlement for terrorists and nothing more,” the rights group said.

It continues, “It is unreasonable that a government is much more interested in protecting terrorists and their sponsors than the victims and indeed against the collective interests of the Nigerian public. This is absurd and comical”.