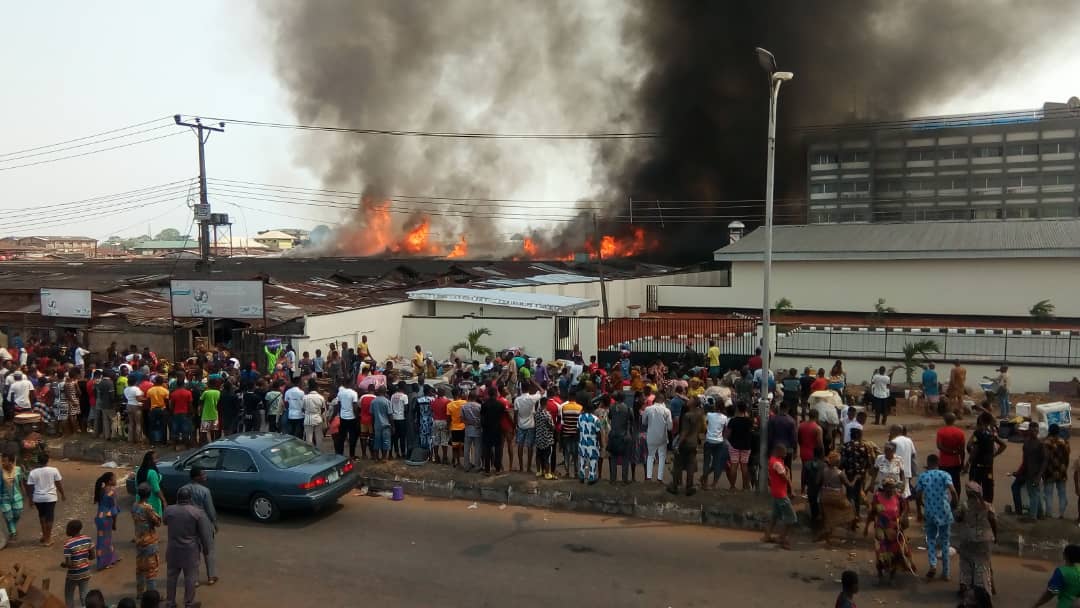 However, no life was lost at the the time of filing this report.

The fire which started at about 12.noon was said to have broke out at the section where animals are sold.

An eyewitness, Osas Ugiagbe, told journalists that the fire started when power was restored in the market.

YOU MAY LIKE: Nigeria Strengthen Surveillance As Deadly Animal Disease Rocks Niger Republic

“I was at gate of the market when I heard a noise from the place where they sell goats and chickens. Then we saw balls of fire coming out. We called the Fire Service, but they didn’t respond and some people said, they don’t have water in thier vehicles”, he said. 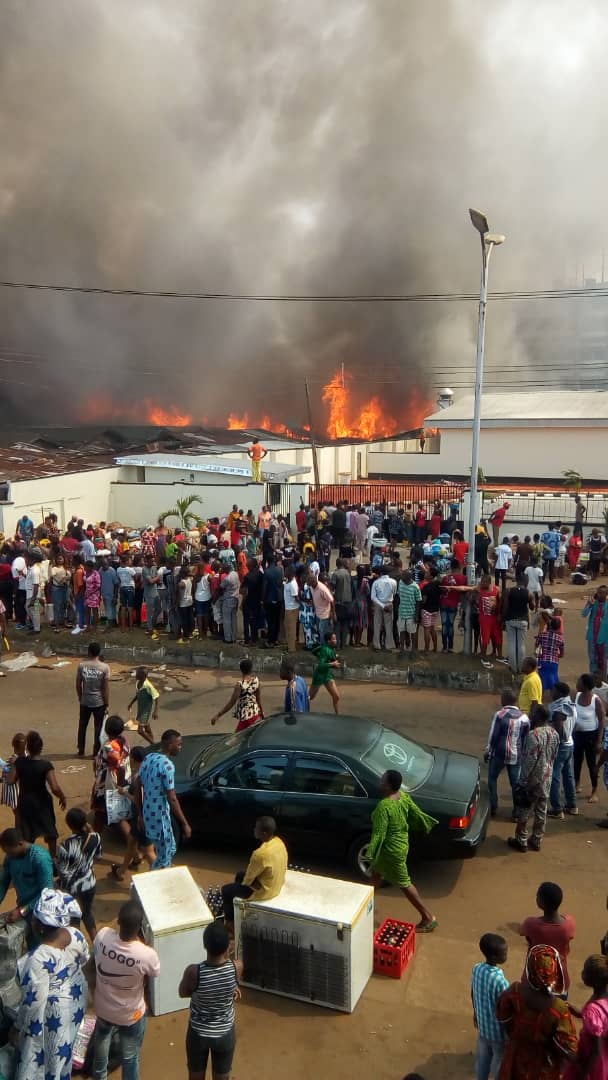 Another eyewitness, Rita, said she was called when she was coming from the church, saying she operates a shop close to the market.

She said while sobbing, “I was coming from the church, when somebody called me to inform me that Ekiosa Market is on fire. On getting to the market, I found out that the whole market is on fire though, I don’t know if it will get to my shop.”

Callers on a popular radio station in Benin City said all calls put across to Fire Service in the state did not yield any positive result, as they refused to show up even after two hours of reporting the incident to them.

The immediate cause of the fire outbreak was yet to be ascertained at the time of filing this report.

Recall that Ekiosa market is the 4th that will be engulfed by fire in the last 4 months in Benin City.