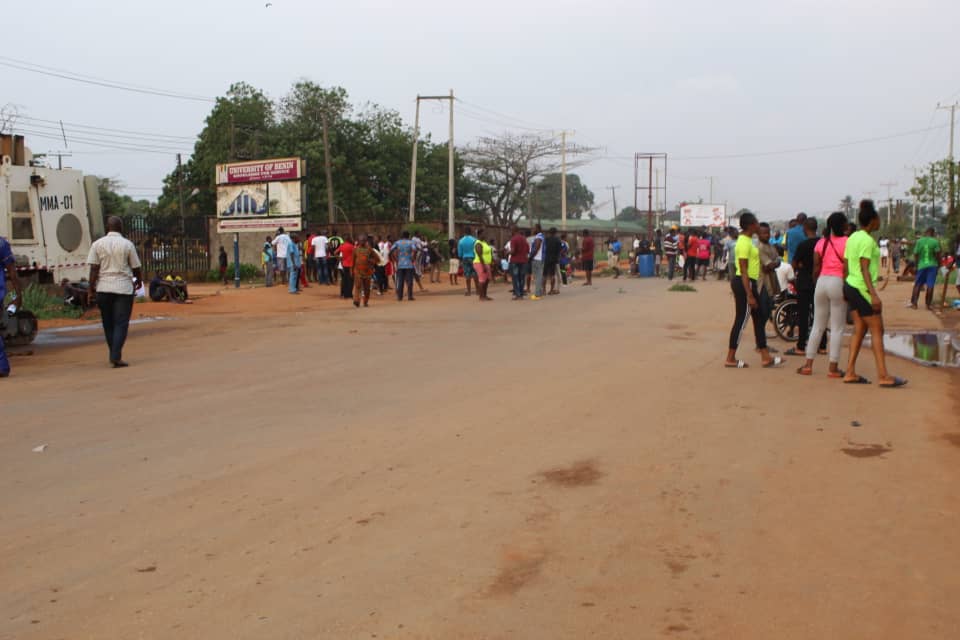 The protest, though peaceful, led to the blocking of Joromi to Agho junctions portion of the road, as vehicular movement were restricted, exposing commuters who are going back to their homes after the day’s job to untold hardship. 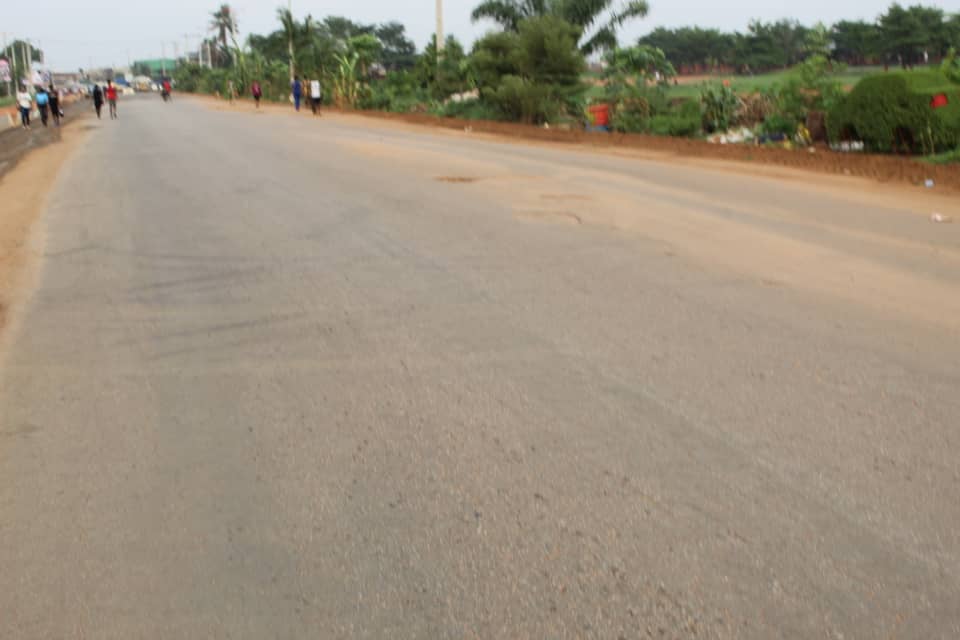 Speaking to Info Daily in an exclusive chat, one of the contingents who does not want his name mentioned, said they decided to show their grievances over negligence on the side of the authorities concerned.

The contingent who claimed majority of the persons who were peaceful protesting are staff of the Edo State Sports Council, revealed that they ( the contingents) have been camped for the past two weeks without allowance, good care.

“You see, majority of the persons you’re seeing here are members of the Edo State Sports Council. The National Sports Festival has been postponed, good and fine but what about our allowances. We have been camped for the past two weeks in preparation for the sports festival but let me tell you that we have not been paid a single day allowance; we are not taken good care of.

“Take for insurance, since morning, we have not been given food; no money. Since they camped us here, they don’t care if we exist”, he said.

He therefore called on the authorities concern to pay their allowances and other fringes they are entitled to. 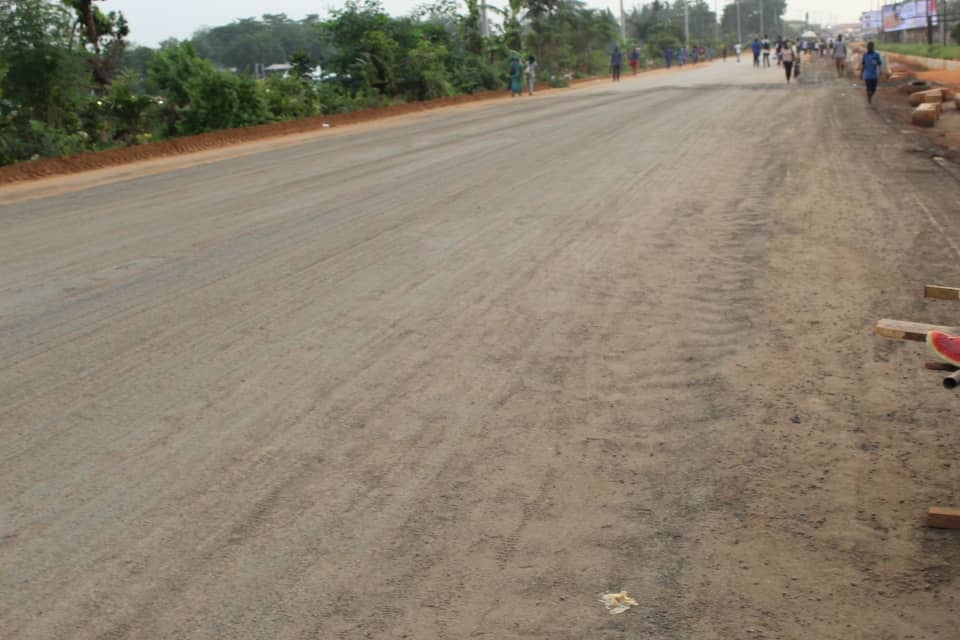 The ever busy Ekewan road which under construction (dualization) by the Obaseki govt turned ghost of itself because of the protest.

Speaking to Info Daily on phone on the protest, Edo State
commissioner for Sports and Youth, Damian Lawani, said he is not aware of such protest, adding that he needed to contact the state Deputy Governor whom according to him is in charge of the sports festival.

“Well, I am not aware of such protest to the extent of blocking major road. I will actually need to contact the Deputy Governor to know the real story. He is in charge so I need to hear from him to confirm”, he said.