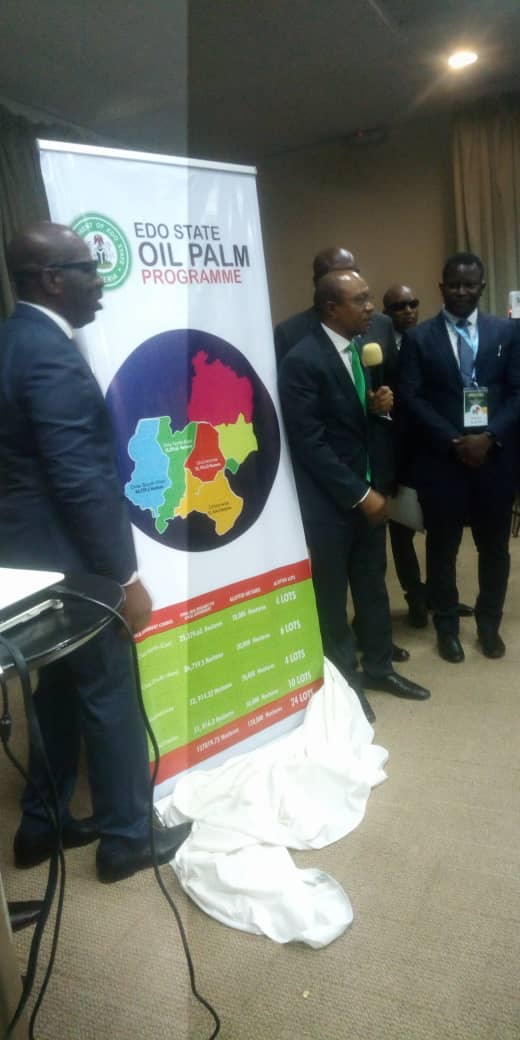 The governor of Central Bank of Nigeria (CBN), Mr. Godwin Emefiele, has said that the Apex bank disbursed over N30b to entrepreneurs in the oil palm sector in the last one year, saying almost N25b has been channeled to support companies the sector in Edo State.

Emefiele who disclosed this on Tuesday in Benin City at the formal launching of Edo Oil Palm Programme, noted that Edo State, being the largest host to number of oil palm plantation and companies in the country was given that prominent.

The CBN Governor said in the Apex bank bid to revamping oil palm sector, it decided to focus on Edo State, adding that the state government willingness to partner makes it easier.

He said, “It is no surprise because Edo State has the largest number of oil palm plantation in the country. It therefore stands to reason that if we say we want to revive the oil palm industry in Nigeria, then Edo State naturally will be the first place to start. I say this because out of about N30bn so far disbursed to entrepreneurs in this sector in the last one year, almost N25bn has been channeled to support companies that are into oil palm plantation in Edo State.

“It is imperative to categorically state that we are poised to do all in our powers to revamp this sector including not just suspending but closing and directing all the banks in Nigeria to close the accounts of any company or any person, it staff, owners, top management including their cronies and supply chain enablers involved in smuggling and dumping palm oil into Nigeria.” 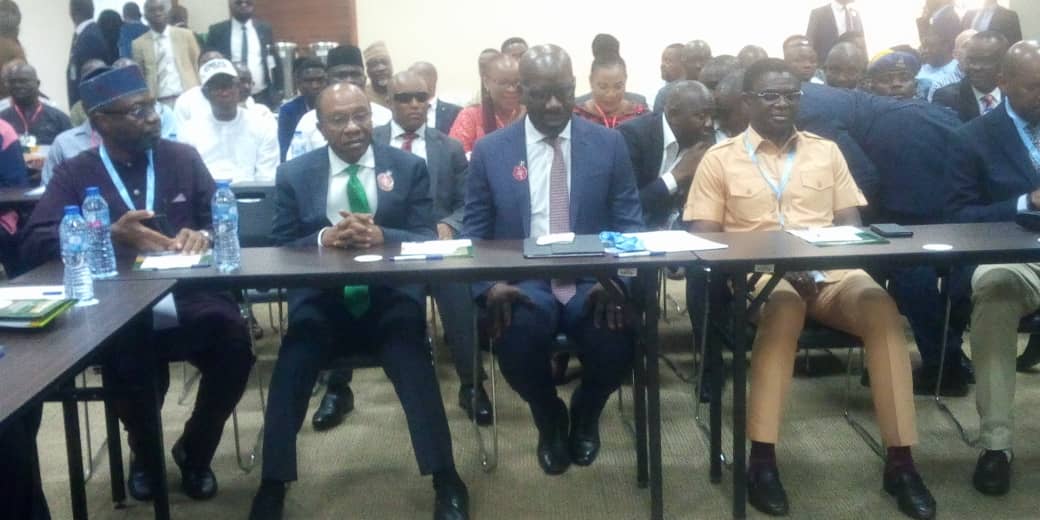 Emefiele noted that, the CBN, as a major stakeholder in the financial sector and indeed the economic development of the country, is set to render its unflinching support to development of oil palm, saying this would be achieved by producing affordable long term finance to growers in the sector.

He implored other stakeholders in the sector to borrow a leaf from the commitment of the CBN and play their respective roles, stressing that this will enable the bank achieve its common goals and objectives in the sector.

The CBN Governor, while warning those using and hiding under ECOWAS states liberisation scheme to sabotage the efforts of the Federal Government to desist from such act, stated that ‘the days of smuggling are over.

“We continue to appeal to those who are involved in smuggling or involved in dumping; that the days of smuggling or dumping are over, let them come and join us in this vanguard to develop oil palm and other agricultural products value chain in Nigeria. I want to appeal to other state governors to make land available speedily”, he said.

His his speech, Edo State governor, Mr. Godwin Obaseki, said the oil palm, a sub-sector in the agriculture has the tendency of driving and growing the economic of the state as it has done for countries such as Indonesia and Malysia.

The governor opined that enomous business opportunities for investors in millions of nairas for both local and exportation are imbedded in the sector, adding that more than 600, 000 jobs would created by the sector come 2030.

He noted that the programme was part of the state government’s commitment to the Federal Government’s agenda of diversifying the economy and improving the lives of the people of Edo State.

According to the governor, main purpose of the Edo Oil Palm is to laverage on what, accroding to him, the Centrak Bank of Nigeria has initiated, stressing that it is mainly to taking a critical risk in the oil palm sector, by solving the biggest challenge of plantation.

He noted that to make the programme successful, principle of Social inclusion and forestation policy have been put in place, stressing that success of the programme will largely depend on cooperation of host communities hence they must be carried along.

“Under this programme, development of all sectors of the economy is a key. The programme is intended to have measurable socio-economic impact and development on our people and our communities. Socio inclusion programme will be strictly implemented and enforced.

“Success of the programme will largely depend on support and cooperation of the local community and that is why including them is very important”, he added.

He also disclosed that an implementation committee of stakeholders and professionals to make sure all guidlines are strictly adhere to has been set up, adding that the committee is under is office for proper supervision.

He said, “Under this programme, Edo State government has meticulously legislated and created access to about 1,200 hectres of land which we have made available strictly for oil palm production and we are doing this by a programme guided by four principles.”

Obaseki noted that the Government was giving out land free while the CBN is committed in providing the funds, saying large percent of such investment should be invested in the oil palm sector.

“The programme is a key part of our program that in every 500 hectres we give to you, at least 80% should be reserved for the small holders agroagric of whom you will offtake from so that some of this money remains in the community and help secure more investment in the community.

“The programme is a key part of our program that in every 500 hectres we give to you, at least 80% should be reserved for the small holders agroagric of whom you will offtake from so that some of this money remains in the communities and help secure more investment in the communities.

“We will give you the land, you are not paying for it. For expect that in hectres of land that will be given to you, you at least commit one hectre so that we can begin to go back to our forestry”, he noted. 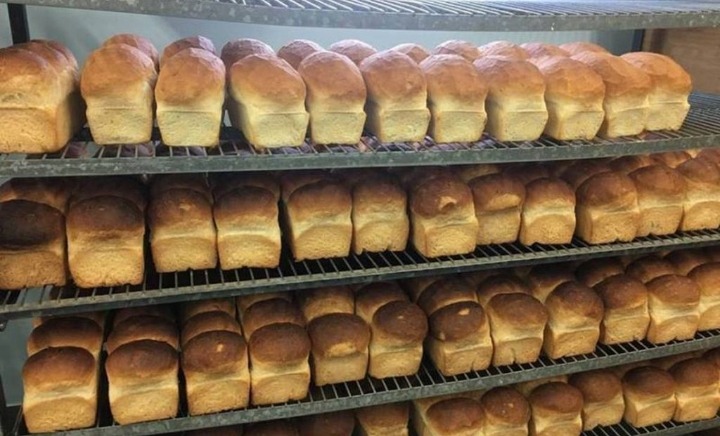 The Association of Master Bakers and Caterers of Nigeria (AMBCN) South-East chapter, has said it is set to withdraw its services from July 13, as directed by its national body.

The Zonal Chairman of the association, Chief Dominic Nwibe made this known in an interview with NAN on Wednesday in Abakaliki, the Ebonyi State capital.

Recall that the National President of AMBCN, Malam Mansur Umar had also said members would begin a two-week strike from July 13, citing an increase in prices of bakery materials.

Following the directive, Chief Dominic said, “We had a zonal meeting in Abakaliki and decided to follow the directive which is supposed to last for two weeks.

“A bag of baking flour which hitherto cost N25,000 presently cost N28,000 and it is worrisome that it will keep increasing.

According to him, the members felt it was unnecessary to keep increasing the prices of bakery products such as bread to the detriment of customers.

“The customers would feel that we are greedy and we want to let the federal government know that the situation has become unbearable.

“We are asking for the liberalisation of the sugar importation process to break the monopoly by two or three firms.

“These firms import sugar and control its price mechanisms as the withdrawal of services will make our customers know we are telling the truth on reasons for price increases,” he added.

The zonal chairman regretted that the authorities blamed the high cost of materials on the economic effects of the invasion of Ukraine by Russia.

“We don’t see any justification to this assertion as flour for instance, can be sourced from nearby countries,” he said.

Also speaking, the south east Zonal Secretary of the association, Mr Okey Ezeanata said that “bakers have been seriously affected by the development as most of them have closed shops”.

“The market forces have been unfair to us and as the time we increased prices of products in April till present, there have been several changes.

“We urge the federal government to allow mass participation in our materials’ importation process just like in the telecommunication sector,” he said.

NAN reports that the association alleged that the National Wheat Cultivation Committee already constituted is yet to be inaugurated after over one year.

Traders and residents in PortHarcourt, Rivers State, Tuesday raised an alarm over the sudden hike in prices of food items and other commodities.

There are also indications of a famine in the state as most farmers have abandoned their farms over the increasing insecurity in the area.

At a press briefing, the Chairman of the Mile 1, State Ultra-Modern Market, Godspower Wobo and his predecessor, Kenneth Eze Chigozie, said the hike in food items is becoming worrisome, warning that if nothing was done by the state and federal governments, food prices would skyrocket to 200 per cent.

“We have observed that traders buy their goods at high prices on account of hike in fuel, transportation and associated risks of insecurity, all these cumulatively influence the prices of foodstuffs which is borne by the final consumers.

“Farmers are deserting their farms and communities due to criminal attacks by dreaded masked bandits and unknown gunmen.

“Aside from the security challenges, the government is not doing enough to support farmers over mechanized farming to reduce rural/urban migration for white-collar jobs.

“Diversion of government agricultural loans is also a problem. Agricultural loans hardly or never get into the hands of the real rural farmers. Part of the resultant effects are famine and the high cost of farm produce looming in the country.

“Governments should, therefore, address the problems and factors affecting the cost of food and look inwards to encourage local farmers”.