In its efforts in curbing the spread of novel Coronavirus in Edo State, Rotary International, District 9141, Benin, Friday, April 24, distributed over 1000 sanitisers and 1000 mask to residents of Benin, the Edo State capital.

Briefing newsmen before the proper distribution in major streets of the city, Rotarian Ejinwa Uzu, Assistant Governor, District 9141, said Rotary, being known as a humanitarian and charity organisation the world over, decided to distribute the sanitisers and mask as a way of contributing in the fight against COVID-19.

According to her, one the major things Rotary is known for the world over is its fight against diseases, and all forms of ailments, stressing that COVID-19 cannot be left out in such fight.

“One of the major concerns in Rotary is that the society should be free of diseases and sickness. Throughout the world, in Rotary we have been standing against sicknesses and diseases, and we are known for this anywhere in the world. And as the world is facing this COVID-19 pandic, we have come out to give our support in the fight against the virus particularly its spread. And so, Today, we are coming out to give Benin residents these sanitisers and mask for them to stay safe”, she added. 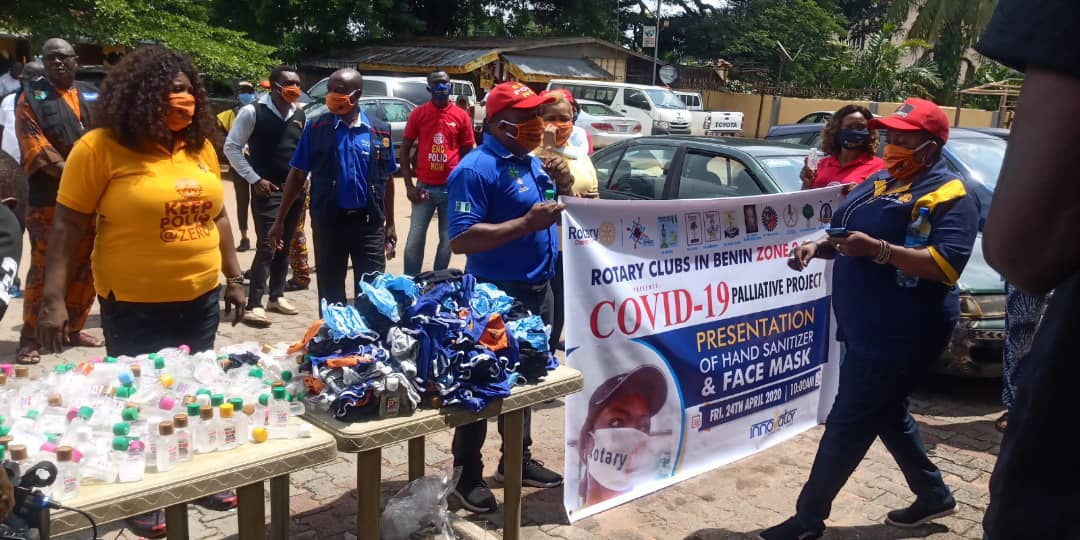 Osakue, however, lamented that journalists are not being considered in all safety kits provided by those in authority to those in the frontline in the fight against the spread of the virus.

He noted that healthcare workers are being given all the necessary kits to stay safe in the course of carrying out their duties but journlists, who carry out role in informing the public about this pandemic, are left to their fate without any kit or palliatives.

The Director-General, National Youth Service Corps (NYSC), Brig.-Gen Shuaibu Ibrahim says since inception in 2014, no fewer than two million Nigerians have been attended to by corps members in its...

See Why People Get Side Effects After COVID-19 Vaccines?

Alarming Rate Of Unsafe Sex Among Youths In Edo, A Call For Action

SUNDAY SERMON: The Sacrifices God Will Not Accept

‘Why I stabbed Super TV CEO to death’ – Unilag student