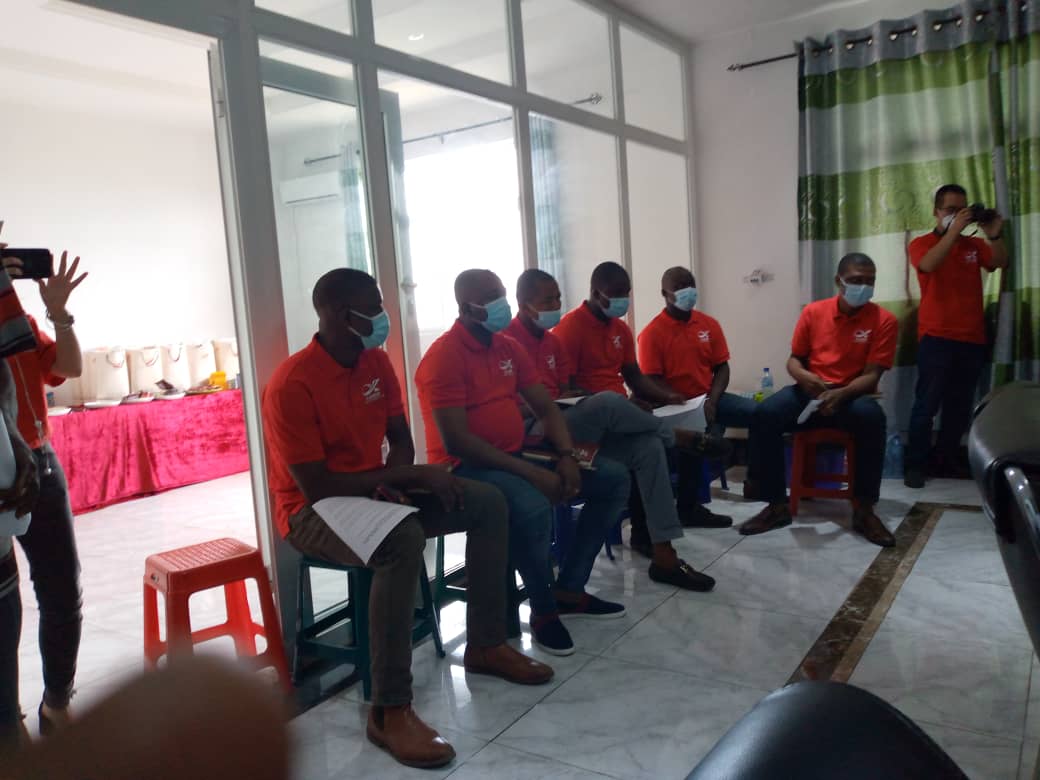 The impasse between the management of a Chinese company, Yong Xing Steel Company, Benin, and some members of staff seems to be at the edge of settlement as the company’s top management staff have resolved to look into demands of the aggrieved members of staff.

Some members of staff mostly junior and contact staff had accused the company of maltreatment, physical assult and illegal deduction of their salaries with little infraction.

The aggrieved members of staff also accused the company management of stoping them from coming together to have a labour union, just as they added that anyone fronting such agitation is being maltreated and victimized.

But speaking with newsmen in an interactive session during the weekend, Managing Director, Young Xing Steel Company, Frank Wang, said the company has been doing it possible best in terms of workers welfare and every entitlement due them, but promised to look into other demands of the workers.

“We are going to address their demands, but the point is that, everyone cannot be satisfied. It is natural. For instance, if one earns say N1m or even N5m, one will still not be satisfied hence demand for more. But I assure you, every demand is going to be looked into,” he promised.

On workers welfare, Mr. Wang said the company provides Personal Protection Equipment to members of staff of the company on monthly basis to make sure they work under safe environment, free accommodation because of the area the company is located and that a partnership with the University of Benin Teaching Hospital, UBTH, for an efficient healthcare for staff.

“We placed premium on the welfare of our workers, just as we have in our own little ways contributed to the development of our host community through Corporate Social Responsibility (CSR). 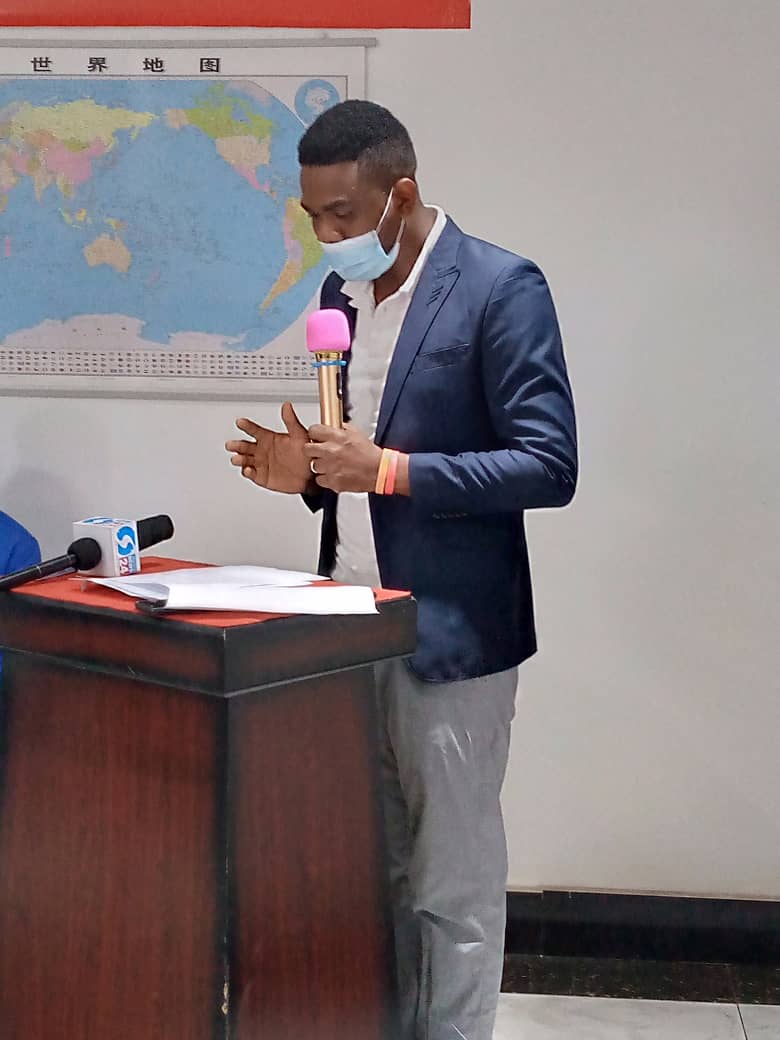 Rep of the MD and Assistant Public Relations Officer, Isaac Olufemi during his presentation at the interactive session.

“As for the staff, we have ensure regular training within and outside the country, provision of shelter, health insurance programme and provision of safety environment to work.

“The management have long time cooperation with UBTH to provide medical treatment for the staff,” (Sic) he added.

Clearing the air on misconception about the company on its Cooperate Social Responsibility, the MD said the company has done so much in terms of providing some social amenities, stressing that during heat of the COVID-19 pandemic, the company provided palliatives to different government institutions, agencies, etc.

He continues, “Nigerian Yong Xing Steel Company has donated market with 50 shops to the host communities.”

“For the community, we have built markets stalls, provision of water and giving out palliative from time to time,” he stated. 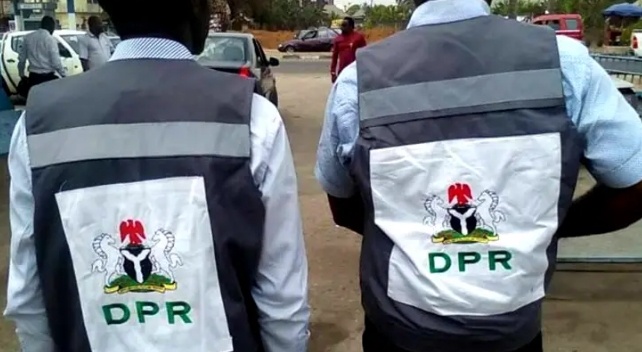 The Federal Government, through the Department of Petroleum Resources, DPR, the regulatory agency in the Nigeria Oil and Gas Industry, has cancelled the operating licences of two oil firms; NOV Oil and Gas Services Nigeria Limited as well as Nov Oilfield Solutions Limited (National Oilwell Varco) over alleged breach of terms and conditions of the Oil and Gas Industry Service Permit, OGISP.

The companies were accused of failing to abide by the rules and regulations governing the release of staff, failure to put in place a Collective Bargaining Agreement, CBA, and for contravening the extant laws within Nigeria Oil and Gas Industry with regards to committing anti-labour infractions and lack of respect for due process.

NOV Nigeria has participated in many projects in Nigeria including the Total Egina project which fetched the company over a billion dollars in the last five (5) years. It currently has ongoing contracts with IOCs in Nigeria.

The cancellation of the licences was the height of the sanctions against the company for its perceived lack of respect for national and international labour laws, conventions, rules, and regulations, including the Trade Union Acts, the Nigerian Constitution and Regulation 15A of the Petroleum Drilling Act (as amended) 2019.

The company paid a fine $250,000 for the infraction in early 2021 and was imposed a fine of another $250,000 on September 29, 2021, with a deadline for payment on October 6, 2021, for deliberately flouting extant laws, procedures and guidelines, while the DPR directed that the terminated workers should be recalled and reinstated.

In a letter titled “Cancellation of Permit to operate as an oil industry service company, Director/CEO of DPR, Engr. Sarki Auwalu, dated October 5, 2021, to the Managing Director, National Oilwell Varco(NOV), insisted that “the permit shall not be re-issued until such a time that your companies are in compliance with the law and statutes.”

Recall that NOV Nigeria has been having a running battle with Organised Labour under the aegis of the Petroleum and Natural Gas Senior Staff Association of Nigeria, PENGASSAN, and regulatory authority and Federal Ministry of Labour and Productivity over anti-labour and unprocedural practices in the country.

The DPR directed the NOV Nigeria Management to put in place a Collective Bargaining Agreement (CBA) and discuss with the union before embarking on redundancy in 2014, which the Management refused to adhere to but went ahead to severe the employees’ employment and a similar thing happened in 2019 when 23 employees who were members of PENGASSAN were sacked in 2020.

Since June 2020, Management and PENGASSAN had engaged in CBA discussions at various times with the intervention of the Federal Ministry of Labour and Productivity, and the DPR.

Speaking on the anti-labour practices, Lagos Zonal Chairman of PENGASSAN, Eyam Abeng, said that the management had been engaging in harassment, victimisation, intimidation and sacking of its workers without following the laid down procedures for releasing of staff.

“This has been the practice of the NOV Management in all its countries of operations. They will come into the country with over 100 local staff and within two years of operations, it will tactically reduce to 4 or 5 staff, while all jobs are gradually off-shored.

“The Union is not averse to redundancy or release of its members but must be carried out in line with the signed CBA and extant laws of the industry in Nigeria. Offshoring of jobs by NOV Oil & Gas Nigeria Limited and NOV Oilfield Solutions Limited or any other company operating in the Oil & Gas industry in Nigeria will not be allowed henceforth. This action/practice is against the Nigeria Petroleum Act.” 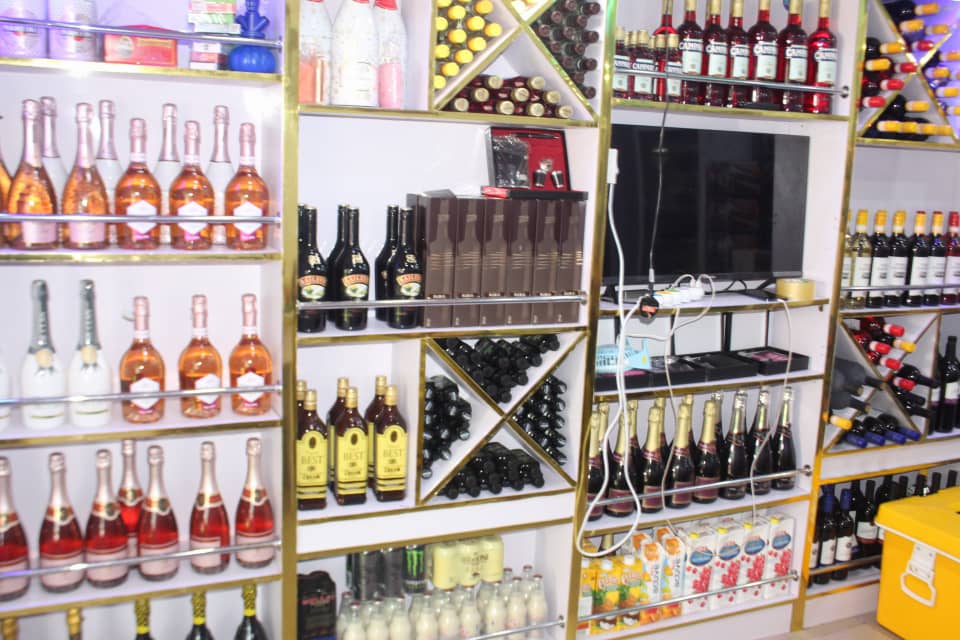 It was glamour, dance and merriment on Sunday, October 10, at Upper Adesuwa, GRA, Benin, the Edo State capital, as a world-class wine store, Happinex Wine Gallery, formally opened for business in the area.

Stocked with other non-alcoholic and alcoholic drinks, Happinex Wine Gallery is strategically located to serve residents of Upper Adesuwa and other nearby areas in GRA, Benin.

Speaking, the Chief Executive Officer, Happinex Wine Gallery, Happy Enoma, said that setting up a standard wine store has been a dream she has been nurturing for long, adding seeing herself owing a wine store is a dream come. 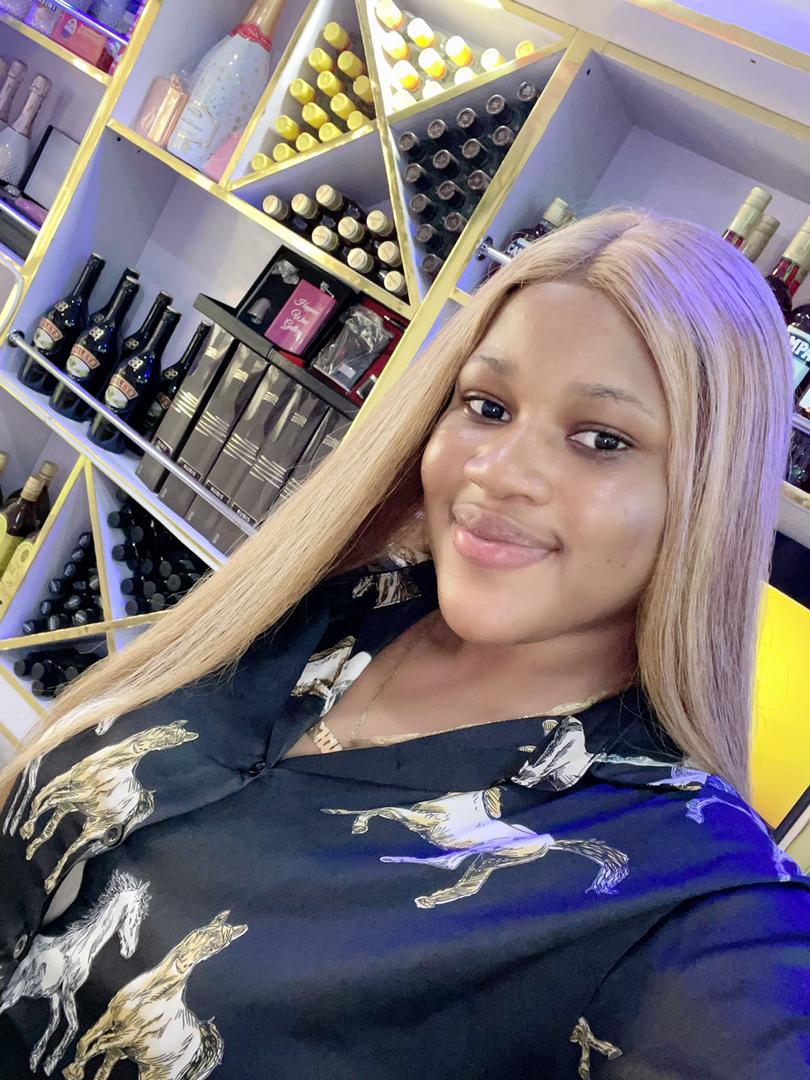 Her friends who came to grace the occasion lauded her for making frantic efforts in making sure her dream comes through.

While describing her as a hardworking, determined and focused person, they congratulated her for owing her personal business which they described as of standard. 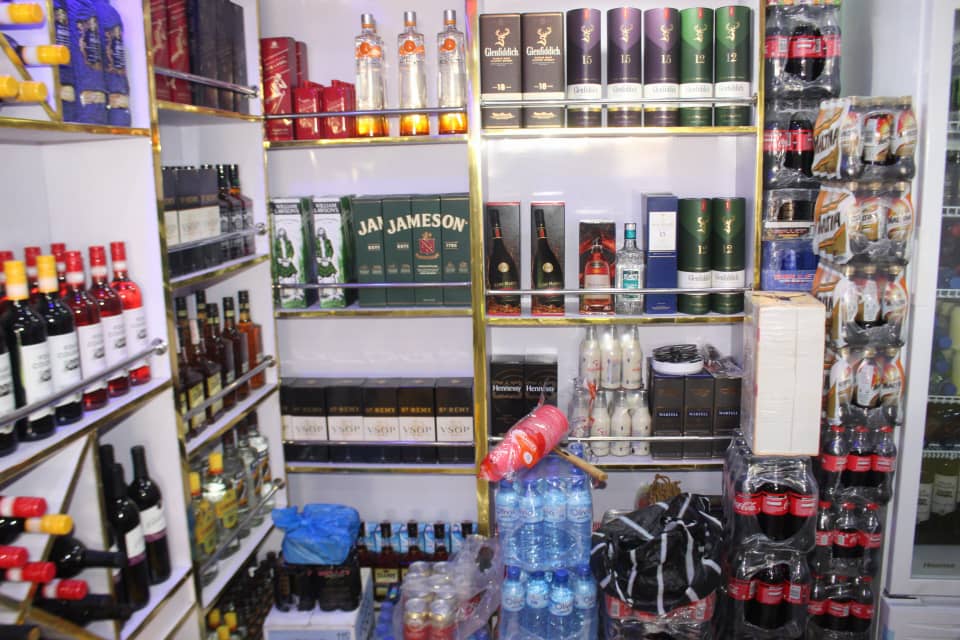 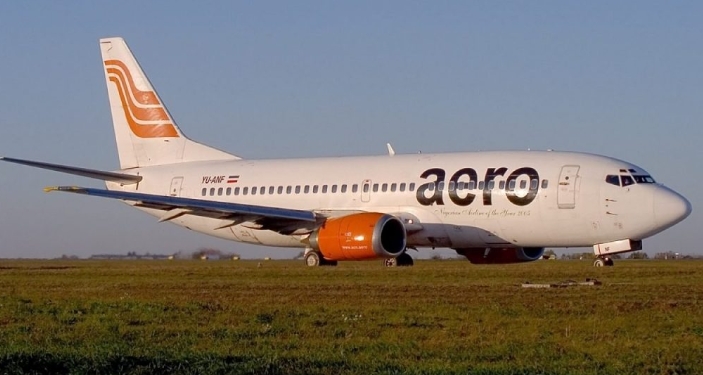 There was outrage at the Margaret Ekpo Airport in Calabar on Sunday, after passengers from Abuja on an Aero Contractor flight found that the airline had deliberately abandoned their luggage before take off.

Airline officials had claimed that passengers were hinted that their luggage would not be flying with them but those affected insisted the airline abandoned their luggage in Abuja on purpose, allegedly to conserve aviation fuel.

Although it is not clear how that could have been possible, but other passengers at the airport claimed the luggage was deboarded in Abuja to make room for airlifting of aviation fuel, reportedly to be used for another flight via Calabar.

Passengers who spoke to DAILY POST, said Sunday’s incident was not the first time the airline was denying passengers of their luggage. Some claimed they had been frequenting the airline, days after their flights and were yet to get their bags.

“My luggage was cleared by FAAN alongside others and we even saw it at the foot of the airline while boarding, which was very deceptive of Aero. I was shocked and angry when I did not see my luggage at arrival here in Calabar. I was told my luggage will arrive tomorrow by 5:30 pm” one of the affected passengers, a journalist, Bishop Onche, lamented.

Nuel, another Abuja-Calabar passenger said, two days after his flight, he was back at the airport, again, to see if his luggage had arrived.

“We arrived here on Friday, they said the aircraft was overcrowded or something like that and they couldn’t carry our bags. So I left, then I came here on Saturday to claim it and they said there was no flight yesterday that’s why I am here today being Sunday only to meet a host of new passengers without luggage too.”

Nuel, a Sound Engineer, lamented that he had very essential work equipment in his luggage for a job he came to Calabar for and was not informed that his luggage would be dumped for that long to shed some weight off the aircraft.

He also decried the attitude of airline officials who allegedly were nonchalant at the plight of passengers.

“This is past 4pm and I have been here for the past one hour and nobody has said anything,” Nuel complained.

Udom Blessing Matthew, another passenger, told DAILY POST that she was in Calabar for a marriage ceremony but two days after the wedding she came to attend, a bag containing her bridesmaids’ dress was still at the airport in Abuja.

Udom said she arrived on Aero contractors 3.10pm flight on Friday, only to discover her luggage was left behind in Abuja.

“I left Abuja on Friday for a wedding which was supposed to hold on Saturday, the dress and hair I was supposed to wear at the wedding are in my luggage and this is Sunday I still haven’t gotten them. I’ve been wearing the same clothes and inner wear since Friday,” Udom cried profusely.

She claimed the airline treated its passengers with disdain as none of those affected had received either a call, a text message or an explanation as to why their luggage was abandoned.

But an Aero Contractors Manager in Calabar, Victor Dan, who spoke to our correspondent said he had called Abuja and was told that the bags would come in on Monday afternoon, however, after a follow-up inquiry, an affected passenger confided in our reporter that he was yet to receive his luggage.

A staff of the Federal Airport Authority of Nigeria, (FAAN) in Calabar, stationed at the Servicom desk said she had recorded the incident and that a report would be sent to the office of the NCAA as it is the responsibility of the agency to sanction the airline.

READ ALSO: Man City’s Defender Denied Bail, To Be Held In Prison Until Next Year

An official of the Nigerian Civil Aviation Authority (NCAA), who simply identified himself as Bruno, said this was not the first time the airline had treated passengers in such a shabby manner.

Bruno explained that though shedding of weight on aircrafts was not new in aviation history, the NCAA Act mandates the airline in question to inform all the affected passengers before take-off.

“And even after take-off, the airline is expected to pay compensation to the affected passengers while ensuring that the luggage is taken to the passengers wherever or whatever address they make available,” Bruno said.

He asked passengers to fill the necessary complaints forms promising to follow up the matter and assured our correspondent that the NCAA would ensure that compensation is paid to affected passengers and their luggage delivered to them.