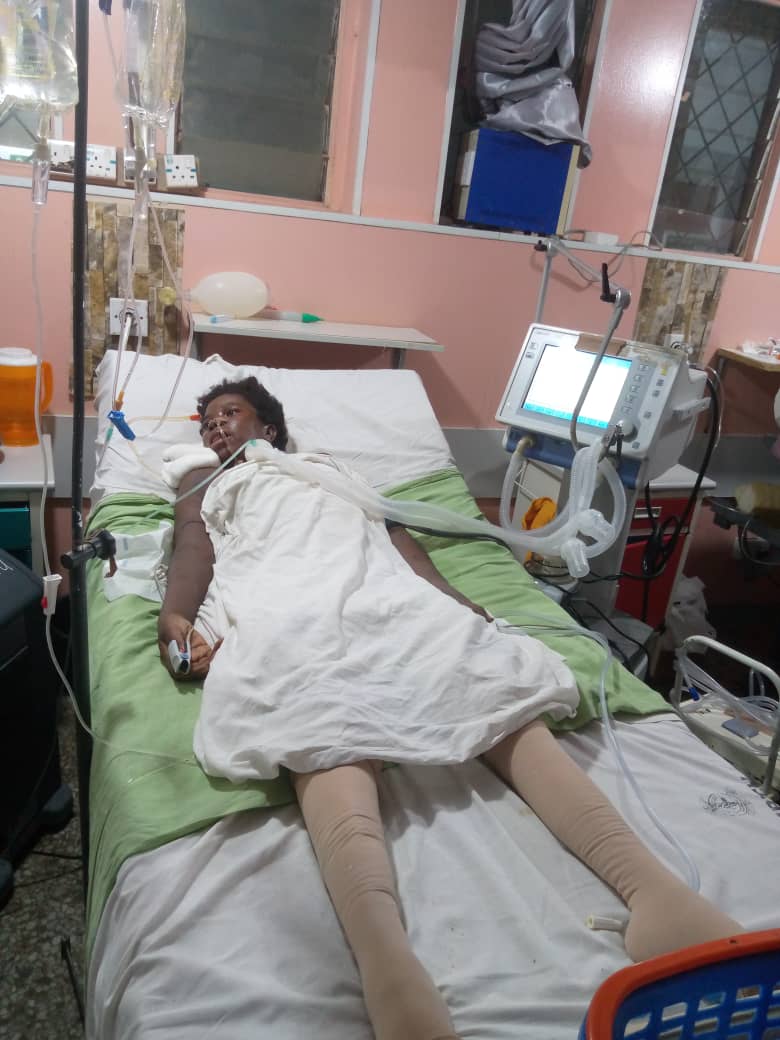 A 33-year-old man, Sunday Saleh, whose wife has spent about two months at the Intensive Care Unit at the University of Benin Teaching Hospital (UBTH), has appealed to well meaning Nigerians, organisations to enable him pay for his wife’s (Mary Saleh) treatment.

Sunday, a gardener in one of the private house in Benin, said he has spent over N500,000 since his wife gave birth on August 8, through cesarean operation.

Saleh, who hails from Taraba State, said, “when she delivered a baby boy on August 9, through operation, her BP shoot up and was rushed to the Intensive Care Unit because she was having breathing difficulty and since then, she has been in coma and on oxygen”.

“I have spent all the money I have, I have been selling my property to make sure that my wife come out alive and also take care of the baby’s feeding.

“I have spent over N500,000 so far including the baby delivery and feeding. The money I am still owing now is over N600,000 and my wife is still on oxygen at the ICU and I am also taking care of the little baby”.

He added: “I have a baby boy before the current. It is now difficult for me to take care of the two and their mother who is battling for her life now”.

“I am calling on government, well meaning Nigerians, corporate organisations to help me because I don’t have money now and I am exhausted financially. The hospital has really been very helpful.”

He said some good Nigerians today ((Monday) donated some money to him to buy baby food for the new baby and some drugs for his wife so that her treatment can continue.

“Now, I really need help because to feed is very difficult for me and the money for ICU is much. They may stop giving her treatment now as I don’t have the money to buy drugs and I am also owing so much,” he said

Meanwhile, a staff of the hospital who spoke on the condition of anonymity said Sunday has been battling to save his wife’s life while also taking care of the baby since August at the ICU.