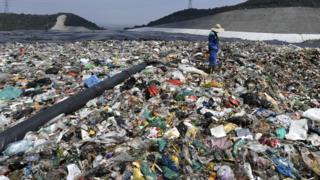 Edo State government says it is considering deregulation of waste management, to help keep the state clean and check flooding in major cities of the state.

General Manager, Waste Management Board, Mr. Charles Osadebamen Imariagbe, disclosed this to our correspondent on Tuesday, in Benin.

He said the arrangement will contribute to government’s effort to evacuate heaps of refuse in parts of the cities, and to avoid possible blockage of drainages or spread diseases.

It would be recalled that major cities across the country have experienced major flooding occasioned by wastes that blocked drainages and waterways.

According to him, “Talking about private dumping activities, we are trying to deregulate waste management.

“We must first of all understand that waste management is a privately-driven business.

“We will also regulate it to ensure that the whole business is done in accordance with with government’s directives.

READ ALSO: Read The Many Sins Of Magu That Led To His Arrest, Detention

“We also try to liberalise dump site management to ensure that private hands are allowed to come in. A lot of effort is going on in that direction as well.

“People who have the capacity will apply to the government, when they have a place they want to use. For now, it’s still am idea, when it is fully conceptualised, there would be a call for expression of interest.

“It would be in different ranges, it could be a setting up of recycling plants. The government will provide them the waste and they do the recycling. The reusable are taken away while the condemned ones are taken back to our dump sites. These are some of the options that we are looking at,” he said.

READ ALSO: CAN Lauds Buhari Over Desolution Of APC NWC

Imariagbe further disclosed that his Board has held meetings with other key holders for plastic recycling, with a view to “have some buy-back-schemes, to take back the plastics from the system and rid the environment of plastics.”

He decried unwillingness by the citizens to pay for refuse evacuated and a situation he called “negative wake-and-see”, where by people would bag their refuse and put them on the walkways under the cover of darkness.

” We feel that is totally unacceptable and is not helping us, we frown at it and we feel it is giving us a bad name as if that is how we are.

Imariagbe charged citizens of the state to see waste management, not all about government alone, but as a collective duty.