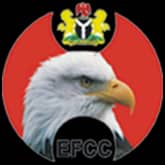 The Economic and Financial Crimes Commission (EFCC), is in receipt of a petition to investigate a Senior Advocate of Nigeria (SAN), Yakubu Maikyau, over an alleged contract fraud.

In the petition by a body under the aegis of Group Against Corruption and dated June 14, 2022, the SAN was alleged to have reneged on the fulfilment of the agreement on a contract sum of NI, 310,195,055 awarded by Kebbi State Government to a company in which he (Maikyau) is alleged to have interest.

According to the petition signed by one Mr Benjamin David, the contract was meant for the supply of beds to Kalgo Local Government Area of Kebbi State but that the said items were never supplied in full even after reportedly collecting an upfront sum of N786,117,033 by Swiss Biostadt, the company introduced to Kebbi government by Maikyau.

The group thereby urged the commission to ensure a proper investigation into the matter.

Part of the petition addressed to the commission chairman reads: “Sir, it is baffling for a person of Maikyau who has reached the peak of his legal career to bring a company that siphoned money that was meant to provide essential facilities that would have strengthened the health delivery services in Kebbi State.

He was paid huge amount of money for the purported services rendered without remittance of taxes for the corresponding payments.

“Sir, it is within the avowed constitutional responsibilities of all persons and institutions of government in Nigeria to expose suspicious financial scandals in order to ensure a corrupt free society and the leaders are enjoined to swiftly act in the interest of peaceful society.

“Consequent upon the foregoing, we urge you to use your good offices and direct your proficient officers to do the following: Investigate the contract awarded to Swiss Biostadt Limited.

“Track and trace the linkage of the contract sum with Maikyau, investigate the payments for which taxes were not remitted to the Government coppers by Maikyau and prosecute those involved and recover the looted funds and ensure completion of the project.”

Attached with the petition are vouchers to show evidence of payment to Maikyau.

Advertisement
Related Topics:EFCCYakubu
Up Next