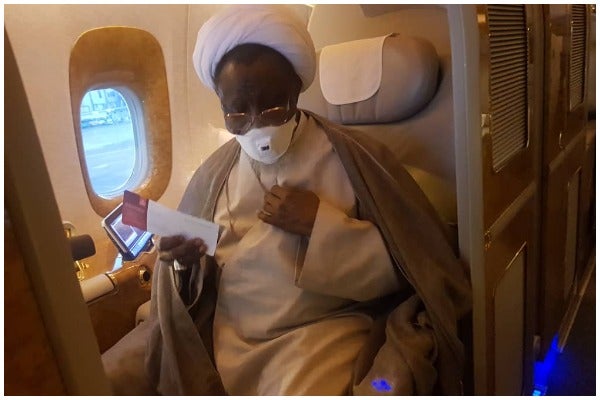 The Attorney-General of the Federation and Minister of Justice, Mr. Abubakar Malami (SAN), said on Friday that the leader of the Islamic Movement of Nigeria,  Sheikh Ibrahim El-Zakzaky, and his wife, Zeenat, were not released because they were being prosecuted by a state government.

He said this in a statement by his spokesman, Dr. Umar Gwandu, who quoted him as speaking to the BBC Hausa and the Hausa Service of the Voice of America.

Explaining why El-Zakzaky and his wife were not released like Dasuki and Sowore, Malami said, “The Federal Government does not interfere with the cases that are being prosecuted by a state government.

“El-Zakzaky and his wife are being prosecuted by the Kaduna State government on charges of murder.”

He, however, said that the release of the Sahara Reporters publisher, Omoyele Sowore, and a former National Security Adviser, Sambo Dasuki, from detention by the Federal Government was based on compassionate grounds.

YOU MAY ALSO LIKE: A Week After, Abductors Set Ondo Monarch’s Wife, Daughters Free

Malami maintained that their release was not due to any domestic or international pressure.

He said, “The only reasons for the release of Omoyele Sowore and Sambo Dasuki revolved around our commitment to the rule of law, obedience to court orders and compassionate grounds.

“It is important to understand the fact that as far as the law is concerned and in relation to the Nigerian justice system, one has multiple options after a court has ruled on a matter.”