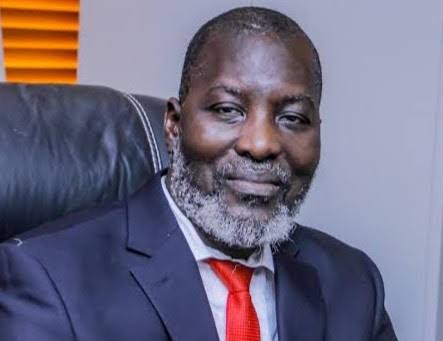 A statement signed by Segun Orisajo, Head, Public Relations and made available to our correspondent, said the elder statesman made the remarks when members of the Planning Implementation Committee (PIC) for the proposed University of Medicine and Medical Sciences paid a congratulatory visit on the Medical Director.

Led by its Chairman and former Vice Chancellor of FUNAAB, Prof Olaiya Balogun, the high Egba Chief noted with regret that the centre had gone through “trauma arising from self inflicted injury”

He therefore urged the hospital community to close ranks and henceforth work as a united family in the interest of the Centre.

Speaking earlier, the PIC Chairman, Prof Balogun commended the Medical Director for the monumental achievements recorded in his first term

“I cannot see any first generation public hospital that will push this centre aside. It is not an exaggeration that FMC Abeokuta is more than a Teaching Hospital,” he  noted.

On the proposed University of Medicine and Medical Sciences, Prof Balogun said history will judge Prof Musa-Olomu “positively because it is very rare for an individual to conceptualize the idea of transiting an FMC into a teaching hospital and vigorously pursuing the vision.”

Prof Balogun noted with delight that the Committee was already “approaching the end of the tunnel” in getting the university established.

Responding, the Medical Director said he saw the three months that he was out of office as ” moments of trials from God” promising to play the role of a “father” at restoring lasting peace into the centre.

He thanked his guests including the former CMD of Olabisi Onabanjo University Teaching Hospital, Prof Alausa for their deep interest in the progress of the Centre. 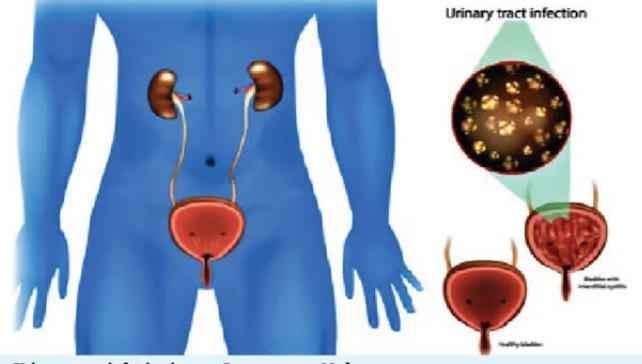 A medical expert has urged older men to take better care of their prostate health to prevent other health complications.

The expert, a Professor of Surgery, Kehinde Tijani, noted that the poor state of prostate health is a major reason for the increasing incidence of urinary tract infections among older men.

Recall that it was recently reported that 75-year-old former president of the US, Bill Clinton was hospitalised at the University of California, Irvine Medical Centre, due to a urinary tract infection.

According to reports, an aide to the former president confirmed that he had a urological infection that spread to his bloodstream but was on the mend.

Recall also that after a few days at the hospital, Clinton was discharged and, in a video, said, he was on the road to recovery.

Though UTIs are more common in women, Tijani, who is also a consultant urologist, said men also suffer from this infection.

According to the consultant urologist, while cases of UTI are rare among young men, it is quite prevalent in men from 50 years of age. This, he said, is due to the state of the prostate.

Speaking with PUNCH HealthWise, Professor Tijani said, “UTI is more common in women than men because the urethra is closer to the anus in women than in men. So, because most UTIs usually come from the anus, that is the major thing. But, yes, men have it but it is not common.

“It becomes more common in men as they become elderly from the 50s and 60s because of the prostate but generally young men rarely have it unless there is an underlying cause.”

He explained that the reason why older men are prone to UTIs is because of the inability of urine to flow freely through the prostate.

Using an analogy, the professor said, “If you have a gutter that is flowing very well, things will not grow in it but if the gutter is stationary and something blocks it, things will start growing in that gutter. That is the same thing with the urinary tract in men.

The Osun State Commissioner for Health, Dr. Rafiu Isamotu, has revealed that pregnancy among many sexually active teenage girls is on the increase due to lack of selfcare and poor parenting.

Dr. Isamotu made this known Thursday in Osogbo while delivering an address at a seminar organised by the Federal Ministry of Health, Public Health Department.

He noted that many sexually active young girls got pregnant prematurely with a high tendency to procure illegal abortions which may result in mortality.

The commissioner said, “others who eventually deliver these babies lack the psychological and material requirements for raising a child. These situation thereby result in poorly raised children who end up becoming a menace to the society.”

In his contribution, the Director of Reproductive Health, Federal Ministry of Health, Dr. Kayode Afolabi, who was represented by Remi Bajomo, Deputy Director of Reproductive Health,
explained that selfcare delivery was a new innovation to enable women attend to their health by themselves, without requiring the services of any health care provider.

Dr. Afolabi had stressed that states and local governments had enormous responsibilities of ensuring that the message on the national guidelines on selfcare was taken to the rural areas where it was much needed because of the high percentage of people with limited literacy who reside in them.

Remarking, Dr. Adewale Adefalu, Country Coordinator, John Show Incorporated, stated that one of the selfcare products which is delivered through syringes could be administered individually.

He explained that it provided women of reproductive age with three additional months of contraceptive coverage, adding that the barriers associated with facility-based care such as cost, access and stigma were removed from the process.

The Director-General of the Nigeria Blood Services Commission, Dr Omale Joseph, has alleged that many Nigerian hospitals are giving expired blood to their patients.

He also said that many are selling blood donated to them by individuals to keep in the blood bank for use when necessary.

Omale made the disclosure, Thursday evening, while briefing journalists in the House of Representatives on the heels of the establishment of the new Commission aided by a Bill sponsored by Hon Abbas Tajudeen (APC, Kaduna) recently signed into law by President Muhammadu Buhari.

Responding to questions on the need to inject sanity into the process of blood handling, utilisation and administration in Nigeria, the DG said that many officials in hospitals were cutting corners in the blood administration.

According to him, safe blood has a lifespan of 35 days after which it becomes unsafe to use.

He also stated that some individuals now commercialise blood, donating it for fees ranging between N20,000 and above.

He, however, said that the new Commission was out to stop the inhuman practices.

Omale also said that blood banks and centres will be established in the 36 states and local governments in the country to save lives in the hinterlands.

He said: “A unit of blood it is taken out expires between 30 and 35 days. If you don’t transfuse this blood within that period and it gets to 35 days, it has to be thrown away. But people still keep them in their fridge and transfuse them.

“Based on the act we have now, we are trying to ensure, working on our people to make sure that at each point in time, Nigeria has a minimum of safe blood place.

“And this blood, we are going to warehouse them in the 6 geopolitical zones with additional Port Harcourt, Lagos, and Kano so that any part of the country where blood is required in large quantity, we can always mobilize from that centre to where it is needed. There is no need to say we don’t have blood.

“Another area the Act would help is the issue of increasing the outlets where people can get blood.

“For example, you rarely get blood banks outside major hospitals. Most of the states are only making do with only one or two blood banks.

“The establishment of the commission would ensure that not only state governments and their big tertiary hospitals would have blood banks, but every local government should have at least a blood bank, so that people in need would be able to access it easily and cheaply.”

Omale also appealed to Nigerians to cultivate the culture of donating blood to help them rejuvenate.

“Blood donation is necessary to keep one healthy. Once you donate blood, new cells come up to replenish the one you’ve donated, because blood produced by the body expires over time and is reabsorbed by the body.

“But when removed from the body through donation, it gives room for new blood cells which makes the donor more healthy”, he said.