In an effort to providing succour to the less privileged, wife of Bauchi State governor, Aisha Bala Mohammed, on behalf of her foundation (Almuhibbah Foundation), on Monday February 10, distributed tricycles and cash worth Millions of naira as empowerment to some beneficiaries.

The act by the Foundation was also aimed at promoting small businesses and palliative measure to the less previleged.

Aisha used the occasion to re-emphasized that the project was initiated to empower women and youth whom accroding to her are vulnerable in the society.

“Societal challenges like poverty and illiteracy can be mitigated through such empowerment schemes, hence the need for the beneficiaries to redouble effort in boosting their business with the little they got”, she added.

The Founder also appealed to the State Government, NGOs, corporate organizations and wealthy individuals to focus more on women and youths empowerment programmes.

She said, “This appeal has become imperative considering the high rate of unemployment and poverty ravaging our region.”

“This can be achieved through consistent and diligent implementation of government policies and programmes, especially those policies that bothers around poverty alleviation and empowerment”. 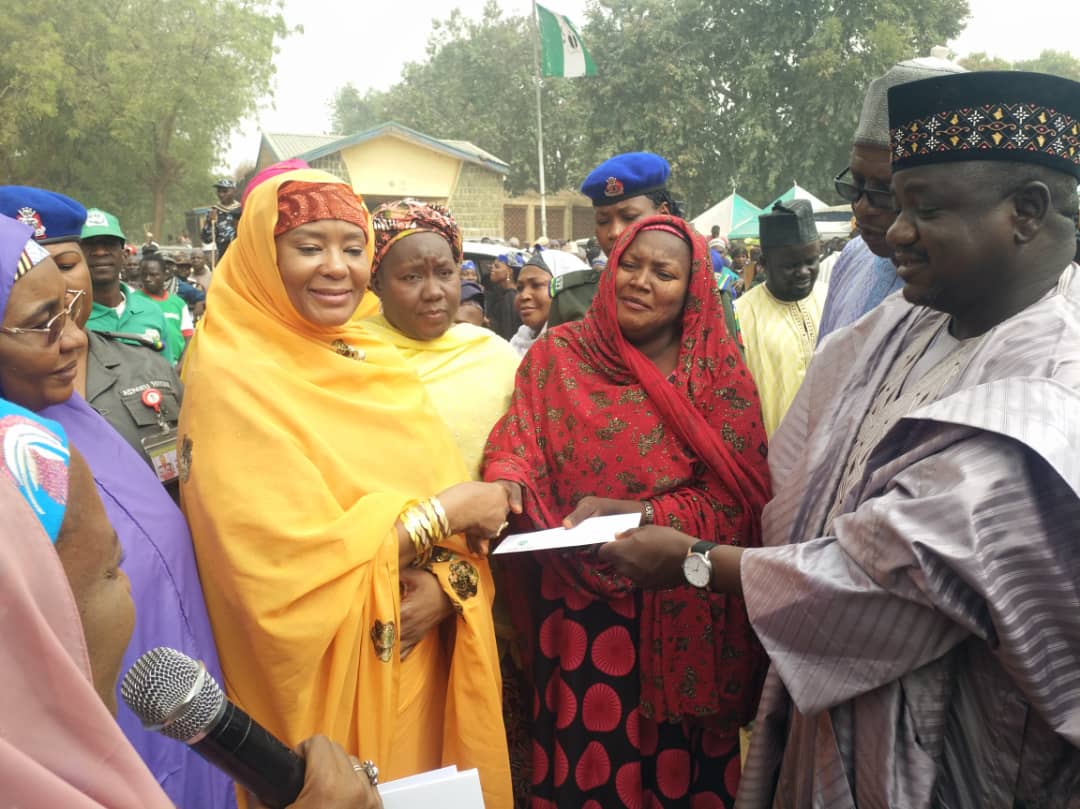 Aisha used the occasion to commission the Foundation’s office in Alkaleri Town which, according to her, will bring the activities of the Foundation closer to the people of the area.

In his remark, Caretaker Committee Chairman of Alkaleri Local Government Area, Yusuf Garba Alkaleri, commended the giant stride of Almuhibbah Foundation for bringing succour to the less privileged in the society, describing the gesture as a starting point for economic prosperity.

Those items distributed include Sewing and Knitting Machines, Pasta Making Machine as well as cash to serve as moral booster to informal sector of the economy.

Some beneficiaries thanked the Foundation and assured their readiness to translate the gesture into business venture.

Drama As South African President, Ramaphosa Cries Out Over Missing iPad On Television