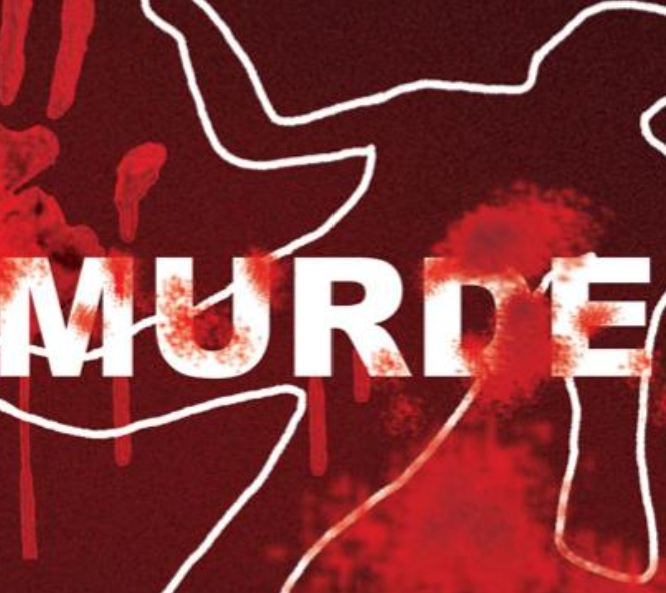 A man, Ibrahim Dauda, has allegedly killed his brother, Tunde, during a fight over N1,000 at their residence on Amusa Street, off Community Road, in the Obadore area of Igando, Lagos State.

It was gathered that Ibrahim and Tunde were at home when an argument bordering on N1,000 ensued between them.

Ii was learnt that the argument degenerated and the brothers were said to be engaging in fisticuffs when Ibrahim ran into the house and reached for an iron rod.

On returning, Ibrahim reportedly used the rod to hit Tunde’s forehead and the impact of the attack caused the 27-year-old to lose consciousness while he fell.

A source, while speaking with The PUNCH, said in a bid to rescue Tunde, people rushed him to the Igando General Hospital, adding that one of the doctors on duty confirmed him dead.

The source said, “The incident happened on Sunday, January 29, 2023. Both of them were fighting over N1, 000 and in the process, one of the brothers (Ibrahim) used an iron rod to hit his brother (Tunde) on his forehead.

“People quickly rushed him to the general hospital in Igando but he was confirmed dead. His corpse was evacuated and taken to the Mainland General Hospital, Yaba, for autopsy.”

It was gathered that policemen attached to the Igando Division arrested Ibrahim.

The state Police Public Relations Officer, SP Benjamin Hundeyin, had yet to take his calls or reply to a text message about the incident sent to his mobile number as of the time this report was filed on Monday.

The PUNCH reports that there have been increasing cases of siblings engaging in fights leading to deaths in the state.

In September 2022, it was reported that the police command in the state arrested one Monday Nnime for allegedly stabbing his brother, John, to death over a misunderstanding bordering on N1, 500.

The incident took place at the deceased’s residence in the Odokekere area of Ikorodu North Local Council Development Area of the state.

The misunderstanding over the money was said to have caused an argument and Monday allegedly used an object to stab his younger brother in the neck, killing him in the process.

Also in the state, one Chisom Eze allegedly killed his 19-year-old brother, Henry, during a fight over a bottle of soft drink at their residence on Johnson Street, in the Alaba area of the state.

Chisom was said to have left the drink in the house and stepped out to attend to an issue, but when he returned, he discovered that Henry had taken advantage of his absence to consume the drink.

Angered by his brother’s action, Chisom reportedly grabbed a knife and stabbed Henry in the neck. The teenager died due to the injuries he sustained during the attack.

Also in April 2021, the state police command confirmed the killing of a businessman, Uchenna Njoku, by his younger brother, Chukwuma, during an argument over N3,000 debt.

It was gathered that Chukwuma visited Uchenna when the deceased asked his brother to pay the N3,000 he owed him, but in the process, an argument ensued between the brothers, which degenerated into a fight.

Reacting, a security expert, Dickson Osajie, while describing the events that led to Tunde’s death as a terrible experience, urged the National Orientation Agency to continuously sensitise Nigerians on the need to live in peace and the consequences of crime.

Osajie said, “The incident is terrible and we are losing value and morals in our society. Growing up, brothers usually engage in fights but they shouldn’t lead to taking arms to kill one another. But Nigerians are frustrated, a lot of people are frustrated and at any given instance, they want to vent their anger.

“The fact that Tunde engaged in a fight with his brother over N1,000 is normal in society but they went too far with it, and it led to the death of Tunde. For me, we need to start looking at parental upbringings, so that brothers don’t engage one another in trivial issues and kill one another.

“It is rampant in Nigeria; if everybody is comfortable, I don’t think they would be engaging in any fight that will lead to deaths. I will advise that the National Orientation Agency should engage in continuous orientation to sensitise Nigerians on the need to live in peace and also the consequences of crime and punishment.”
PUNCH

A prosecution witness, Mrs Uche Uwalaka, on Monday told a Lagos State High Court sitting at Tafawa Balewa Square, that a murder suspect, Benjamin Ogudoro, who allegedly burnt his wife and brother-in-law to death, has caused her family a lot of pain.

Uwalaka, sister to Chinyere Ogundoro and Ifeanyi Edeziem who were burnt to death by her husband, Benjamin said her mother is late and currently in the mortuary as a result of pain, and shock arising from the incident of the loss of her two children on the same day.

The witness, who was led in evidence in chief by the Director of Public Prosecution, Dr Babajide Martins, stated that the action of the defendant has led her only brother’s wife to become a widow and her late sister’s four children stranded.

“I am pleading for justice because of the pain of losing my siblings to the action of the defendant,” she said.

The defendant is standing trial for alleged murder before Justice Sherifat Sonaike.

Ogundoro, 50, was arraigned on December 7, 2022, on a four-count charge of murder preferred against him by the Lagos State Government.

He was alleged to have killed his wife, Chinyere, who had just returned from Scotland, and her brother, Ifeanyi, by setting them ablaze.

The prosecution said the incident happened on April 1, 2022, at about 3.30am, at House 5, Zone 7, Oteyi Garden Estate Abule Ado, in the Amuwo Odofin area of Lagos state.

The state alleged that the defendant poured petrol on the bodies of his wife and his brother-in-law, Ifeanyi, and the mattress and set them ablaze while asleep, which led to their death.

According to the prosecution, the offences committed contravened Sections 223 and 341, of the criminal law of Lagos State 2015.

However, the defendant pleaded not guilty to the charge against him and the trial commenced immediately.

At the resumed hearing of the case on Monday, the deceased’s sister concluded her testimony and was cross-examined.

She explained that her late brother told her what transpired before he died while she was with him at the hospital.

The second prosecution witness Stanley Ulasi, a former tenant of the defendant also narrated to the court how the two siblings were burnt to death.

The case was adjourned till February 16, for the continuation of trial. The death toll from the clash between terrorists and the Yansakai Group in Bakori Local Government Area of Katsina State has risen above 100, residents say.

This figure comes shortly after Governor Aminu Masari of the State sent a delegation under the leadership of Secretary to the State Government, Alhaji Muntari Lawal to condole with families of the victims.

Residents of the affected communities put the number of those killed at over one hundred, stating that more corpses are being recovered from the area as some persons in the communities are still missing.

One of the residents who hails from Guga village, Abubakar Hashimu, told Channels TV that even on Friday, 63 people were buried, and on Saturday, a canter vehicle was also brought loaded with over 30 corpses, “we are still anticipating more bodies”.

According to Hashimu, more than 100 have died so far.

According to sources, the incident happened on Thursday after several cows were rustled on Wednesday by the terrorists.

Many persons have deserted their various communities due to the incidence, even as fears of further violence spreads.

The state’s delegation led by Secretary to the Katsina State Government, Alhaji Muntari Lawal, visited Guga, Yargoje, Gidan Gamji communities on Sunday to condole with the people, describing the situation as highly tragic for not only the victims and their families, but also for the government.

Lawal called on the residents to learn how to defend themselves as such situation can not be singlehandedly treated by the government or security agencies alone.

“The actual number of those killed cannot be ascertained because they are still counting the death, nobody can tell you the accurate figure because some of the bodies are scattered in the bush, they have to go and retrieve them.

“As we are counting the number, so also the bandits. So people should learn to be caurageous enough to confront the devil before they finish them.

“Don’t wait for Government, before Government intervenes the damage has been done, so organize yourselves to confront them,” Lawal asserted.

The Katsina State Government had on Friday announced plans to inaugurate a commission of inquiry to investigate the immediate and remote causes of the killings.

This according to the Special Adviser to the governor on Security Matters, Alhaji Ibrahim Ahmad Katsina is to remain proactive in addressing this type of problem that led to some casualties which is he said still being investigated.

Katsina explained that, not all the bodies recovered are members of the volunteer Yansakai group but also belong to the terrorists.

While symphasizing with families of the victims, Katsina urged members of the public to stop taking laws into their hands and ensure that they always cooperate with security agencies in their areas.

He maintained that, the state government was on top of the situation, adding that, normalcy has since returned to the area and security forces have dominated the scene.