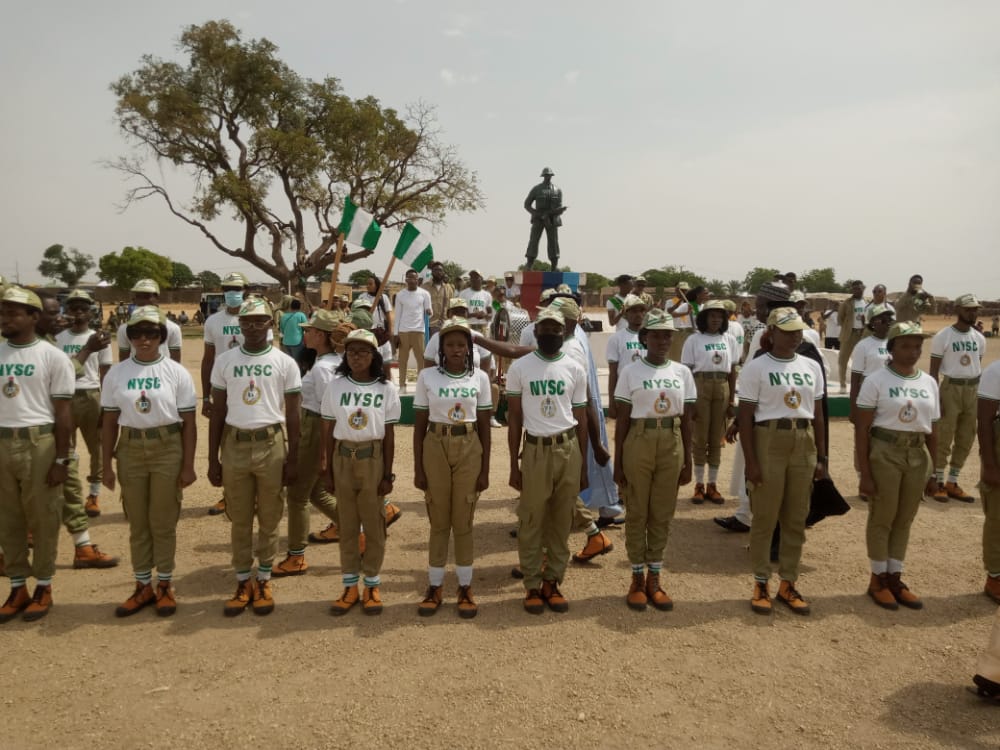 Gov. Bala Mohammed of Bauchi state, on Thursday applauded what he described as the laudable contributions of the National Youth Service Corps (NYSC) particularly, its health initiative for rural dwellers programme in the state.

Mohammed gave the applause during the passing out parade for 777 2021 Batch “A” stream II corps members in the state.

He said, the catalogue of achievements recorded by the corps members in the state in the area of community development service was highly commendable, and that the citizens appreciated them for such.

“The entire citizens of Bauchi state whom you have served and you have been serving in the last one year appreciate and applaud your laudable contributions.

“Indeed, you are leaving behind footprints that would remain indelible in the history of the state.

“Your evaluation and assessment records indicated that most of you had been exemplary in your behaviour and I hope you will continue to conduct yourselves in a selfless manner.

“The state equally appreciates your laudable contributions particularly in the healthcare sector.

“The NYSC health initiative for rural dwellers programme has touched the lives of our rural communities.

“I urge the managers of the scheme to sustain the programme while assuring you of our total support,” he said.

Represented by the Chief of Staff, Aminu Gamawa, Mohammed also commended the Director General of NYSC, Maj-.Gen Shuaibu Ibrahim for his exemplary leadership and various innovations introduced, which he said had transformed the scheme positively.

The governor said, in line with the objectives of NYSC, he expected that many of the corps members would stay back and start life afresh in the state, adding that many of their predecessors had taken the right decisions in that regard.

“I particularly thank those who distinguished themselves and received special recognition for their service but I will like to say that we are very proud of the service rendered by each and everyone of you in the state.

“Bauchi state is a peaceful state and the government would leave no stone unturned to ensure that we curtail acts of criminality and conflict.

“I urge you to take advantage of this peaceful atmosphere and the opportunity in the state and explore the various opportunities that are available here,” he said.

Earlier, the state Coordinator of NYSC, Alhaji Namadi Abubakar, had said that the corps members did not only render their primary assignment creditably, but also embarked on numerous Community Development Programmes.

He added that the programmes ranged from construction works; infrastructural improvement to health services extension and other social services as well as aggressive awareness campaign on Covid-19 Pandemic, Lassa Fever, among others.

“My profound appreciation for the success of the service year goes to the government and peace-loving people of Bauchi State, Security Agencies, Community Leaders, Employers of Corps labour and others who created the conducive atmosphere for the corps members to exhibit their natural talents and skills,” he said.

Corps member Omomoh Oshiozuwe with NYSC number BA/21A/1355 and Yusuf Mazai with BA/21A/2033 were presented to the state government for the bestowal of the state award for distinguished service. 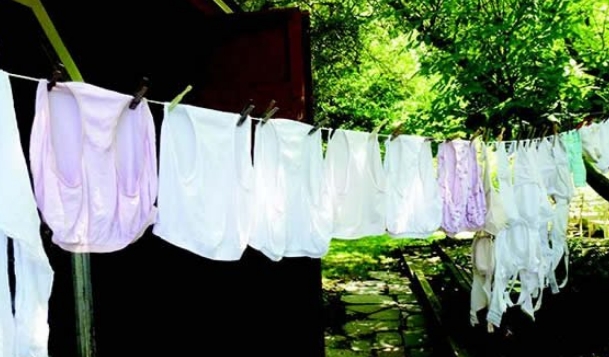 A Medical Laboratory Scientist, Obinna Chukwudi, has cautioned women against wearing underwear for more than 24 hours if they want to maintain good feminine hygiene.

The microbiologist who works at the Department of Microbiology, Nnamdi Azikiwe University Teaching Hospital, Nnewi, Anambra State, said the discharge and moisture buildup from the underwear provides a breeding ground for bacteria, and yeast infections contaminated with faecal and urine matter.

Speaking in an interview with PUNCH HealthWise, Chukwudi said the accumulated discharge and moisture can lead to a lingering foul odour and a change in vagina pH level.

According to him, “underwear should not be worn for more than 24 hours. If a woman wears a pant for more than 24 hours, what happens is that the bacteria must have accumulated over time because of the sweat and other secretions coming out, which you don’t usually see, and that is why over time you begin to see underwear changing colour – sometimes white and sometimes grey.

“The secretions stay there over time and if you do not wash it off after the 24 hours, the woman could develop infections. Again, there could be a change in vaginal pH, because of the secretions being produced which could lead to vaginosis.”

Experts say a normal vaginal pH level is between 3.8 and 4.5, which is moderately acidic.

READ ALSO: The dangers of eating too much restaurant food

Bacterial vaginosis is a type of vaginal inflammation caused by the overgrowth of bacteria naturally found in the vagina, which upsets the natural balance. Though many women with this condition have no signs and symptoms, experts say some signs and symptoms include thin, gray, white, or green vaginal discharge, foul-smelling ‘fishy’ vaginal odour, vaginal itching, and burning during urination. Many women with bacterial vaginosis, however, have no signs or symptoms.

According to an online health portal, Mayo Clinic – a medical center focused on integrated health care, education, and research – bacterial vaginosis results from an overgrowth of one of several bacteria naturally found in the vaginal.

“Usually, ‘good’ bacteria (lactobacilli) outnumber ‘bad’ bacteria (anaerobes). But, if there are too many anaerobic bacteria, they upset the natural balance of microorganisms in the vagina and cause bacterial vaginosis,” Mayo Clinic noted.

Continuing, Chukwudi said “vaginosis can cause discomfort and they can experience odour coming from the private part.

“For the men, you could pardon them because the penis is not in direct contact most of the time and the opening is not wide enough to have enough loads of bacteria. But ideally, underwear should not be worn for more than 24 hours.”

Eat Enough Of This Nutrient To Lower Type 2 Diabetes Risk 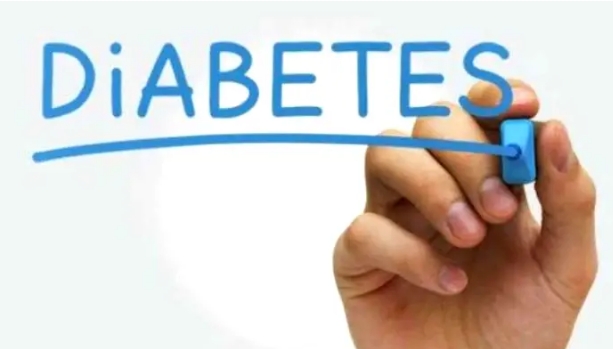 Eating a healthy, balanced diet that provides all the essential nutrients in appropriate quantities is crucial to preventing and managing type 2 diabetes. While all nutrients contribute to health, some are superior to others for regulating blood sugar, and magnesium is one such nutrient.

Magnesium is the fourth most common mineral in the body after calcium, sodium, and potassium. Your body needs it for more than 300 chemical reactions, including making protein, producing energy, regulating blood pressure, and of course, controlling blood sugar. Magnesium controls blood sugar by making the cells in your body more sensitive to insulin and promoting insulin secretion from the beta cells in the pancreases

If you are deficient or don’t eat enough magnesium, the cells in your body are less able to absorb glucose from your bloodstream, your pancreas produces insufficient insulin, and insulin is less able to do its job, that is, removing excess glucose from the blood. All these factors lead to insulin resistance, a key player in type 2 diabetes. Many studies support magnesium’s role by showing that people with diabetes have lower magnesium levels than people without diabetes.

The daily recommended dietary intake (RDI) for magnesium is 420mg for men and 320mg for women, and you can easily get this by eating a wide range of plant foods. Magnesium is abundant in green leafy vegetables such as waterleaf, efo, afang, and hot leaf (uziza). It is also present in nuts and seeds, including almonds, cashews, sesame seeds (benniseed), sunflower seeds and pumpkin seeds.

Unrefined grains (brown rice, ofada rice, steel-cut oats) are a source of magnesium but refined and processed grains such as white rice, have lost up to 97% of their magnesium, making them poor sources. For this reason, it is better to rely on vegetables, fruits (bananas, pawpaw, guava, grapefruit), legumes (beans, lentils and peas), nuts and seeds for magnesium if you eat a lot of refined grains. It is also vital to reduce your alcohol, caffeine and sugar intake because they deplete the body’s magnesium stores.

Finally, it is best to get magnesium from food because unlike supplements, your body can easily remove excess. Excess magnesium intake from supplements can cause diarrhoea, low blood pressure, muscle weakness, confusion and poor kidney function. If you choose to use a supplement, take no more than 350mg daily.

A two-day training has ended in Enugu, with journalists and members of the Civil Society Organizations, CSOs, launching a detailed action against Trans-Fat.

At the training, it was harped that Trans-Fat remains a major cause of cardiovascular diseases.

It was then agreed to sustain current advocacy against industrial Trans-Fat Acids (TFAs) oils to check the spate of cardiovascular diseases.

In his opening speech at the training, the Enugu State Commissioner for Health, Prof. Ikechukwu Obi, commended the organizers, Corporate Accountability and Public Participation Africa (CAPPA), for putting in place the Journalism Training on Trans-Fat Reporting.

Obi noted that journalists were critical stakeholders in health education and awareness, adding that they must ensure they get correct, factual and understandable health information that would benefit the public.

According to him, journalists should not allow medical professional becloud them with lots of technical health terminologies, but always learn to ask them to break the words in simple ordinary language meant for understanding of the layman.

“Journalists should try as much as possible to simplify medical terms for clear understanding of the layman. Accurate information passed in an easily understandable language will ensure that misconceptions and misinterpretation are checked in health reporting,” he said.

On the need to stop use of TFAs oils, the commissioner said that the citizens of the country have to be mindful of what they eat and check fatty and oil intakes to stem the tide of cardiovascular diseases in the country.

Obi, however, lauded NAFDAC for coming out with a draft regulation to check the use and consumption industrial TFAs in the country.

The commissioner assured journalists and other stakeholders in the fight against TFAs of collaboration to ensure that “we conquer, as we have done in Ebola, polio and other diseases”.

He said that the state was committed to working with NAFDAC, CAPPA and others in safe-guarding the health of all Nigerians.

Earlier, the Executive Director of CAPPA, Mr Olufemi Akinbode, said that the workshop was meant to x-ray the dangers of TFAs as well as equipping journalists with necessary knowledge and stakeholders’ contacts that would help enrich their reportage.

According to Akinbode, “we want journalists to use their media advocacy and awareness to influence policy makers and government regulators on making laws and health regulations to check the industrial TFAs.

“Journalists are expected to use their reportage to create awareness of the dangers of TFAs on the people and we achieve appreciable reduction in use of TFAs oil in our meals so that our people will remain healthy,” he said.

Dr Jerome Mafeni, Technical Director on TFAs with Network for Health Equity and Development, lauded CAPPA and its partners on the sustenance of the advocacy against TFAs, as well as for mobilizing the media to join actively in the fight.

Mrs Joy Amafah, Nigeria in-Country Coordinator of Global Health Advocacy Incubator (GHAI), noted that there was no way you can run a successful campaign meant to influence the attitude of the public without using the media.

“I look forward for a successful engagement and outcome on TFAs education and advocacy,” Amafah said.

DAILY POST reports that the two-day workshop was attended by journalists from across the South-East States.