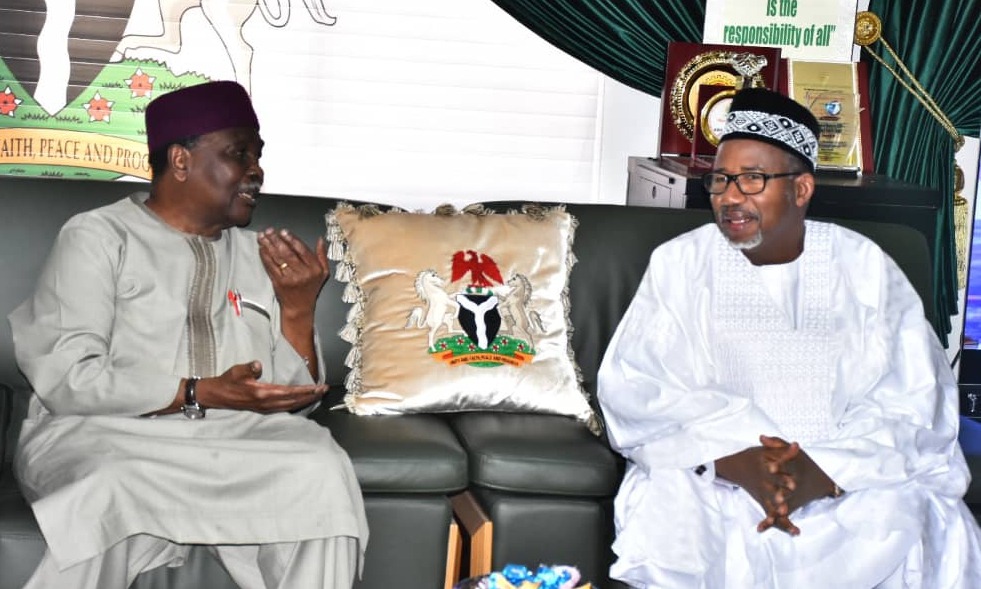 Former Nigeria Head of States, Gen. Yakubu Gowon (Rt), on Friday solicited for the support of Governor Bala Mohammad of Bauchi State in ensuring a successful ‘Prayer Rally’ to be conducted in the state.

Gowon, who is the National Chairman and Convener of ‘Nigeria Prays’, made the call in Bauchi when he paid a courtesy call on the state governor at the Government House.

He stressed that the prayer rally would afford the group the opportunity to pray for the country to overcome its numerous challenges and to seek God’s guidance for Nigeria leaders.

“Your Excellency, this prayer rally was initiated to offer prayers for the peace and well-being of the country.

“We will also use the opportunity to pray for all the Governors of the Northeastern zone.

“This prayer rally would also give us the opportunity to pray for the country to overcome its numerous challenges and seek God’s guidance for all Nigeria Leaders”, Gowon said.

Also speaking, Gov. Bala Mohammad of Bauchi State, while acknowledging the contributions of General Yakubu Gowon to the development of the country, assured the support of the state government for the success of their zonal prayer to be conducted in the state.

He said prayers are critical to assisting leaders to provide qualitative leadership beneficial to the citizens and promised to sustain the developmental projects embarked upon by his administration.

“On behalf of the Government and People of Bauchi state, I am happy to welcome you to our state Sir, we are excited that our leader is visiting us today.

“During your administration, there was no issue of religious differences, as leaders we must emulate you so that we can overcome our challenges.

“I hereby, assure you the support of the state government for the success of this zonal prayer to be conducted in the state,” Mohammad promised.

The governor further pledged to do justice to all the citizens of the state regardless of their religious differences, adding that, this will ensure the maintenance of peace and security not only in the state, but in the country at large.

Fayose Describes APC As ‘Coronavirus Infected’, Says He Has No Plan To Join