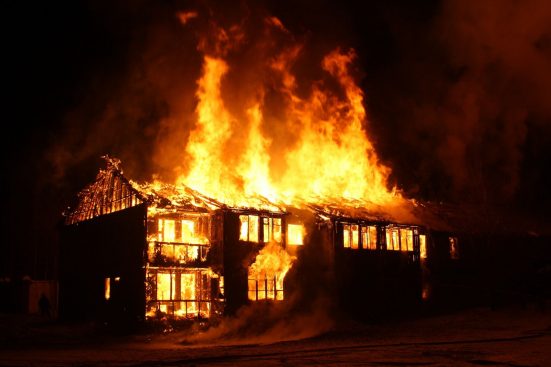 Others were seen frantically moving their vehicles out of the hotel’s premises during the pandemonium.

Police officers from the New Owerri Police Division, firefighters, the management of the hotel and sympathizers were already on ground to put the situation under control.

A staff of the hotel who spoke on the condition of anonymity, told newsmen at the scene of the incident that property worth over N22 million was lost in the inferno.

Stating that the actual course of the outbreak was yet to be ascertained, she disclosed that the incident started from the power house.

The staff said, “We thank God that the men of the fire service responded to our distress calls and quenched the fire outbreak. The actual course of the outbreak is not yet known, but it started from the powerhouse. Four generators were destroyed, including electric wires, doors and Windows, roof housing the generators were not spared.”

Speaking to newsmen, the chief fire officer of Imo State, Mr. Geoffrey Okoroafor, said his men responded quickly to distressed calls and prevented the hotel from being razed down completely.

He said he was yet to get briefs from his men to ascertain the level of damage in the hotel.

Accroding to him frantic efforts were made by the firefighters to ensure the outbreak did not affect other parts of the hotel and the surrounding buildings in the area.

However, four heavy-duty generators and two flashy cars were touched by the fire as well as a nearby private building.