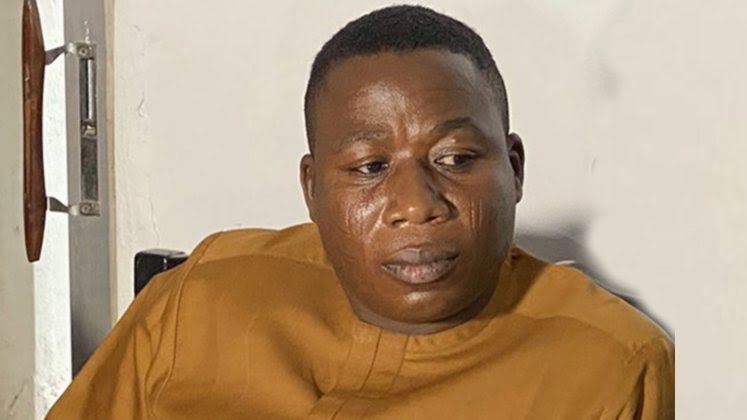 The self-acclaimed freedom fighter disclosed this in a message made public by his spokesman, Olayomi Koiki.

Koiki said Igboho believes soon Nigeria would no longer exist as Yoruba nation would be actualized.

In a statement, Koiki said: “I received a message from Chief Sunday Adeyemo, aka Igboho via his lawyer from Benin Republic, Olusegun Falola that he stands on his belief, self-determination for the Yoruba Nation, because there’s nothing like Nigeria again for him.

“He believes as a Yoruba man and the indigenous person of the land that it’s time for Yorubas to stand on their own as a Nation.

“He said we should take a look at Benin Republic enjoying steady electricity supply. That’s what we desire in the Yoruba Nation we have been agitating for and we will get there very soon. He also reiterated that the Yoruba Nation is now; there is no going back.”

Igboho is currently locked up in Benin Republic.

He was recently arrested in Cotonou while trying to travel to Germany.

The Yoruba nation agitator fled Nigeria after he was declared wanted by the Department of State Services, DSS, following the alleged discovery of weapons in his Ibadan residence.

He, however, denied owning the weapons found in his house, stressing that they were planted there.