Governor, State of Osun, Alhaji Oyetola Gboyega says he is overwhelmed and full of happiness having an achiever, proactive, and trustworthy person like Comrade Amitolu Shittu as Director-General, Amotekun in the state.

Oyetola gave this remarks while receiving a ‘thank you and congratulatory letter’ from Dr. Farouk Maiyama, National Chairman, Police Community Relations Committee (PCRC) for the honour done on the PCRC by appointing one of theirs (Amitolu) as the DG, Amotekun, State of Osun.

The Governor said he is lucky to have the former state chairman of the PCRC as Amotekun DG because
he has performed treamoudusly between the shortest period of his appointment.

Oyetola therefore thanked the National Chairman, Excos and Members of PCRC across Nigeria for releasing one of their foremost brains to serve in his administration. 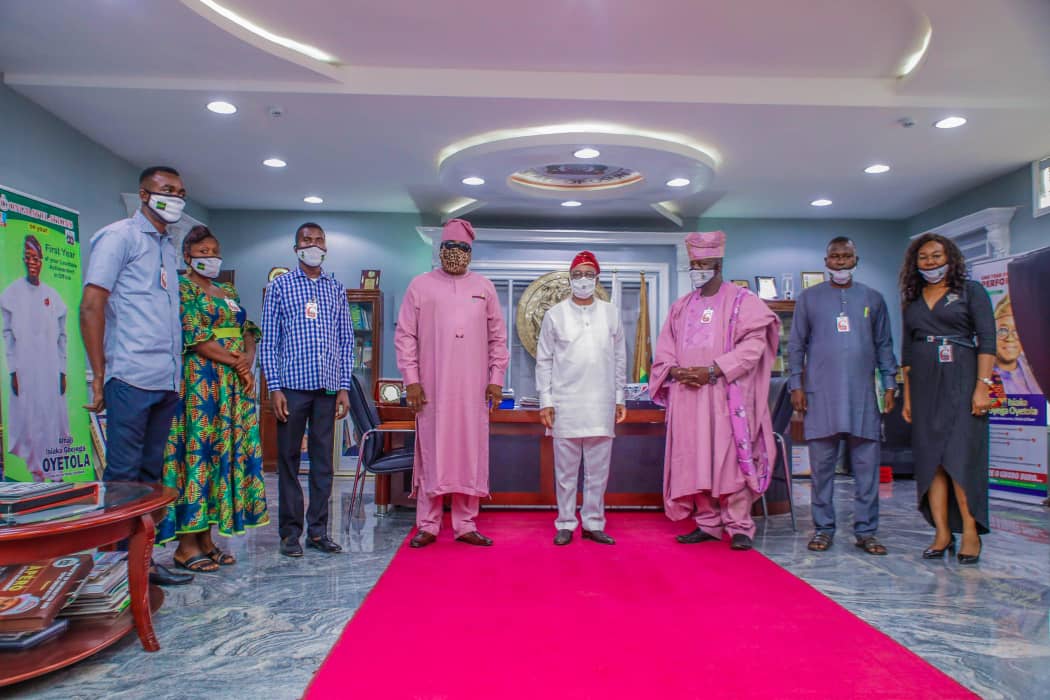 He also appreciated the MD/CEO of Adron homes, the Grand Patron PCRC Southwest for supporting the Nigeria Police and Police Community Relations Committee across the Southwest in distributing relief Materials during this Pademic season of COVID 19.