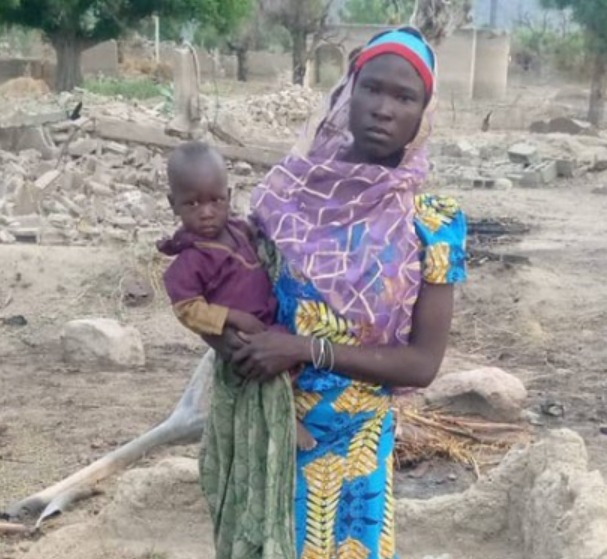 Troops of the 26 Task Force Brigade, on Tuesday, found one Mrs Mary Ngoshe, who, according to the Nigerian Army, is believed to be one of the kidnapped girls from Government Girls’ Secondary School, Chibok, in 2014.

Ngoshe, who was found with a child believed to be hers, was intercepted by the troops while on patrol around Ngoshe in Borno State.

READ ALSO: One Killed During Shootout Between Police And gunmen In Anambra

This is contained in a tweet posted to the Nigerian Army’s verified Twitter page, @HQNigerianArmy, on Wednesday morning.

The tweet reads, “Troops of 26 Task Force Brigade on patrol around Ngoshe in Borno State on 14 June 2022 intercepted one Mrs Mary Ngoshe and her son. She is believed to be one of the abducted girls from GGSS Chibok in 2014. Further exploitation ongoing.”

Advertisement
Related Topics:ChibokgirlsTroops
Up Next 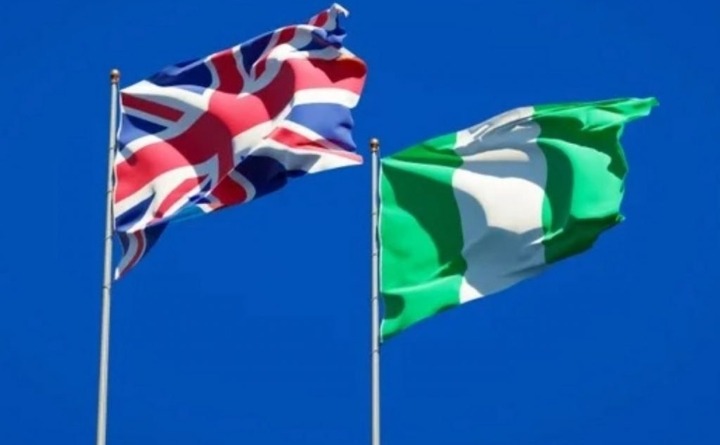 The United Kingdom and Nigeria have signed an agreement to speed up the deportation of criminals.

The UK removed 13 Nigerians on Thursday, including eight foreign criminals and five who overstayed their visas.

The official noted that the MoU on migration issues would tackle illegal migration and the significant threat it poses to both nations.

READ ALSO: Why 30 Nigerians Were Deported From UK

Patel said the countries will share their expertise and take the fight against persons responsible for criminality and security breaches.

“This landmark agreement will increase the deportation of dangerous foreign criminals to make our streets and country safer”, Patel added.

The UK Home Office has signed similar agreements with Serbia, Albania and India.

War: Ukraine Has Dealt Severe Blow On Russia – US 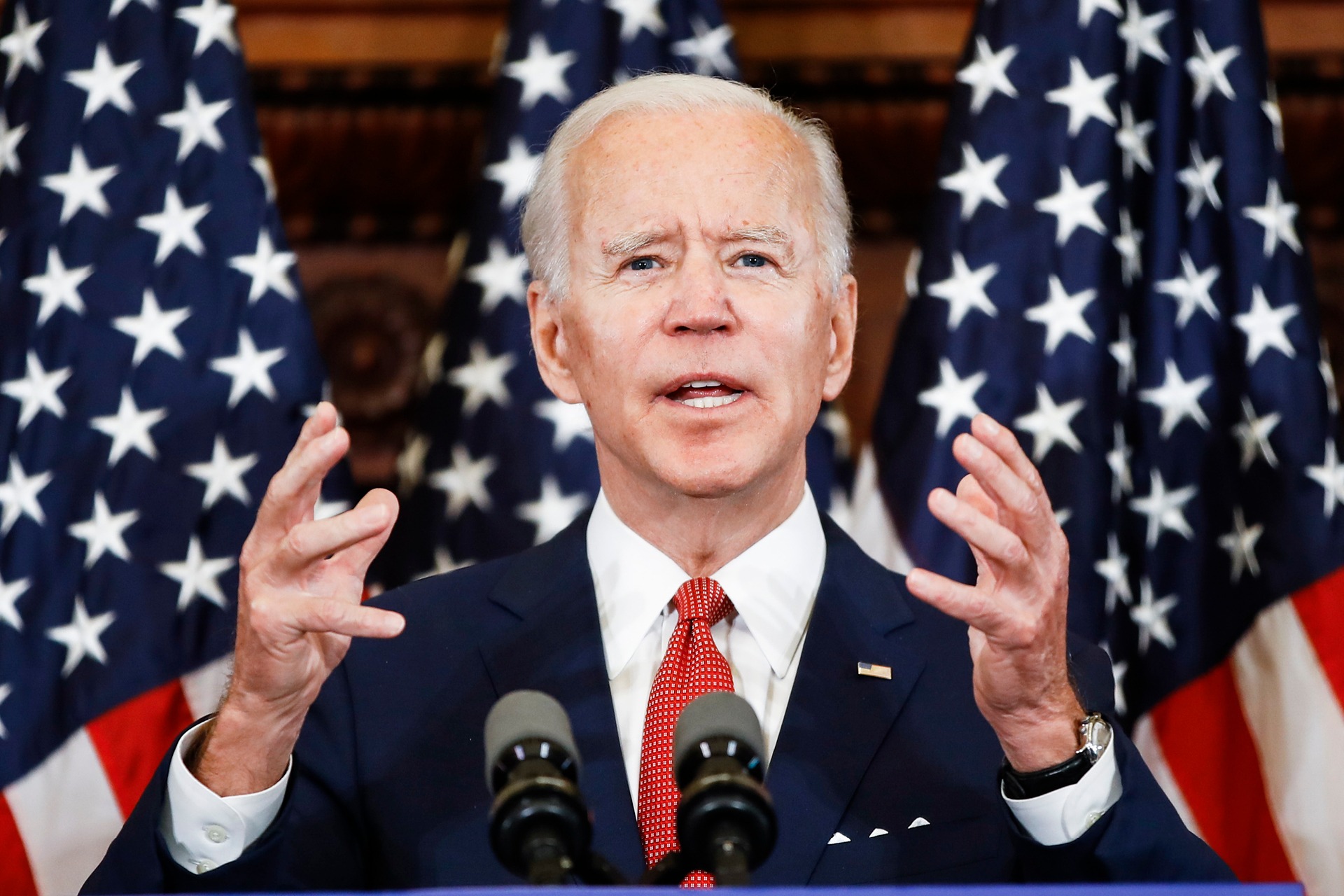 President Joe Biden of the United States of America has said that the war in Ukraine has already taken a toll on Russia.

“Look at the impact that the war on Ukraine has had on Russia. They’ve had to renege on their national debt for the first time since the beginning, almost well over 100 years,” the American leader said at a news conference in Madrid, CBN reports, adding that Russia has already lost 15 years of its economic gains.

He said that Russia is in a situation where it is having trouble because of sanctions from America and its allies, especially on technological equipment, adding that Moscow will have more trouble “maintaining oil production because they don’t have the technology to do it.

“And they also are in a similar situation in terms of their weapons systems and some of their military systems.”

According to Biden, Russia is paying a very heavy price for its invasion of Ukraine, adding the US and NATO will not abandon Ukraine.

“Ukraine has already dealt a severe blow to Russia,” he added.

Biden believes that Russia has already lost its international standing as it has taken them so long to take over major cities in Ukraine.

Sweden and Finland are now members of NATO, a situation the alliance has described as a huge blow on Russia.

However, President Putin has since dismissed Finland and Sweden’s new status, saying it does not bother Russia. 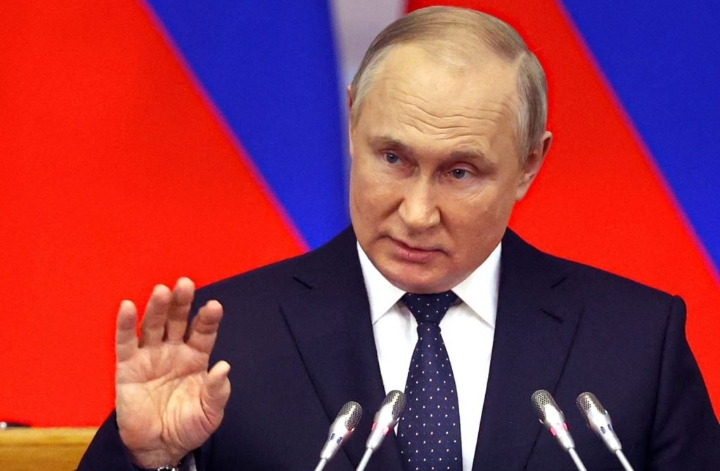 President Vladimir Putin of Russia says his country is “open to dialogue” on strategic stability and nuclear non-proliferation of weapons of mass destruction.

Putin said this on Thursday in his video address to the participants of the St. Petersburg International Legal Forum, according to CNN.

According to the Russian leader, his nation would welcome dialogue on improving the situation with arms control.

“Russia is open to dialogue on ensuring strategic stability, maintaining the non-proliferation regimes for weapons of mass destruction, and improving the situation in the field of arms control,” Putin said.

He said that Russia is willing to welcome ideas from everyone who is interested in this.

Earlier in June, Kremlin’s spokesman, Dmitry Peskov said it was essential to continue communication between Russia and the United States of America on the “principles of mutual respect, the indivisibility of security, consideration of mutual concerns and mutual benefit.”