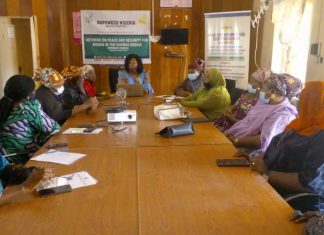 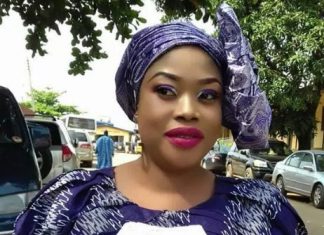 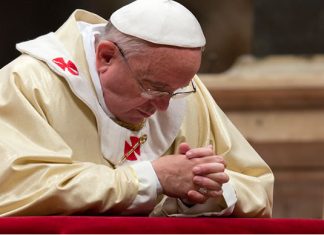 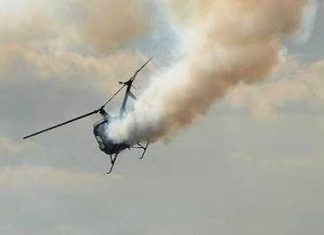 Crime
A police helicopter which was providing aerial and intelligence cover was shot at by bandits, while Special Operatives of Operation Puff Adder of the...

A faction of the Peoples Democratic Party (PDP) in Ekiti State as described Oyo State governor, Seyi Makinde, as an agent of the All Progressives Congress (APC) causing destabilisation in the South-West chapter of the PDP.

A statement by the factional State Publicity Secretary of the party, Raphael Adeyanju, the PDP also alleged that Makinde was behind the preponderance of lawsuits against the party in both Ekiti and Osun states to please his paymasters as a payback for the support he got during his election.

The statement reads in part, “We hereby challenge him to swear that two All Progressives Congress (APC) governors in the South-West did not support his election.

“It is an open secret that one certain Ayo Adegbite, an aide of one of the governors was intercepted by soldiers when he brought cash to Ibadan in a government vehicle for him (Makinde).

“As at 2015 that PDP lost power, Makinde was in Social Democratic Party (SDP). If committed leaders like Fayose, who stood by the party, had left for other parties as he (Makinde) did, the governorship ticket of the PDP wouldn’t have been attractive to him when he returned to the party in 2018.

“Isn’t it even instructive that the governor has failed in all the national assignments he undertook for the party? Is this not a sign that he has never been truly committed to the PDP?”

On recent mockery of Ayodele Fayose by Makinde on his trial by the Economic and Financial Crimes Commission (EFCC), the factional PDP in the state chided the Oyo State Governor, just as the party advised him to “display maturity expected from somebody occupying his exalted office and rise above childishness and pettiness.”

The party said: “It is rather unfortunate that someone like Governor Makinde, who was never a stable member of the PDP could use EFCC trial to mock Fayose, who was one of the last men standing for the party after it lost power in 2015.

“We would have ignored his display of political childishness and pettiness, but by choosing to go gutter with his mockery of Fayose, who is only being persecuted for standing firmly by the PDP in its hours of troubles, Engr Seyi Makinde has shown to the public that one can be a governor and still not be a leader.”

The opposition party reaffirmed Fayose as the leader of the party in South-west geo-political zone, alleging that Makinde was agent of All Progressive Congress causing destabilizing in the southwest chapter.

“It is not written in the party constitution that when a zone has only one governor, that governor automatically becomes the leader of the party,” the party added.

The party counselled the governor to address the crisis in Oyo State PDP, rather than acting like a man who is running after cockroaches in another person’s house while his own house is infested with termites.

It pointed out that “If there is a State where urgent reconciliation is needed among PDP leaders, it is Oyo State where even the Deputy Governor, Rauf Olaniyan is complaining openly against the governor.

“That someone is a governor does not translate to leadership. And by descending to the childish arena of mocking Fayose, who exhibited the rare courage and boldness of surrendering himself to the EFCC, it shows that those PDP leaders in Oyo State who have rejected his leadership were right after all”. 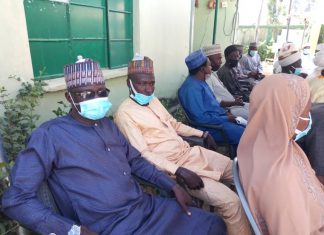 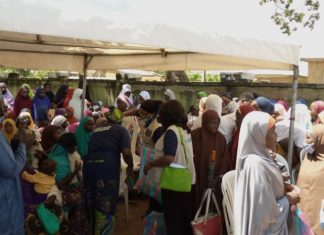 News
By our Correspondent, Bauchi Staff of UNICEF, Bauchi state chapter, has distributed food items as relief materials to 300 vulnerable women in the state. The women...

Edo 2020: APC Raises Alarm On Plan To Infiltrate Rally With...

APC
The State Media Campaign Council of the All Progressives Congress for the Edo Governorship election has raised the alarm on alleged plans to mar...

Men In Court For allegedly Stealing 1, 680 empty Crates Of...