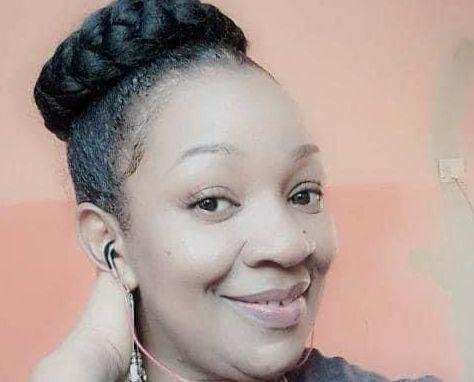 A man identified as Ndubisi Uwadiegwu from Enugu State has allegedly beaten his wife, Ogochukwu Enene, to death over a loaf of bread.

It was gathered that the deceased hailed from Umuokpu village, Awka, Anambra State, but married to her husband who hails from Enugu State.

According to an online notice obtained by our correspondent on Sunday, the first son of the deceased who is aged 14, said their father beat their mother to death with mirror, because she asked him to buy bread for them but he said he had no money.

The son added that his mother decided to use her money to buy one loaf of bread for the children, but the father went into the kitchen and ate the whole bread and when their mother asked him why he finished the bread, he started beating her and it led to her death.

Although, the family members of the deceased are yet to make official statement on the incident, but a source close to the family confirmed to our correspondent that the incident took place in Lagos.

The source, a woman, said the deceased was the Senior Prefect of Amenyi Girls Secondary School in the year 2000.

The online notice read, “This is ADA Awka by name Ogochukwu Anene from Umuokpu village Awka.

She was married to one Mr Ndubisi Uwadiegwu from Enugu State who beat her to death and is planning to bury her without informing her people properly.

“Ogo was blessed with five children, four boys and a girl. The first son who is 14 years of age said their father used mirror and beat their mum because their mum asked him to buy bread for them and he said he had no money.

How We Foiled Attempted Kidnap Of Plateau Speaker – Police

A statement issued on Friday by the command’s spokesperson, DSP Daniel Ndukwe, said the suspects, who reside at Iheakpu-Awka in Igbo-Eze South and Onicha Enugu-Ezike in Igbo-Eze North local government areas of the state, were caught with 180 pieces of the newly redesigned N1,000 notes which are counterfeit.

Ndukwe revealed that preliminary investigation showed that the notes, which were in three separate batches, “bear the same serial numbers of A/34:282656, A/46:578759 and 8/93:852942,” while the suspects claimed to have secured the fake notes from an unidentified woman in Benin, Edo State.

“In addition, they confessed to attempting to sell the notes to a POS operator, who rejected them, before [police] operatives arrested them at a filling station in Ibagwa-Aka community of Igbo-Eze LGA, where they used the notes to purchase petrol,” he stated.

The Police Public Relations Officer affirmed that the suspects would be arraigned in court once investigation is concluded by the state CID.

The statement reassured the public of the commitment of the Police to fish out criminal elements perpetrating such acts of economic sabotage and ensure that they are brought to book.