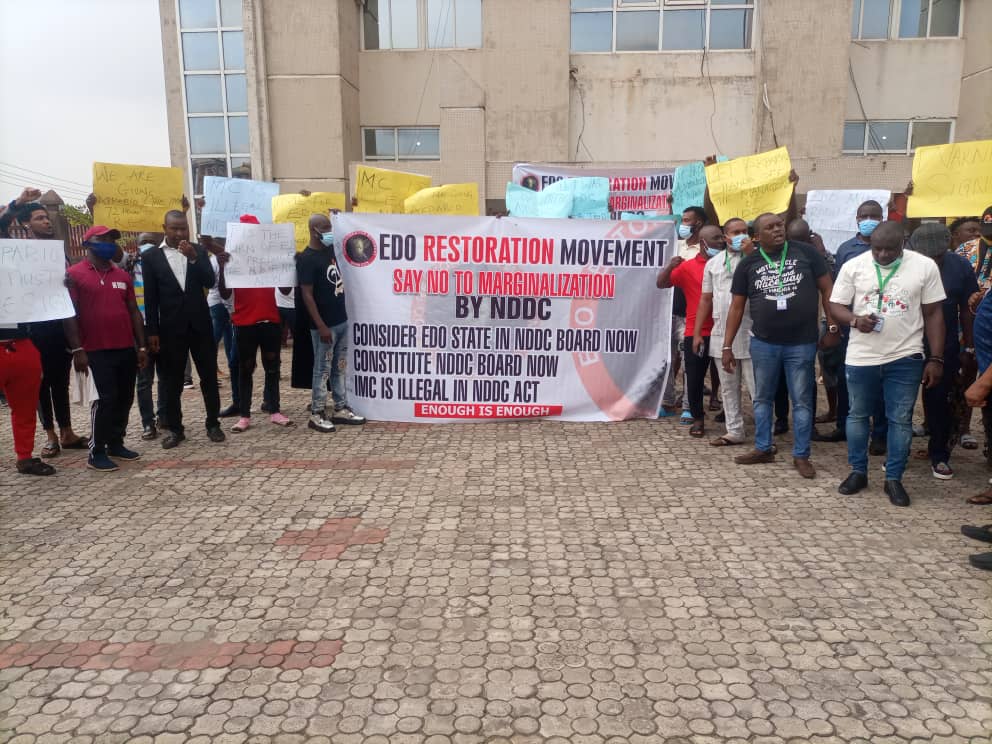 Group known as Edo Restoration Movement has issued a 72-hour ultimatum to the Minister of Niger Delta Affairs, Senator Godswill Akpabio to resign over what it tagged marginalisation of Edo State in the running of the NDDC.

The group which protested the alleged marginalisation on Friday in Benin closed down the Niger Delta Development Commission (NDDC) office in Benin City for operation.

The group which protested at the MM Way office of the commission in Benin City, carried placards with different inscriptions such as “IMC is illegal in NDDC Act”; We are giving Akpabio 72 hours to resign”; Let Akpabio hand off the management of NDDC”; NDDC stop marginalizing Edo State”; “Constitute NDDC Board now” among others.

Speaking, Secretary-General of the group, Comrade Ben Bowei said the they decided to take over the NDDC office in Benin because of marginalisation of Edo State by NDDC.

While stating that the marginalisation must stop, he emphasised that putting in place Sole Adminstration to run affairs of the NDDC should stop and that a legally constituted board should take over the management of the commission.

“We are here to take over the NDDC office, because Edo State has been marginalised by the NDDC and this must not be allowed to continue. We are here to put a stop to this injustice, We are part of the Niger Delta. Edo State is the 5th oil producing state and the 3rd largest producer of gas in Nigeria.

“What about the board? Till now, Edo State has not produced the Chairman nor Managing Director of the board. Edo should be considered for the position of the MD of the board.

“Recently, the Minister of Niger Delta Affairs went round the Niger Delta, but he did not come to Edo State. We are giving Godswill Akpabio 72 hours to visit Edo and talk to us or resign, if he fails to resign we will shut the East- West Road,” He said.

Also, speaking the Publicity Officer of the group, Arc Thaddeus Irabor said, the group was there to send a signal to the authority on what they will do if their plights are not addressed,

“We are here to send a signal, we are giving Akpabio 72 hours ultimatum to resign, so that a legally constituted board can take over the management of the NDDC. The peace loving people of Edo State have been taken for granted.

“We want him to resign, not because we have any thing personal against him, but because Edo has been marginalised. We want to say that we can bite and even crack the bone; We will not only shut the East-West Road, we will shut all oil installations in Edo State. We are calling on Akpabio to stop using the NDDC fund for his personal use,” he said. 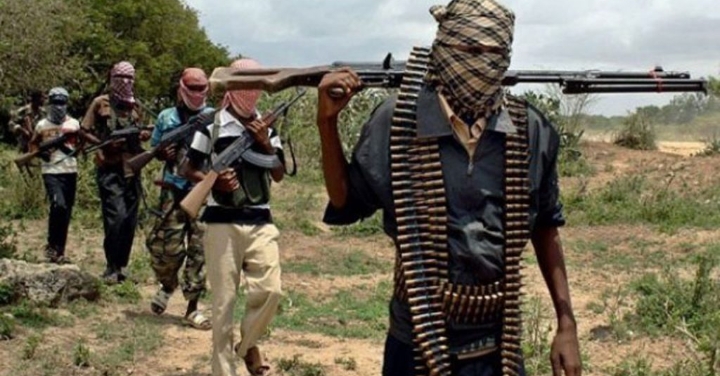 Gunmen suspected to be bandits have abducted some students of Federal University of Lafia, Nasarawa State.

It was learnt that the students were abducted by the gunmen at the university community in Mararraba campus.

He said that the gunmen attacked the university at about 11:30 pm on Thursday and whisked the students to an undisclosed location.

The statement read: “The authority of the Federal University of Lafia regrets to announce that four students of the institution were kidnapped by unknown gunmen on Thursday, January 13, 2022, at around 11:30 p.m.

“The unfortunate kidnap incident took place at a community, Mararraba, located close to the university.”

Ibrahim assured that serious efforts were being taken to ensure quick rescue of the victims.

“The Vice-Chancellor, who has since visited the area where the students were abducted, also visited the Nasarawa Police command where he formally notified the commissioner of Police about the abduction of the students,” the statement added.

JUST IN: After 214 Days, Buhari Lifts Ban On Twitter

President Muhammadu Buhari has lifted the suspension on Twitter operations in the country, effective from 12 am, January 13, 2022.

This was disclosed in a press statement on Wednesday signed by the Director-General of the National Information Technology Development Agency and Chairman Technical Committee Nigeria-Twitter Engagement, Kashifu Abdullahi.

The statement read in part, “The Federal Government of Nigeria directs me to inform the public that President Muhammadu Buhari, has approved the lifting of the suspension of Twitter operation in Nigeria effective from 12 am tonight, January 13, 2022.

“The approval was given following a memo written to the President by the Minister of Communications and Digital Economy, Prof Isa Pantami.” 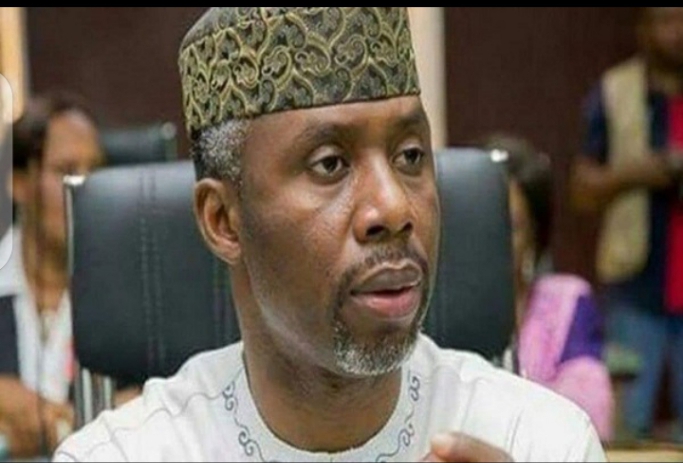 The 2019 governorship candidate of the Action Alliance (AA), Chief Uche Nwosu, was arrested, the police said on Sunday.

He said the politician was not abducted by gunmen as feared.

The PPRO said: “Nwosu was arrested by the police, not kidnapped as insinuated in the social media.”

Abattam said it was in connection with “a case that is under investigation.”

Eyewitnesses had told The Nation that Nwosu’s abductors were in police uniform.

Nwosu was whisked away from the St. Peter’s Anglican Church, Eziama-Obaire in Nkwerre Local Government Area of Imo State.

The incident occured during the Outing Service of the victim’s mother, late Jemamah Nwosu.

Nwosu was in the village for the burial last Wednesday.

According to eyewitnesses, the officers stormed the church while service was still on and shot into in the air.