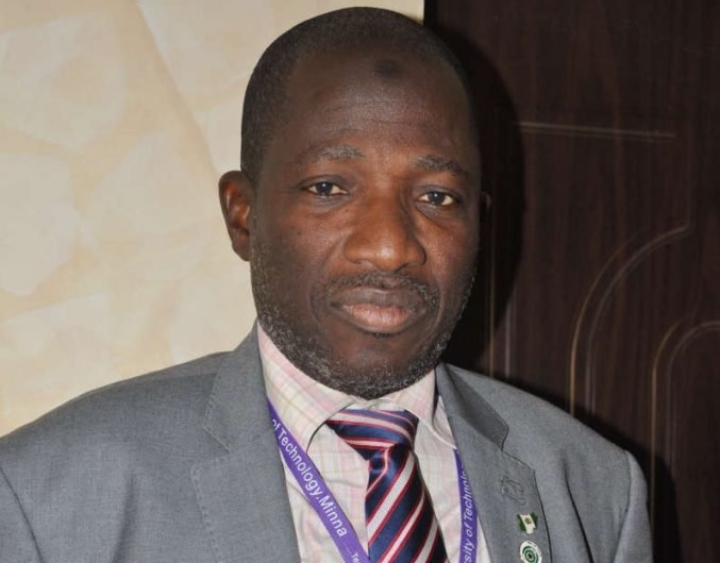 A University Don, Professor Musbau Adewumi Akanji, has said Nigerian universities could only be among the best in the world if they comply with the cardinal principle of attracting staff from diverse places.

The former Vice-Chancellor of the Federal University of Technology, Minna, said “the simple solution is to go to the time honoured process of advertising vacant positions and processing through rigorous interview pathways.”

Delivering the fourth valedictory lecture of the University of Ilorin, Faculty of Science, titled ‘Suicide is Cheap’ Professor Akanji, said ” it may also be necessary in the short run to disqualify applicants who are from the states where institutions are sited from applying as chief executive (Vice-Chancellor for universities).

He explained that after about 10 years, such restrictions could be lifted, as people would have become used to the idea of non-locals heading institutions as it was in the past.

“Such politics played out at the premier University of Ibadan recently where the local community association published advertisement that an indigene of Ibadan must be appointed for the university. The university could not appoint a Vice-Chancellor for about a year.“

Professor Akanji, warned that “If the current situation persists, it will lead to self immolation of our universities which will consequently result in non competitiveness with its counterparts from other regions of the world.

“It would amount to our universities committing suicide. The nation will be poorer for it,” he stated.

The former VC, traced the suicidal path which Nigerian universities are now threading, to the military regime when all aspects of life in the nation, including the universities, were affected.

“In fact there were cases of members of university Governing councils who were illiterates, who attend meetings just for the sitting allowances that will accrue to them,” he further disclosed.

He said the situation has degenerated to the extent that it is easier for Nigerians to be appointed into faculties and even leadership positions in universities in other parts of the world than in universities located outside their local communities in Nigeria.

Joint Admissions and Matriculations Board released the results of the 2022 Unified Tertiary Matriculation Examination on Saturday.

Head, Public Affairs and Protocol in JAMB, Dr Fabian Benjamin, advised candidates to send UTMERESULT in one word to 55019 to have their results checked.

In a statement issued in Abuja on Saturday, he stated that JAMB had not uploaded the results on its website, urging candidates to check their results using the SMS code.

He said, “To check the 2022 UTME result, all a candidate needs to do is to simply send UTMERESULT to 55019 using the same phone number that he or she used for registration.

“The result will be sent as a response to the candidate’s text message. This is the only process of checking the 2022 UTME results for now as the board has not uploaded it on its website for obvious reasons.

“In addition, candidates are forewarned that they would, as usual, receive all kinds of messages from desperate fraudsters on how to check their results different from the aforementioned one.

“Hence, JAMB urges all candidates to ignore all such messages on how to check their 2022 UTME results as they are all products of deceit aimed at misleading them.”

Benjamin stressed that JAMB adopted the user-friendly and simplified process of checking UTME results through the use of SMS to adhere to the ease of doing business protocol of the government.

He added that the process was simplified to preclude the unconscionable exploitation of candidates by shylock business centres and cyber cafes which often took advantage of hapless candidates.

The Joint Admissions and Matriculation Board has released results of the just concluded 2022 Unified Tertiary Matriculation Examination.

The examination body, which also outlined the process to check the results, made this known in a statement signed by its Head, Public Affairs and Protocol, Fabian Benjamin, on Saturday in Abuja.

The statement made available to The PUNCH read: “To check the 2022 Unified Tertiary Matriculation Examination result, all a candidate needs to do is to simply send UTMERESULT to 55019 using the same phone number that he/she had used for registration and the result would be returned as a text message.

“This is the only process of checking the 2022 UTME results for now as the Board has not uploaded it on its website for obvious reasons.

“The Board, in line with its desire to adhere to the ease of doing business protocol of the government, has emplaced this user-friendly and simplified process of checking UTME results.

“Furthermore, this simplified process would also serve to preclude the unconscionable exploitation of candidates by shylock business centres and cybercafés, which often take advantage of hapless candidates.

The Rector, Federal Polytechnic Bauchi, Arch. Sanusi Gumau, said that the institution’s affiliation with Abubakar Tafawa Balewa University (ATBU), Bauchi, to run some degree programmes was to increase youths’ access to quality education in the state.

The Rector stated this in Bauchi on Friday, during the matriculation of the newly admitted degree students for the 2021/2022 academic year.

According to him, presently, the polytechnic entered a nine degree programmes with the university, five of which he said were under the School of environmental while the remaining four were under engineering.

He listed the programmes under the School of environmental to include; Architectural Technology, Building Technology, Quantity Survey and Technology, Survey and Geo-Informatics and Estate Management.

Gumau explained that the programmes under engineering are Agriculture and Bio- environmental, Electrical and Electronics, Civil Engineering and Mechanical Engineering.

“This affiliation with respect to this federal polytechnic and Abubakar Tafawa Balewa University is done specifically to give more avenues for our youth’s teeming population in order to have access to education for those who have the basic requirements.

“This is the fundamental reason why we have this synergy between the university and us.

“In order to give room for our students who are Polytechnic graduates to further their education, we also have affiliation with the Nigerian Defence Academy, Kaduna in the engineering programme.

The Rector reminded the students that they would only graduate if they are found worthy in character and learning, hoping for them to be good ambassadors of the university.

Also speaking, the Vice Chancellor, ATBU, Prof. Muhammad AbdulAzeez warned the students that the institution has zero tolerance to all kinds of vices.

Represented by Prof. Mansur Malumfashi, Chairman, Central Screening Committee, ATBU, the Rector said “anti-social behaviors such as cultism, examination mal-practice, sexual harassment, drug abuse, among others are not only frowned at but prohibited.

“Our duty here is not only to give you access to knowledge, but also to help in molding your character so that you become responsible citizens of our nation.

“Those who are too arrogant to conform will be shown the way out, because ATBU and Federal Polytechnic share things in common”.