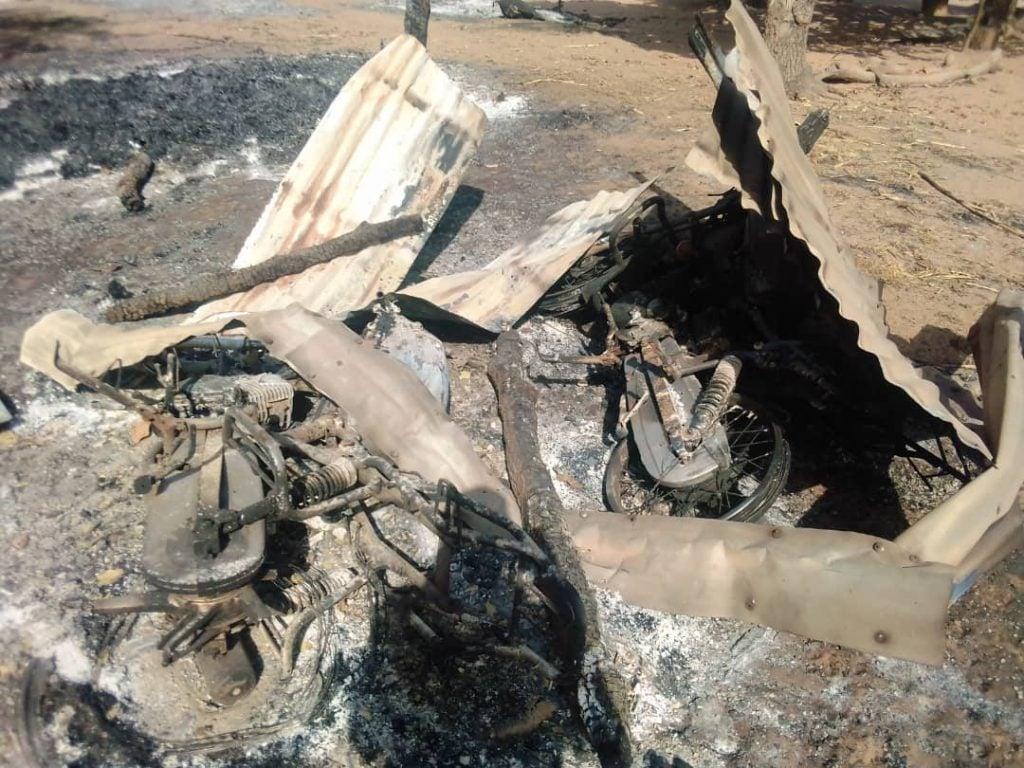 A bloody clash between farmers and Fulani herders which occurred at Rogu Village in Patigi Local Government Area of Kwara state, claimed one life.

It was gathered that following the death of the farmer, the Fulani camp in the village was invaded by aggrieved farmers in the community.

The invasion was sequel to a crisis which ensued between farmers and Fulani herders in the village.

In the mayhem that ensued, the aggrieved farmers allegedly set properties of the Fulani herders including motorcycles ablaze, according to reports reaching DAILY POST.

Etsu Patigi, Alhaji Ibrahim Umar Bologi 11, has waded into the crisis calling on his people to calm down and maintain peace in the area.

He assured the Fulani that no retaliation would be carried out by his kinsmen and nothing will happen to anyone, just as normalcy has been restored.

He queried why the aggrieved people should take the laws into their hands if they suspected some people doing the wrong things.

“The Fulani camp is more than 40 years old at Rogu within Patigi LGA. They have been law abiding citizens for the period of 40 years without harming anybody,” the chairman added.

He called on the Kwara State Government to take proper action on the matter to avoid escalation of the crisis.