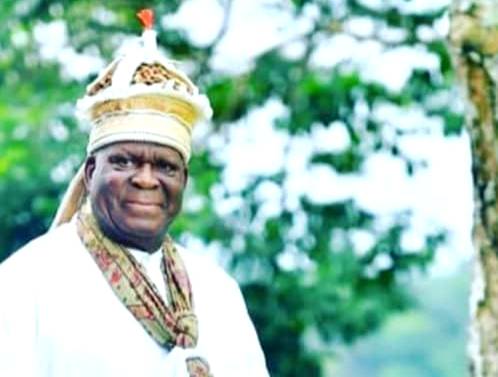 The Supreme Court of Nigeria has sacked  the Obong of Calabar, Édidem Ekpo Okon Abasi-Otu V after 15 years  of legal tussle over stool.

In view of the development, the Palace has been thrown into jubilation after hearing the judgement of the apex Court .

Recall that the judgment written by Justice Amina Augie and read by Justice Akomoye Agim upheld the judgment of the Appeal Court, Calabar and ordered for a fresh election which the “sacked” Obong is still qualified to contest and this will the fourth time the Obong had to step down for another selection exercise.

However, in a swift reaction from the Palace of the Obong of Calabar, Edidem Ekpo Okon Abasi Otu V where there was wild jubilations after hearing the judgement of the Supreme Court which qualifies the incumbent to participate in a fresh nomination process that has been ordered hinted that there was no cause for alarm.

Even though the verdict has technically but temporarily sacked the Obong, the Palace is upbeat and confident of his return.

Etubom Anthony Ani, M.O.N and others in Suit No. HC/102/2008, filed by his lead counsel,  Mr. Joe Agi, SAN, sued Etubom Ekpo Okon Abasi Otu and others in their capacities as members of the Etubom’s’ Traditional Council for jettisoning the screening process of the Western Calabar under the then Chairman, Etubom Abasi-Otu, now the Obong of Calabar that had screened and selected Etubom Ani as their sole candidate .

Contrary to speculations, Etubom Ani had instituted the suit immediately after the Etuboms’ Conclave met and declared Etubom Abasi Otu as the Obong elect, not after he had been crowned the Obong of Calabar.

High Court of Cross River state Judgement of Justice Obojor A. Ogar had sacked Abasi Otu as the Obong of Calabar on      January 30, 2012  in favour of Etubom Anthony Ani and jettison the Appeal court judgement that was in favour of the deposed Obong.

However, the Obong and others challenged the High Court Judgement at the Appeal Court, Calabar and was sacked and a fresh election ordered.

Delivering judgment on June 4, 2013, the Lead Judge then, Justice Garba Lawal who is now a Justice of the Supreme Court, ordered that “the 1st Respondent (Etubom Ani) who admittedly was not capped/inducted into the Etuboms’ Council of the Palace of the Obong by the Obong at the time of the selection process of the Obong of Calabar, was not traditionally qualified and eligible to vote and be voted for as the Obong of Calabar under Exhibit 1/20.

“That the 1st Appellant (Abasi Otu) was traditionally qualified and eligible to vote and be voted for as the Obong of Calabar under Exhibit 1/20 at the time of the selection process”, hence the Appeal court set aside the selection process that produced Etubom Ani as candidate.

The court also set aside the March 31 proclamation of Etubom Abasi Otu as Obong Ordered by the Etuboms’ Conclave of the Palace of the Obong of Calabar, whose mandate it is under Article 5(a) (ii) (iv) of Exhibit 1/20, to do so and it “to conduct another process of selecting a new Obong of Calabar, in accordance with the provisions of Exhibit 1/20 and in strict compliance with the rules of natural justice”.

The summary of the judgment made available available to some newsmen in Calabar immediately after it was delivered on January 13, 2023, states that fresh election will be held in accordance with the 2002 constitution of the Palace, in line with equity and actual justice.

Speaking on Friday at the private residence and Palace of the Obong, the Chairman of Etubom traditional council in the Palace, Etubom Bassey Okor Bassey Duke, noted that they are yet to get full brief of the Apex Court verdict but “so far so good and we are confident that Obong of Calabar will remain and peace will continually prevail in the kingdom”.

The legal tussle to dethrone the Obong of Calabar ,  Édidem Ekpo Okon Abasi-Otu V have been on for about 15 years beginning from the High Court to the Appeal Court and the Supreme Court.

Friday in Abuja, the Supreme Court in it’s final verdict through a   judgment read by Justice Amina Ahgid  upheld some aspects of the judgment of the Appeal Court, Calabar and ordered for a fresh nomination which the Incumbent Obong is still qualified to contest.

However the Etuboms’ in Council, promised to brief the media next week after full study of the Supreme Court verdict.

Vanguard learned that this was the first time in the history of the throne that an Obong would be dethroned by the Apex court .

Related Topics:ObongObong of Calabar
Up Next