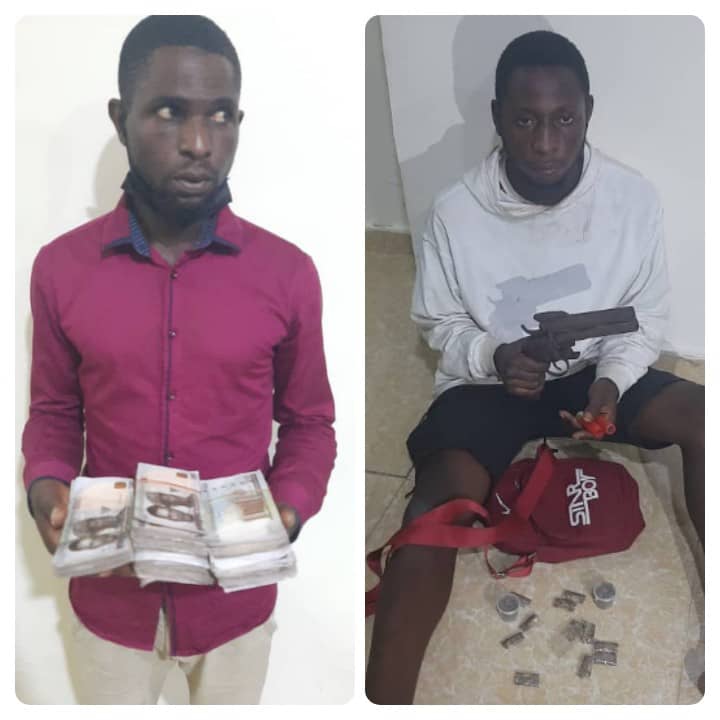 The Lagos State Police Command on Thursday said it has arrested four suspected armed robbers and cultists, stating that the officers who carried out the arrest, rejected a N500,000 bribe offered them.

This was made known in a statement by the spokesman of the command, CSP Adekunle Ajisebutu, to confirm the arrest.

Ajisebutu, in the statement, noted that an anti-crime patrol team from Area ‘J’ Command, Elemoro, arrested the suspects during a routine stop and search operation on September 4 at about 12.30 a.m.

The police PPRO stated that one of the suspects who was simply identified as Timothy, 23 years old, and resident of No. 9, Baale Street, Majek, Ajah, was arrested at General Paint Garden area, Lekki.

He revealed that one locally-made double barrel gun and two live cartridges, including an expended cartridge packed in a bag, were recovered from the suspect during the operation.

According to the spokesman, another suspect, who claimed to be a cultist with the Aye Confraternity, simply identified as Toheed, 22 years old, was arrested with a live cartridge at the General Paint ghetto area, Ajah at about 12.45 a.m. on September 4.

The image maker further said that two more suspects were arrested for allegedly offering N500,000 bribes to the police to secure the release of the two suspects earlier arrested. 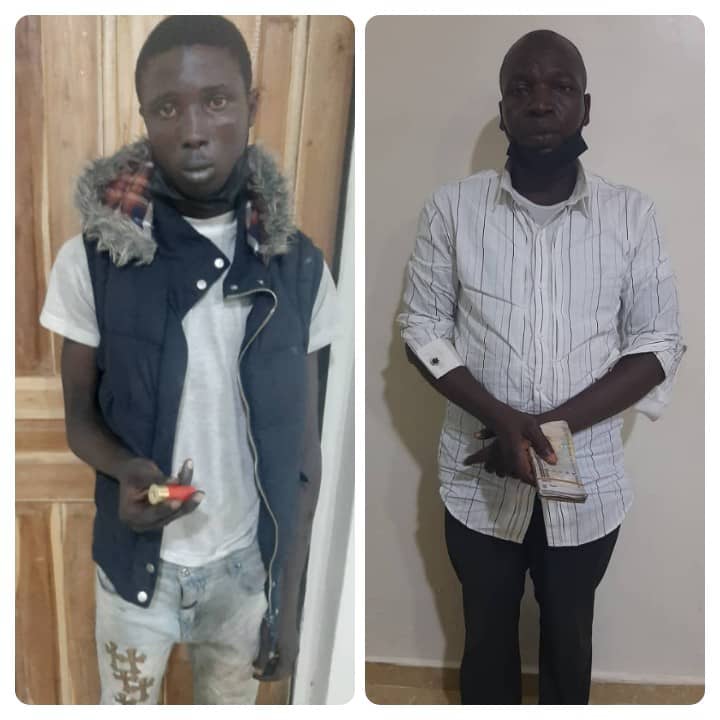 “Determined to ensure justice through thorough investigation, the uncompromising police officers in charge of the case rejected the bribe,” he said.

Ajisebutu said the Commissioner of Police in Lagos, CP Hakeem Odumosu, commended the professionalism and uncompromising act of the police officers, admonishing other officers to emulate the incorruptible ones.

“The CP has, however, directed that the case be transferred to the command’s Tactical Team for further investigations and prosecution,” he said 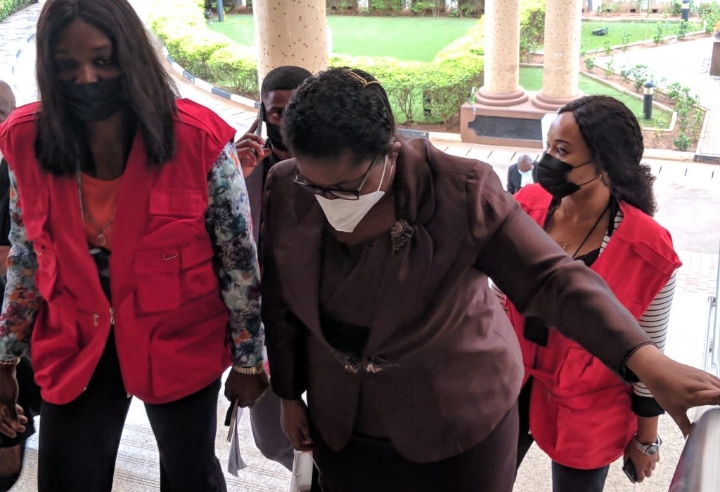 She is being tried along with PJO and Insurance Resourcery and Consultancy Services Limited before Justice U. P. Kekemeke of the Federal Capital Territory High Court in Maitama, Abuja.

Osipitan faces a nine-count charge bordering criminal breach of trust, conspiracy and conversion of public funds to the tune of N6billion.

EFCC said the money was meant for the payment of outstanding insurance premiums and claims of deceased and incapacitated staff of the defunct Power Holding Company of Nigeria (PHCN).

Osipitan’s offence contravened Section 311 of the Panel Code Act Cap 532 Laws of the Federation of Nigeria, (Abuja) 2004 and punishable under Section 312 of the same Act.

The defendant pleaded not guilty when the charges were read.

Justice Kekemeke granted her bail in the sum of N500million with two sureties in like sum.

The sureties must be federal civil servant, a religious leader or a member of the National Assembly residing and own landed properties in Abuja.

Kekemeke adjourned until January 20, 2022 for commencement of trial.

Osarumwense was arraigned by the Benin Zonal Command of the Economic and Financial Crimes Commission, EFCC, on one count charge bordering on impersonation and obtaining by false pretence.

The charge reads: “That you Irabor Osarumwense (aka 007 Daniel Craig James Bond) sometimes in 2021 in Benin City, Edo State within the jurisdiction of this Honourable Court did fraudulently impersonate the identity of Daniel Craig, an American actor by fraudulently sending documents to one Nansiri through the internet which document you claim emanated from the said Daniel Craig with the intent to gain advantage for yourself and thereby committed an offence contrary to Section 22 (2)(b)(ii) of the Cybercrime (Prohibition, Prevention, Etc) Act 2015 and punishable under section 22(2)(b)(iv) of the same Act.”

Upon arraignment, the defendant pleaded guilty to the charge.

In view of his plea, the prosecution counsel, Immaculate Elodi, prayed the court to convict and sentence him in accordance with the plea bargain agreement between the parties.

Justice Shuaibu thereafter convicted and sentenced the defendant to two years imprisonment or a fine of N200, 000.

The defendant is also to forfeit the phone used in perpetuating the crime to the Federal Government of Nigeria.

He is also to undertake in writing to be of good behaviour afterwards.

In a related development, Justice Okon Abang of the Federal High Court sitting in Warri, Delta State has fixed December 7 and 13, 2021 for the sentencing of two internet fraudsters Marvis Bello and Lucky Uhuamare.

The duo were arraigned on Thursday October 21, 2021 on one count charge each bordering on impersonation and obtaining by false pretence.

The charge against Bello reads: “That you Marvis Bello (Alex Wrang and Pinky Jenny) on or about the 9th of March 2021 at S&T Barracks, Benin City within the jurisdiction of this Honourable Court, fraudulently impersonated one Valeries Hollywood, a white man by using Gmailkingsmavis@gmail.com to obtain money from one Rebecca Brown and sending fictitious documents to your advantage, the pretence you knew to be false and thereby committed an offence contrary to Section 22 (2)(b)(ii) of the Cybercrime (Prohibition, Prevention, Etc) Act 2015 and punishable under section 22(2)(b)(iv) of the same Act”.

The duo pleaded guilty to the charge when it was read to them.

In view of their plea, the prosecution counsel, Ibrahim Mohammed prayed the court to convict and sentence the defendants in accordance with the plea bargain agreement between the parties.

However, Justice Abang adjourned to December 7 and 13 for the review of facts of the case and sentencing. 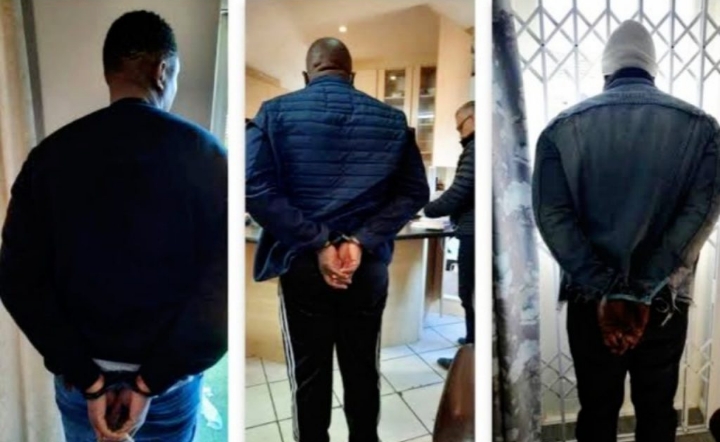 Acting U.S. Attorney, Rachael A. Honig announced the indictment for the District of New Jersey.

The suspects include seven leaders of the Cape Town Zone of the Neo-Black Movement of Africa (Black Axe) and an eighth man who conspired with the cult leaders.

They were charged with multiple federal crimes relating to internet scams they perpetrated from South Africa.

Toritseju is charged with a separate indictment of wire fraud conspiracy, wire fraud, aggravated identity theft, and money laundering conspiracy from 2016 to 2021.

Investigators found that all the defendants perpetrated financial crimes from 2011 to 2021. One remains at large.

The U.S. noted that the Black Axe, an organization headquartered in Benin, the Edo capital, operates in various countries.

The defendants were leaders of Black Axe units in Cape Town. Perry Osagiede founded the zone and worked as zonal head along with Izevbigie.

Honig lamented that Americans are often victimized by criminal organizations abroad who use the internet to deceive and defraud.

The official advised individuals and organizations to be on guard against scammers and unscrupulous schemes.

“Anyone thinking of engaging in this kind of criminal conduct should understand that the U.S. Attorney’s Office and our partners will find them and bring them to justice, no matter where they are”, Honig said.

Sheridan said the Secret Service and partner agencies work tirelessly to dismantle the groups and arrest those who lead them.

“We are proud to be a part of the international law enforcement mission to combat all forms of financial crimes and thank all those involved in this investigation”, the Director added.