The Osun State Commissioner of Police, Wale Olokode, has said that the command has not confirmed the identity of the alleged operatives of the Department of State Services (DSS) and Nigeria Security and Civil Defence Corps (NSCDC) who were arrested in connection with the alleged abduction of a businessman in Osogbo, the state capital.

It was reported that a Bureau de Change businessman in the Sabo area of Osogbo, said some armed men invaded his office and whisked him away to a bush along Ilesa road.

It was further alleged that the prime suspect of the abduction, Ajibola Ogunibi, connived with the alleged DSS and NSCDC officers to kidnap the businessman.

DAILY POST reports that Ajibola reportedly received N15,000 from the proceeds of the operation.

Meanwhile, the CP said five persons were arrested in connection with the abduction of the businessman while the investigation is ongoing.

He said that the command has written the DSS and NSCDC to ascertain whether the suspects are staff of the sister security outfits.

Olokode said, “It is not confirmed yet. The suspect mentioned that the DSS and NSCDC were accomplices, but we have written the organisation to confirm whether they are staff or not.”

In his reaction, the Public Relations Officer of the NSCDC, Adigun Daniel, said the agency is not aware of any arrest of its members.

Adigun condemned the state police for not confirming the identities of the alleged NSCDC operatives before releasing the information to the media.

He said, “The police is yet to ascertain the identity of the said staff. We just found out that they went on air.

“If they arrested men from our command, we ought to have been informed. You can’t just go on air without identifying them because those people can be claiming what they are not. They might just go and rent uniforms.

“What they need to do is to give us their name and check-in our database to know whether they are civil defenders or not and if reversed is the case we know what to do next,” he said.

The defendant, also a social media influencer, was dragged to court by the National Drug Law Enforcement Agency, alongside Caleb William, a cinematographer.

Delivering judgment, Justice Osiagor held that the volume of substance was minimal and would rather convict the defendants and caution them, rather than sentence them.

The court, consequently, convicted the defendants and cautioned them to “go and sin no more”.

Both defendants, 22, were charged with three counts of trafficking Tramadol and Cannabis Sativa.

They both pleaded guilty to the charge.

After their pleas, the prosecutor, Jeremiah Aernan, reviewed the facts of the case and tendered evidence before the court, through an NDLEA exhibit keeper, Lucky Oghaifu.

Among the evidence tendered include statements of the defendants, drug analysis form, certificate of test analysis, request for scientific aid form, packaging of substance form among others.

He urged the court to be guided by the provisions of Section 356(2) of the Administration of Criminal Justice Act and convict the defendants based on their pleas as well as evidence adduced by the prosecution.

According to the charge, the defendants were said to have committed the offence on January 12, 2022.

Recall that had De General admitted to owning the drugs found in his apartment.

The prosecutor said that they were arrested around the Lekki area of Lagos for unlawfully dealing in 15 g of Cannabis and 14 g of tramadol.

He said that the offence contravenes the provision of Section 11(c) of the NDLEA Act, Cap N30, Laws of the Federation, 2004.

In response, the Defence Counsel, Lilian Omotunde, urged the court to consider other options besides sentencing the defendants, on the grounds that the defendants were still at their prime and could still be useful to society.

The News Agency of Nigeria reports that earlier, during interrogations by the court, the defendants told the court that they had never tasted drugs.

They told the court that the substances were used as props for their comedy skit, which they were in the process of shooting, before their arrest. 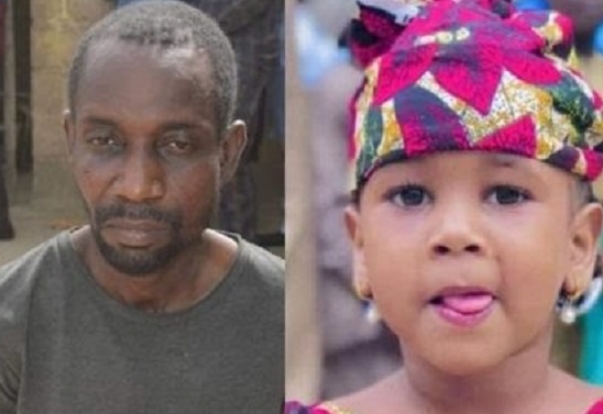 The police in Kano State have arrested the abductors and killers of five-year old Hanifa Abubakar, a pupil of Noble Kids Academy in Kwanar Dakata, Nassarawa local government area of Kano State.

The principal suspect, Abdulmalik Mohammed Tanko, 30, who turns out to be the victim’s teacher, had initially demanded N6 million ransom for her release.

But realising the minor recognised him, he poisoned her to death despite collecting N100,000, it was learnt.

Upon his arrest, Tanko, who confessed the crime, led a combined team of operatives of the Department of State Service (DSS), the police medical team and a team of police Operation Puff Adder to the shallow grave where he and his accomplice, Hashim Isyaku, buried the minor.

The deceased body was exhumed and taken to the Mohammed Abdullahi Wase Specialist Hospital for examination before it was released to the family for burial according to Islamic rites, police said.

A statement by the police spokesman, Abdullahi Haruna Kiyawa, a Superintendent of Police (SP), said: “On December 4, 2021 at about 2030hrs, we received a complaint from a resident of Dakata Quarters, Nassarawa local government area of Kano State, that one Hanifa Abubakar, aged 5 years, was kidnapped and a ransom of N6 million was demanded.

“On receipt of the report, the Commissioner of Police, Sama’ila Shu’aibu Dikko, met with heads of security agencies in the state, strategised for effective service delivery and raised a team of Operation Puff Adder led by SP Shehu Dahiru to rescue the abductee and arrest the culprits.

“Sustained efforts led to the arrest of one Abdulmalik Mohammed Tanko, aged 30 years, of Tudun Murtala Quarters, Nassarwa, Kano State and one Hashim Isyaku, aged 37 years, of the same address.

“The suspects will be charged to court upon completion of investigation.”

Father of the slain girl, Abubakar Abdussalam, who was in the crowd of onlookers at the Police Command where the suspects were paraded, demanded the full length of justice.

He appealed for “immediate prosecution” of the principal suspect (Tanko), screaming in tears.

“Kill this bastard now. Please do not spare him, please I beg you in the name of Allah,” he told police officers.

More facts emerged on how Hanifa was murdered with “rat poison bought for N100.”

READ ALSO: ‘Why I Changed My Mind After Telling Tinubu, Others I Eon’t Run For President’ —Orji Kalu

The suspected killer, a father of three who is said to be the proprietor of the school, said he abducted the girl because he was indebted to the owner of the building housing the school.

He told The NATION: “I demanded a ransom of N6 million but was paid N100,000 which I used in paying the salaries of my teachers.”

Following the development, Kano State government on Friday ordered the closure of the Noble Kids Academy, where the body of the slain child was buried.

Commissioner for Education, Muhammad Kiru, announced closure of the school in a statement after detectives discovered the corpse of the victim.

He expressed sadness over the incident, stating that apart from the closure of the school, the state government would commence investigation of unregistered private schools and teachers to check such criminal activities.

He appealed to parents whose children attend the affected school to stop them, pending when investigation would be completed.

The Police Command in the Federal Capital Territory has arrested three persons over the alleged murder of a medical practitioner, Obisike Ibe, and his friend in Abuja.

The Commissioner of Police in charge of FCT, Babaji Sunday, disclosed this at a news conference on Tuesday in Abuja.

He said that Ibe, a staff member of Zenith Lab and Kidney Centre, Abuja and his friend, Ezekiel Edoja, both of House D2, 24 Street, Games Village Estate, Abuja, were allegedly murdered by the suspects.

Sunday said that the command had, since the receipt of the information, deposited the corpse at the morgue and embarked on an aggressive manhunt, amidst painstaking investigations.

He said that the perpetrators of the dastardly act also carted away an envelope containing about $1,000, the mobile phone of the doctor, his ATM card and a vehicle.

He said that the ATM card was used to withdraw money to the tune of N2 million from the deceased account on December 13, 2021.

The CP said that the three suspects arrested, upon interrogation, confessed to having plotted and committed the offence.