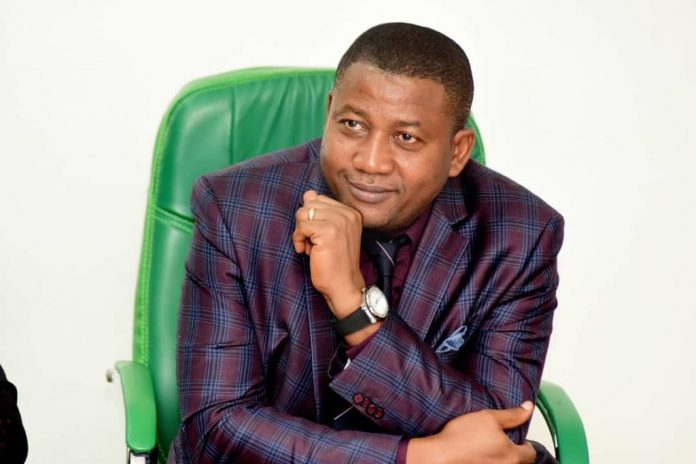 My attention has been drawn to a recent online publication titled – ‘Don’t Be Stingy: Edo Residents Call Out EDHA Deputy Speaker, Roland Asoro Over Deteriorating Health Of His PA,’ wherein the authors solicited for financial support from well-meaning Nigerians to ameliorate the health challenge of Prince Iyen Ehis. The authors further claimed that the financial supports become necessary because I have abandoned him (Prince Ehis).

Ordinarily, I wouldn’t have paid attention to the disjointed, frivolous article and its peddlers but for posterity and record purpose, I want to unequivocally make it clear that there’s no oita of truth in the said publication.

The medium through which the heinous article was published ought to be a platform wherein professional journalism is practised as obtainable in other online platforms, and as such, and as expected of the ethics of the profession, the authors and whoever behind the article ought to have heard my own side of the story before publishing but they never did that just because they have an hidden agenda to disparage my reputation.

No doubt Mr. Ehis Iyen is down with health challenge and frantic efforts are being made to make sure he regains his normal health. When it was brought to my notice that Ehis was down in sick bed, I wasted no time but took him to my personal doctor for diagnosis and treatment, I paid the bill.

Later, he was referred to another hospital and consequently taken there for further diagnosis, I stood by him and paid the bill. Mr. Ehis was further referred to another hospital for medical attention, I was still the one who paid the bill. Ehis was referred to three different hospitals for diagnosis and treatment, and I have been there for him. If the man (I) purported to have abandoned him happens to be the person who paid all the bills in these different hospitals, where did the authors get their abandonment story?

I’m not just compassionate about Ehis’ health but his entire family. The aim of getting him and his immediate family better and stable life made me to get a state job for his wife. Ehis deserves a better life and living hence I made his political appointment with Edo State Government possible. All these are facts that anyone can go and check. Therefore it beats my imagination some persons going to the cyberspace to report that I have abandoned the young man.

I want to once more re-emphasise that I have not abandoned Ehis and will never abandon him to his fate. I am in contact with his family and doctors treating him, still paying for his dialysis and arrangements are on to make sure he gets the necessary medical treatments so he can get back to his feet.

ABOUT US
Info Daily is published by Info Daily Media. We are poised in bringing to your reading pleasure happenings from the entertainment, politics, music, sports fashion, etc world. Do you, however, want us to cover and publish your social (wedding, house warming, graduation, burial,etc), political, religion among other events? Fill free to contact us @ contact@infodailyng.com. Breaking news for us in your area? Contact editor@infodailyng.com
FOLLOW US
© Info Daily Designed by