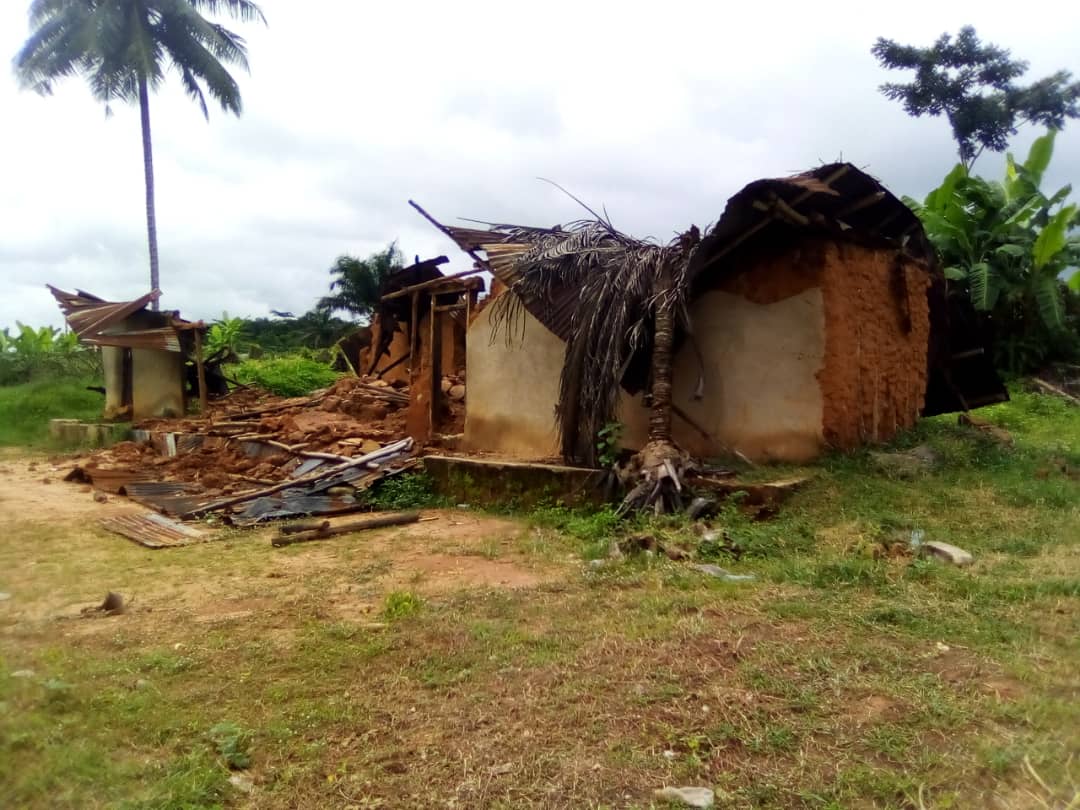 People of Oke-Oroma community in Ikpoba-Okha Local Government Area of Edo State have appealed to the state government and other concerned authorities to rescue them from an incessant attack they alleged carried out on them by Amagba community. 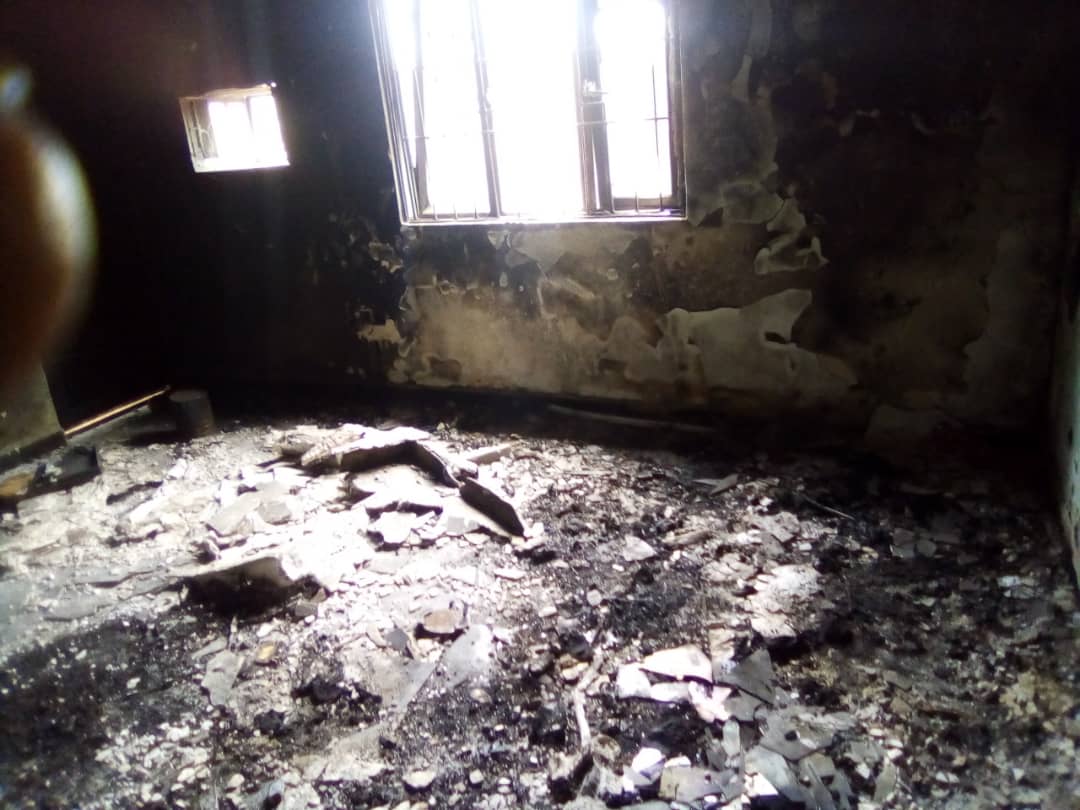 Interior of Mr. Monday’s building burnt down during the crisis

Though nomalcy is returning to the community as commercial activities are gradually picking up, it was learnt that it took the effort of Oba of Benin, Ewuare II, to order stationing of a military checkpoint before the last attack on the community was checkmated.

Taking newsmen round the damaged property in an inception, Pa Richard Emokpae, Acting Odionwere of the community, said they were going about their normal businesses on the 20th of February this year when people he alleged to have come from Amagba in Oredo LGA of the state attacked them.

He noted that though land dispute between Amagba and Oke-Oroma started year 2012, the then Oba Erediauwa settled the dispute by declaring that Amagba land does not extend to the community, and that he warned them not to trespass yet they have continue to attack them, stressing that the attack occured even in 2017. 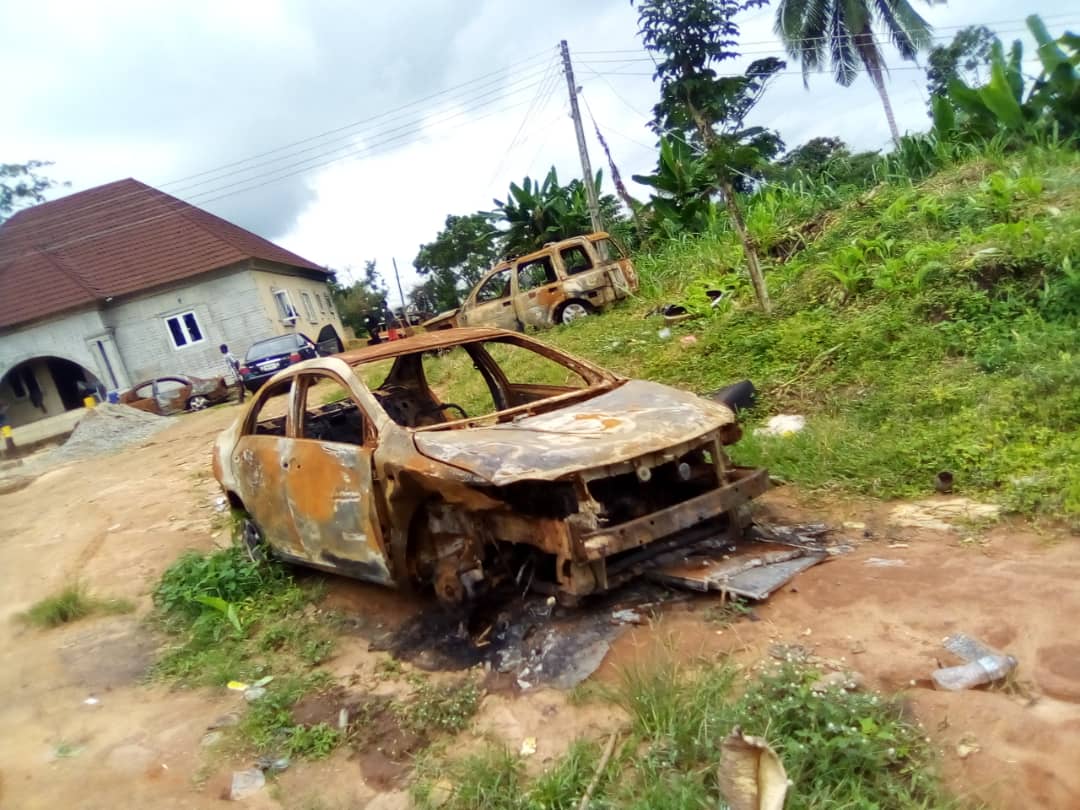 The Acting Odiowere added that the Oba then declared that Oke-Oroma is an autonomous community and that Amagba and other neighbouring communities land does not extend beyond Oroma river (the land boundary) yet they have turned deaf hear to the declaration and attack them over the land. 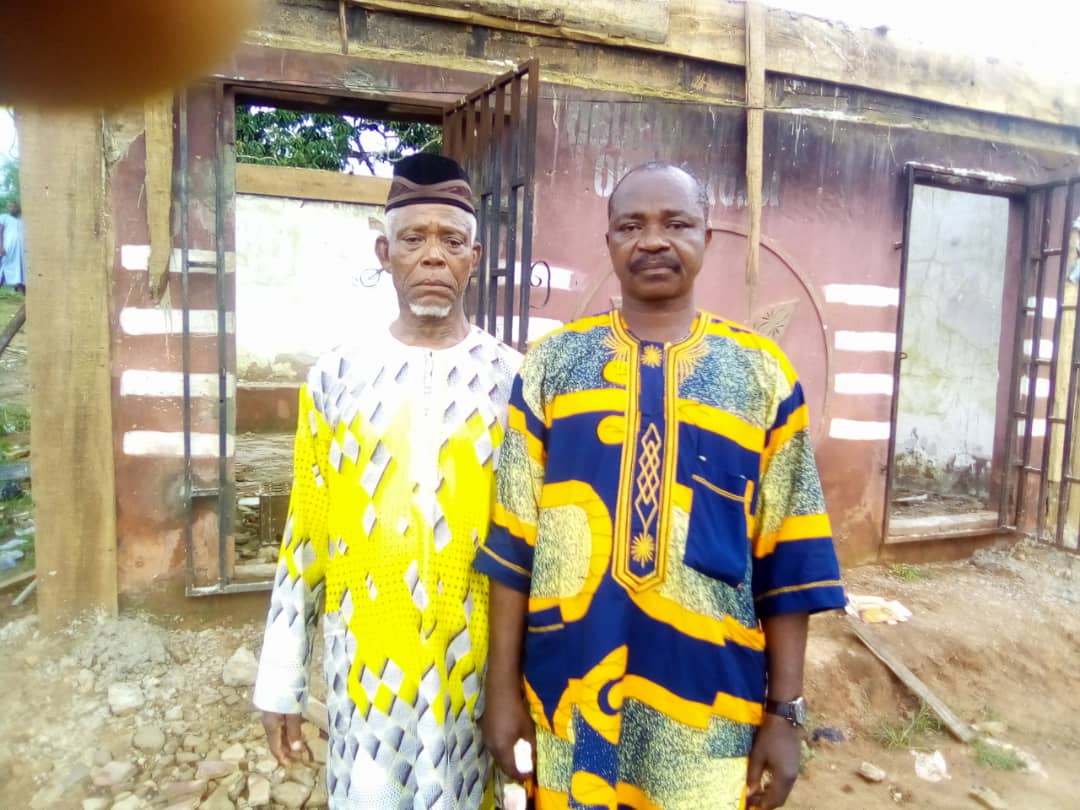 ” But unfortunately Amagba came to invade us, and in the process many structures were destroyed while vehicles were burnt. The Oba of Benin has once again declared that Amagba does not own any land across the river, but the Invaders are not at rest, they do come to invade us every day, and we have lost several people in the battle.

” This recent attack one took place on the 20th of February this year.
The attack lasted for more than two weeks.They were shooting indiscriminately that many of us ran into the bush and spent days there,” the Acting Odionwere said.

Also speaking to newsmen, one of the victims of the attack, Mr. Monday Imagbenikaro said he was in the morning that faithful day with his family when he started hearing gunshots and some men came to his house and shot indiscriminately, killing his four foreign dogs and left. 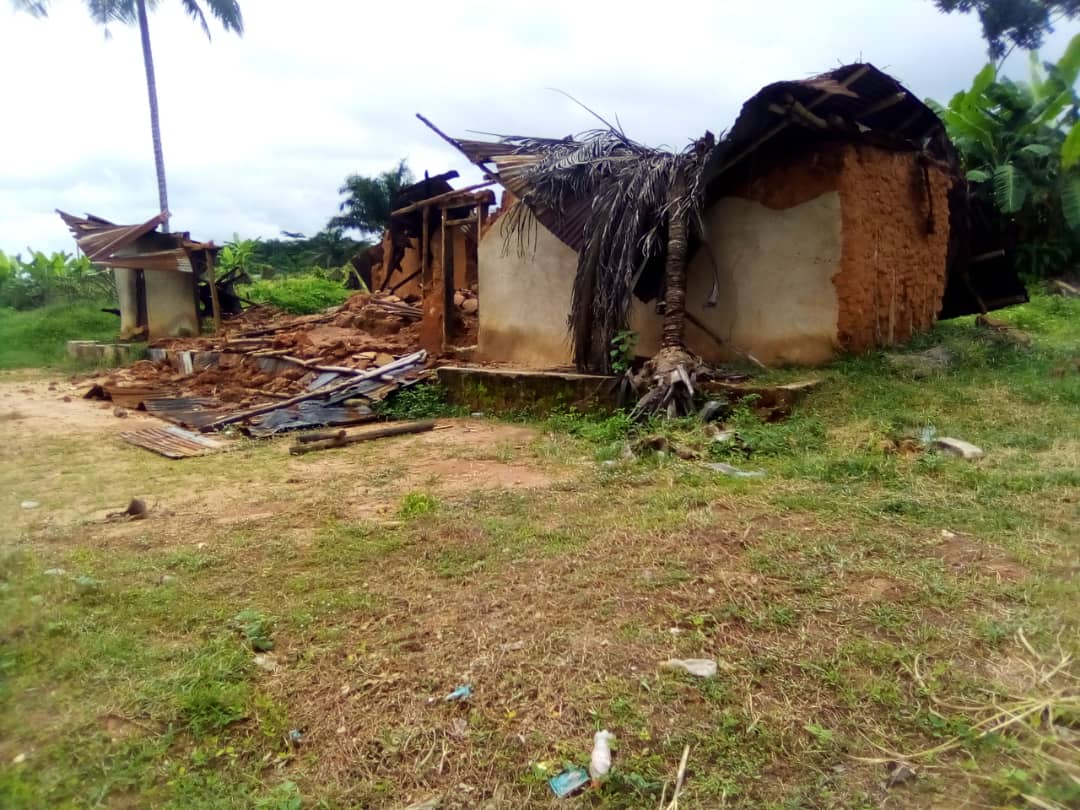 Building damaged during the crisis

” My wife came back home to tell me that some police men at the river side said to her and the driver to go back, and that there was a crisis in the community and they want to settle it. I then said if that should be the case we should lock ourselves inside. As we just did that, the next thing, I started hearing gunshots. Before I knew what was happening, they came to my house and shot all my dogs; they fell my gate, and left.

” As they left, I thought it was over, so I came out but saw a lot of people in the community with guns, I then said within myself it was not over yet, I then went inside again. After some hours, they came again, entered my house, damaged things including my 3 cars, and they were even arguing if they should set fire on my generator, but someone said it was not yet time for that, but they must destroy something, and they destroyed everything and left again.

” The third time again they came at about 6pm and started banging on my main door. They forced themselves in and brought me out. Without asking any question, they first shot me on my two legs and I was on the floor. A guy brought out pump action and was about shooting me when I started pleading that my wife is pregnant and that they should allow me see my inborn baby.

” They brought my wife out and saw her. But one said they should kill me, the man that brought my wife out however said this man said his wife is pregnant and he wants to see his unborn baby, you still want to kill him, please let him be. They there after brought out my driver, and I started pleading that he is my driver that they shouldn’t kill him. And that was how they ordered him to take me to hospital, and that no one else will touch us, and that was how myself and the entire family left.”

According to him, when all this was going, they questioned him why he didn’t buy land from Amagba community but Oke-Oroma, and that Amagba owns the community and the land therein. 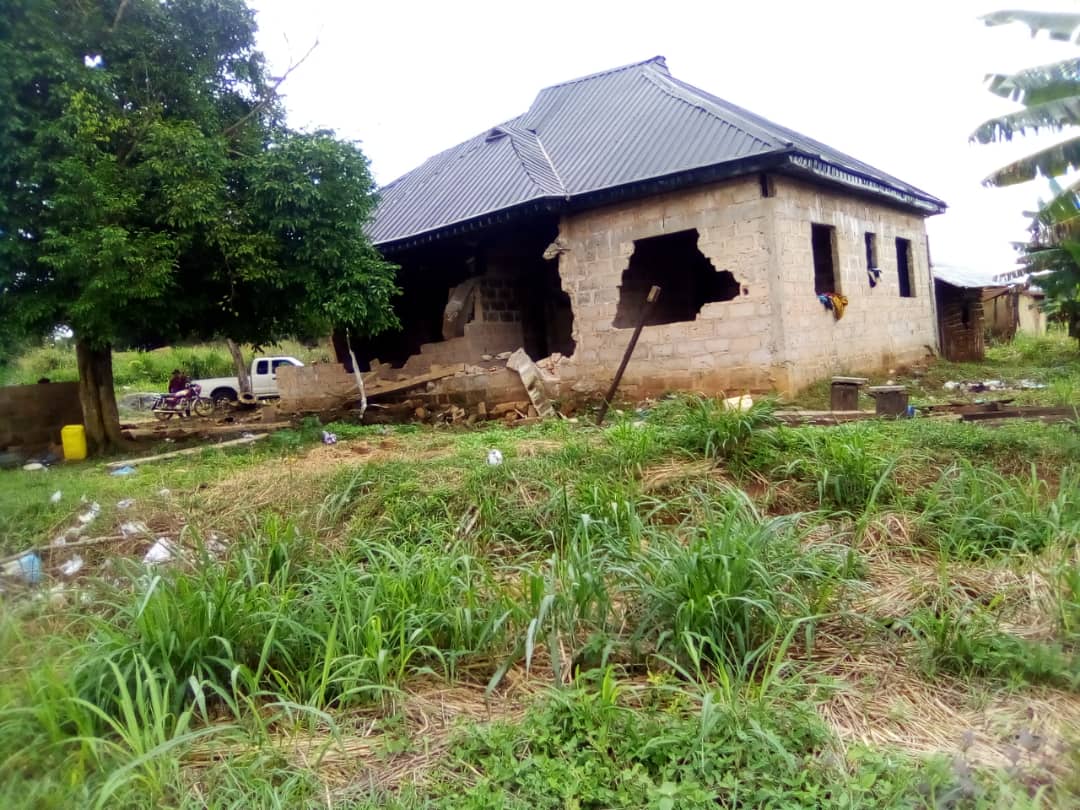 Effort to take Amagba’s reaction proved abortive as one of the community leaders who ought to speak to our correspondent said on phone that he was in Lagos and that he cannot say anything as regards the allegation via phone.