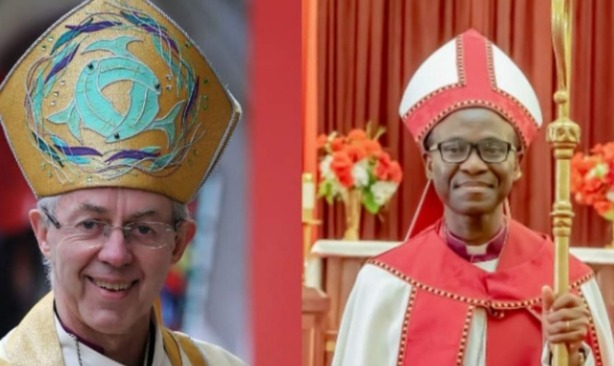 Maintaining that the Bible clearly teaches that marriage is for one man and one woman, Orji stated that the confusion that Welby’s position brings to the Church is as a result of “refusing to follow the clear teaching of Scripture on this issue of human sexuality and marriage.”

Orji stated, “This statement by the Archbishop of Canterbury on Lambeth 1:10 is a classic example of a non-committal affirmation of the validity (read EXISTENCE) thereof. It is intentionally ambiguous so that his statement is useless for use by conservatives in the Anglican Communion.

“So, based on what he has written, Archbishop Welby is not really committed to Lambeth 1:10 and he believes that the orthodox stance of Lambeth 1:10 on sex and marriage is injurious to the unity of the Anglican Communion. Hence his letter is vague and intended to accommodate everyone but ended up obfuscating the truth.

“The Bible is much clearer on the issue — marriage is for one man and one woman and that is the only context for sexual activity. It’s that simple. The confusion and hurt in the Anglican Communion are the results of refusing to follow the clear teaching of Scripture on this issue of human sexuality and marriage.”

The Archbishop of Canterbury, Justin Welby, had, on Tuesday, written to all of the bishops of the Anglican Communion ahead of the Lambeth Conference.

In his letter, Welby had stressed that “‘all baptised, believing and faithful persons, regardless of sexual orientation are full members of the Body of Christ’ and to be welcomed, cared for, and treated with respect,” quoting Lambeth 1:10.

The letter read: “Dear Sisters and Brothers in Christ,

“As the Lambeth Conference continues, I give thanks to God for our time together, online and in person, and I express again my sadness that not all Anglican Bishops and spouses are participating. Above all, I feel this gathering is affirming that we belong to one another in Jesus Christ and that as Anglicans we are called to share his Good News with a world in need — across a great diversity of cultures and contexts. May God’s Holy Spirit inspire and empower us to share Christ’s love with all those we are called to serve in the challenging years ahead.

“I wanted to write this letter to you now so that I can clarify two matters for all of us. Given the deep differences that exist within the Communion over same-sex marriage and human sexuality, I thought it important to set down what is the case. I write, therefore, to affirm that the validity of the resolution passed at the Lambeth Conference 1998, 1:10 is not in doubt and that the whole resolution is still in existence.

“The Call states that many Provinces – and I think we need to acknowledge it’s the majority – continue to affirm that same-gender marriage is not permissible. The Call also states that other provinces have blessed and welcomed same-sex union/marriage, after careful theological reflection and a process of reception.

“In that way, the Call states the reality of life in Communion today. There is no mention of sanctions, or exclusion, in 1.10 1998. There is much mention of pastoral care. We have a plurality of views. As Lambeth 1.10 also states: ‘all baptised, believing and faithful persons, regardless of sexual orientation are full members of the Body of Christ’ and to be welcomed, cared for, and treated with respect (I.10, 1998).

“What is also clear is that Lambeth 1.10 itself continues to be a source of pain, anxiety, and contention among us. That has been very clear over the course of this Lambeth Conference. That is also part of the current reality of our Communion. To be reconciled to one another across such divides is not something we can achieve by ourselves. That is why, as we continue to reflect on 1 Peter, I pray that we turn our gaze towards Christ who alone has the power to reconcile us to God and to one another.

“There is of course much more to reflect on after the Conference and I will be writing to you all again after I have had the opportunity to reflect further.

“For now, on this matter on which we are so divided, I want to repeat a sentence from the Call: ‘As Bishops, we remain committed to listening and walking together to the maximum possible degree, despite our deep disagreement on these issues.’

“Let us abound in love for all, for our brothers and sisters are never our enemies. Let us above all focus on the great issues – which we discussed with much energy – of being God’s Church for God’s world, serving with humility and grace, and bringing glory to the one who when we were still sinners died for us (Romans 5:8).” 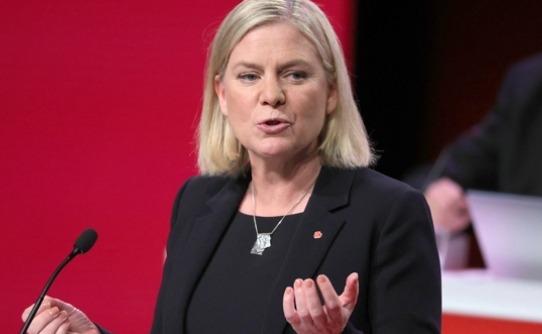 Sweden’s government on Wednesday vowed to compensate households and companies for soaring electricity costs in the wake of the Ukraine war, to the tune of up to 60 billion kronor ($5.76 billion).

At least half of the amount was to go to households who could expect to be compensated “this winter”, Prime Minister Magdalena Andersson told reporters.

“We have electricity and gas prices at a level we’ve never seen before”, she said.

On Wednesday, electricity on the Nordpool market hit a record 5.69 kronor per kilowatt hour in southern Sweden. It was expected to fall back slightly to 5.50 kronor on Thursday.

Gas prices have thereby soared, at a time when there is little wind energy being generated in northern Europe due to current weather conditions.

Svenska Kraftnat, the state-owned operator of the national grid, has therefore been raking in soaring so-called capacity fees, which have left it with a surplus despite massive investments in its grid, Andersson said.

That surplus should make its way back to consumers, Andersson said, adding: “The higher the electricity price goes, the higher the amounts we’re talking about”.

Hydropower for about half of the electricity generated in Sweden, which also relies on nuclear and wind power.

It is not yet known what form the compensation would take nor when it would be introduced, but the government said measures could include lower electricity prices as well as direct refunds to households and companies.

The government has tasked Svenska Kraftnat with drawing up a concrete proposal by November 15.

The Nigeria Governors’ Forum (NGF) has criticized the Minister of Justice and Attorney General of the Federation, Abubakar Malami, describing his recent claims and actions as fraudulent and self-serving over the $418m Paris Club refund.

The Chairman of the group, Kayode Fayemi, told the media after a meeting on Wednesday that the Forum would take every constitutional and legal means to ensure that the purported consultancies are fully litigated by the Supreme Court.

The Minister of Justice had days ago stated that the Governors had no basis to reject the proposed deductions of 418 million dollars from the Paris Club refund because they had been indemnified and conceded that such payments be made to the consultants.

The NGF Chairman insisted that there is no liability by the states and only the courts can determine if the NGF states are indeed liable. Mister Malami, according to him, is acting in his personal and public interest.

In a communique at the end of the meeting, it added: “The Forum extensively reviewed the purported attempt by the Attorney General of the Federation (AGF) and the Minister of Finance (HMF) to circumvent the law and a recent judgement of the Supreme Court to secure the approval of the Federal Executive Council (FEC) to effect payment of the sum of US$418 million to contractors who allegedly executed consultant in respect to the Paris Club refunds to the state and local governments.

“A committee was set up comprising the Chairman, Governor Kayode Fayemi of Ekiti State, Governor Rotimi Akeredolu of Ondo State, and Governor Abdullahi Sule of Nasarawa State to interface with the committee set up by Mr. President to review the matter.”

War: China, India, Tajikistan, Others To Send Troops To Russia 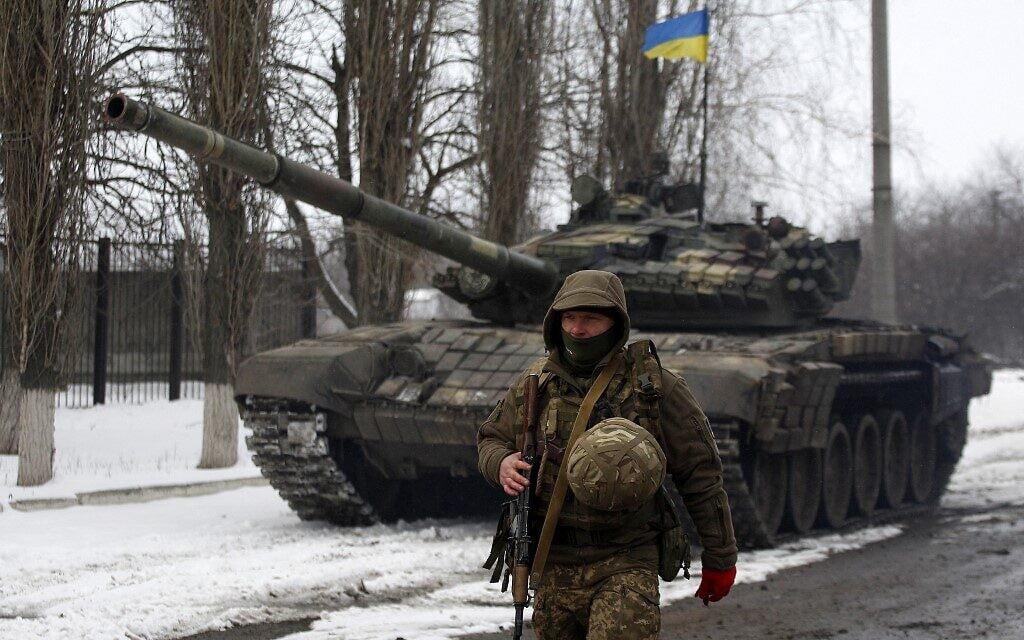 China’s People’s Liberation Army will send troops to Russia to participate in the “East-2022” drills.

The East-2022 is also called the Vostok-2022 and this was disclosed by the Chinese Ministry of Defense on Wednesday, according to CNN.

“China’s participation in the exercise is aimed at deepening practical and friendly cooperation with the armies of the participating countries,” the ministry added.

It further explained that the Asian giants’ participation would enhance the level of strategic cooperation among countries involved.

The exercise would further strengthen the ability to respond to various security threats, according to the defense ministry.

It, however, added that the exercise is unrelated to the current international and regional situation.

Other nations to join in the exercise are India, Belarus, Tajikistan, Mongolia and other countries