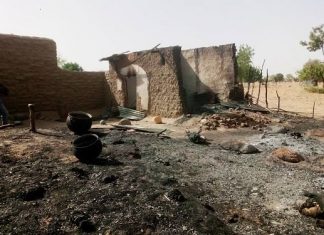 Crime
A special team of the Delta State Police Command “Safe Delta” has arrested a female, Bella Lucky and two men, belonging to an armed...

The police in Dunukofia Local Government Area of Anambra State on Sunday arrested scores of homosexuals in the area.

It was gathered that, following a tip off, the police raided a hotel in the area where the homosexuals where celebrating a party.

A police source said, “The officers arrested an undisclosed number of them, mostly men of different age brackets.”

An indigene of the community who coroborated the police source said, “The homosexuals were holding a party at the facility when trouble ensued, leading to invitation of policemen from Ukpo Police Division.

“The suspects attempted fleeing from all directions in the hotel when policemen arrived, leading to destruction of ceilings and other items in the facility.

“The suspects were taken to the Police Anti-cult Office in Ukpo for investigations.”

The state Police Public Relations Officer, Haruna Mohammed, said the report of the incident had not been brought to his knowledge. 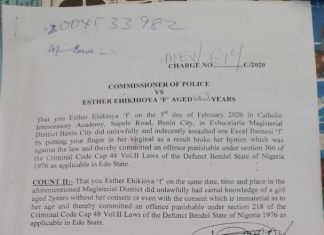 Crime
A Benin High Court on Thursday adjourned the ruling on bail application of Iyatsere of Warri, Johnson Atseleghe, 63, slated for Aug. 25. The court...