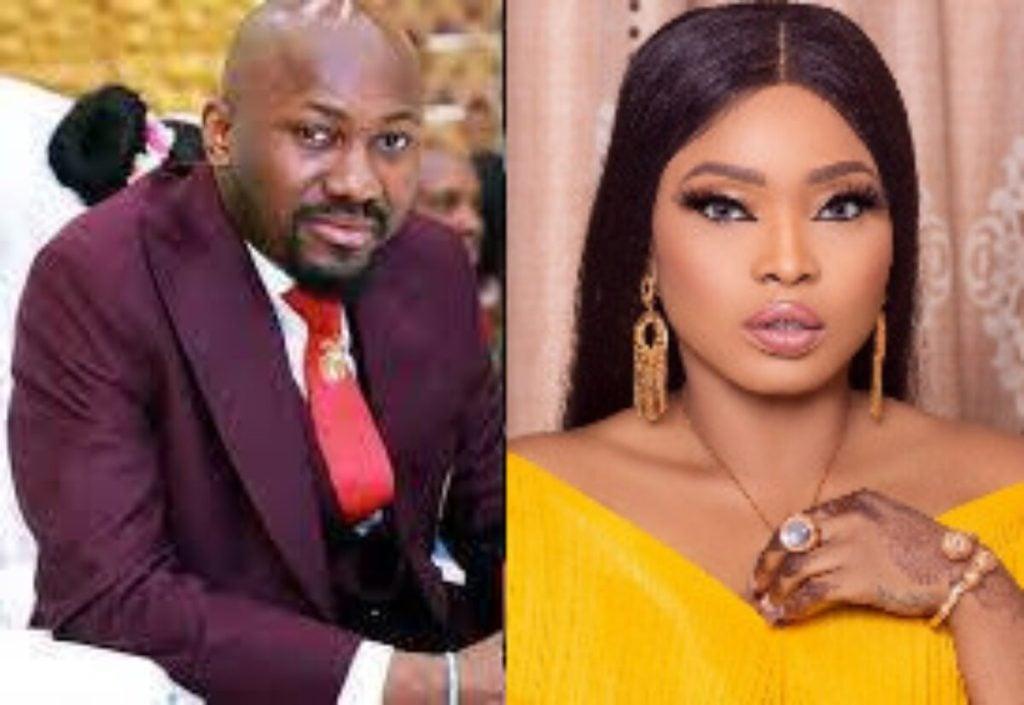 The senior pastor of Fire and Omega Ministries, Apostle Johnson Suleman has filed a defamation lawsuit against actress Halima Abubakar.

Halima had accused Apostle Suleman of having an affair with her and inflicting her with sickness.

She also alleged that she was pregnant for him three times and lost all three while he also had sex with her while she bled.

The preacher, through his legal representatives, Ephesus Lex Attorneys and Solicitors, brought Ms Abubakar before Justice. J. Enobie Obanor of the High Court of the Federal Capital Territory, Abuja.

He asked the court to direct the defendant to publish a retraction of her defamatory statements posted on her Instagram handle and on several online blogs and newspapers.

He also asked the court to compel Halima to pay for the deletion of all links and reportage of the said defamatory comments on all platforms on the internet.

Suleman also demanded the sum of N1 billion as aggravated and exemplary damages for libel, an order of perpetual injunction restraining her from further publishing or causing to be published the said or similar defamatory statements.

He is also asking that Halima be made to pay the sum of N20 million for legal fees.

G.O.A.Ts Have No Place In Heaven — Mike Bamiloye 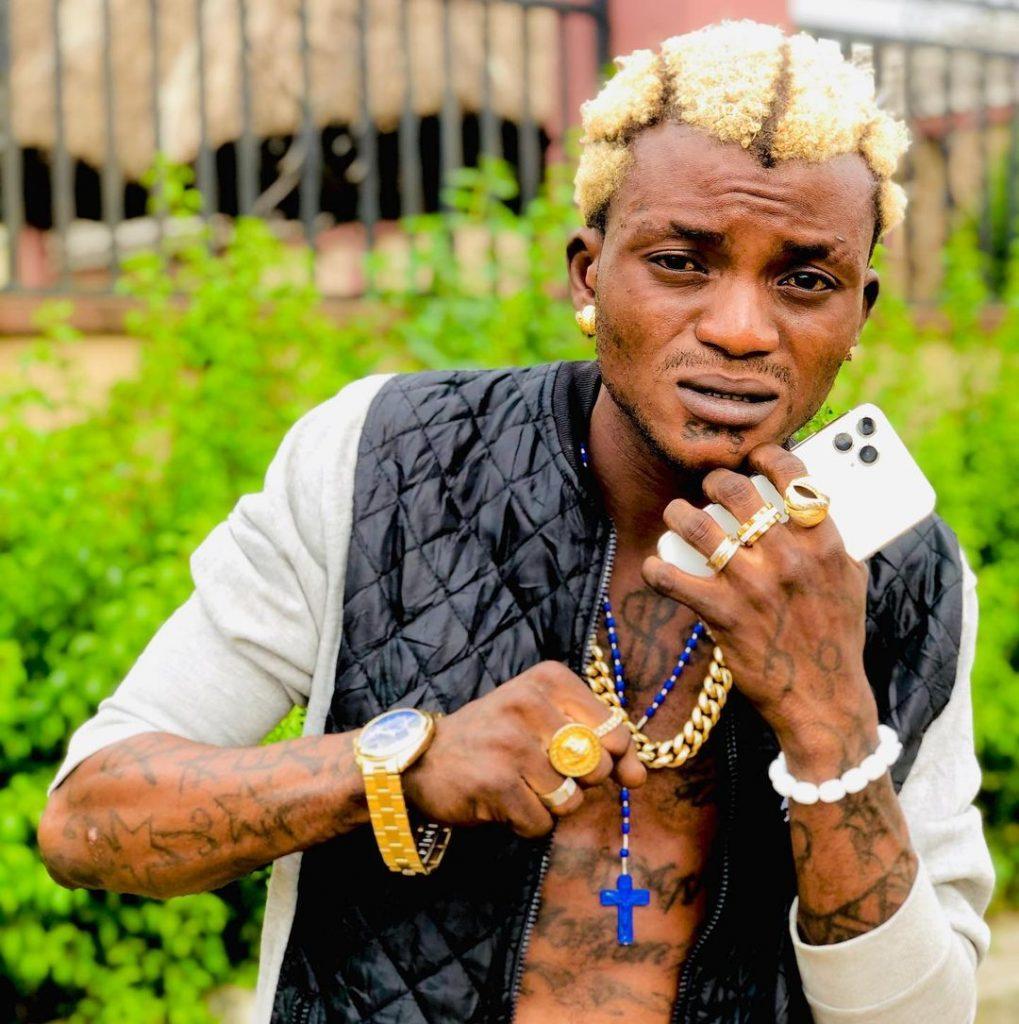 Controversial singer, Habeeb Okikiola, aka Portable, has often been in the news, mostly for the wrong reasons due to his antics one and off the stage. Because of his controversial comments, he has been invited for questioning by the police on different occasions.

However, it doesn’t seem like the singer has any plan to shy away from controversies. One of his latest songs titled, ‘Kuku do Ritual’, has been widely criticised for its negative message of acquiring wealth by all means, including doing money rituals. Considering the rising cases of ritual killings and other forms of moral decadence in the country, stakeholders in the industry have stated that the singer should be called to order.

Condemning the song, the Muslim Rights Concern, called on security agencies to investigate the song and the singer.

“We find this song disgusting, detestable and egregious. It is a brazen assault on Nigerian and African values. Portable’s latest song has reduced human life to the level of ordinary ants that can be stamped out under human feet without qualms and without consequences.

“This song has the capacity to influence our young ones in a negative manner. It is also capable of destroying the future of the youth. Something must be done urgently.”

Meanwhile, an entertainment lawyer, Femi Njoku, noted that though artistes should be allowed to express their creativity however they see fit, if music is inimical to societal growth and advancement, it is only proper for it to be regulated. He told our correspondent, “I am a big believer in not limiting the creative license of anybody, as long as whatever they are doing is not illegal.

“However, if the music promote vices that are inimical to societal growth and advancement, it is only right for a body that is in charge, like the NBC, to regulate the contents that are played on our airwaves. We are at a time when there is a high rate of ritual killings and other crimes that are definitely aided by certain things such as the music people listen to.”

On his part, a music enthusiast, Emmanuel Daraloye, stated that artistes needed to be careful about the message they passed in their music, especially because afrobeats is now enjoying global attention.

He said, “As regards the negative message, I think Portable might just be speaking his truth, which is also the reality of many frustrated Nigerians. Art has never been created in a vacuum; it is always a reflection of the realities of the people. However, for the outside world, songs like this beam light on the situation of the country. A song like this could shape their view of the country, and they might become wary of Nigeria after listening to this song.”

However, the President of the Performing Musicians Association of Nigeria, Pretty Okafor, noted that though the singer was a member of the association, it had no power to sanction any musician over their songs.

Justice O. A. Oresanya of a Lagos State High Court has awarded N5m damages against a singer, Ikuforijimi Abdulrahman, aka Oxlade, over a leaked explicit sex tape with a woman on a social media app, Snapchat.

A sex tape of the singer went viral online on February 9, 2022, as the artiste later apologised to his fans.

While delivering judgement on Tuesday, January 24, 2023, the judge described the action of the singer in secretly recording the explicit sex and leaking the tape online as “despicable, horrendous, distasteful and classless.”

The claimant in the suit, Blessing, had on March 15, 2022, filed a suit before the court demanding N20m damages and a declaration that the respondent’s (Oxlade) act of recording their sexual acts without her knowledge and consent amounted to contravention of enabling laws and a gross violation of her fundamental rights to dignity, privacy and freedom from discrimination guaranteed under sections 34 and 37 of the 1999 Constitution (as amended) and Articles 5 of the African Charter on Human and People’s Rights (Ratification and Enforcement), Act, Cap. A9, LFN, 2004.

When the matter came up, the judge was ready for judgement when counsel for the claimant, E. T. Idemudia and O. S. Mabekoje, with U. R. Michael for the respondent, announced their appearance and both parties agreed to opt for amicable resolution via a consent judgement.

However, Justice Oresanya lambasted the singer.

“The action and attitude of the respondent (Oxlade), who is said to be a celebrity, is despicable, horrendous, distasteful and classless. The respondent is admonished strongly to act with utmost circumspection in his relationship with fellow humans, especially the opposite sex. What goes around comes around. I need not say more,” the judge said.

Prior to that, Justice Oresanya faulted Oxlade for treating the judicial process with disrespect and accused his lawyer of aiding him to desecrate the temple of justice.

The judge thereafter entered the terms of settlement dated January 11, 2023, as the judgment of the court.

“By the consent judgement, Oxlade is to pay damages to the tune of N5m to the claimant in two instalments of N2m and N3m respectively,” Oresanya added.
PUNCH 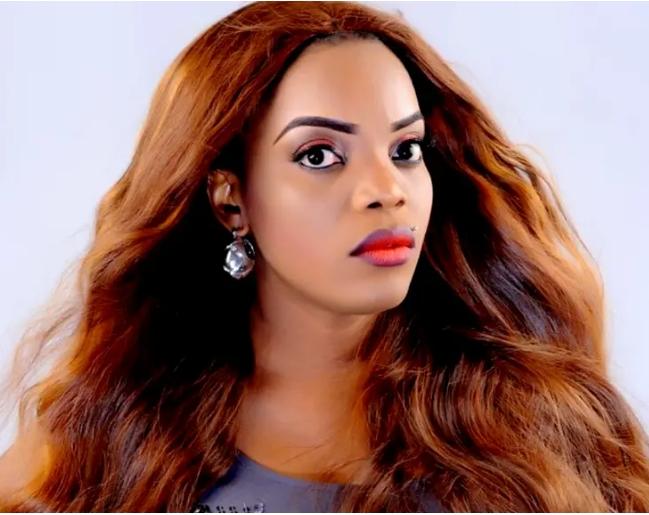 Nollywood actress, Empress Njamah has finally penned down all the terrible things she went through and found out, in the hands of her estranged fiance, Josh Wade.

The actress made this known in a series of posts on her Instagram page on Wednesday.

Empress stated she had gotten back her Instagram page, while she recounted the emotionally draining experience in the hands of her partner.

She revealed that putting his picture on social media, gave many victims the opportunity to speak out.

She said, “I was glad I came out to speak, putting his picture out there has brought out so many of his victims. He’s known with different names and has really done terrible things to so many women.

“It’s his trade for years, take everything they have without mercy and blackmail them with their nudes. His pictures I out have exposed a lot about him, the appropriate authorities are on it.

“His still on the run, the police are on it. For those asking why I didn’t report to the police, of course, I did. I mustn’t put everything on IG.

“It’s a shame and a pity how a Blog took his fabricated story and wrote lies about me. Complete lies, we are our own problem.

“Reason victims can’t come out to speak cause of how people judge, (and) curse humiliate them. I have listened to over 100 women’s stories.

“It’s very sad that social media judges pick their phones to bully victims while the blackmailers roam the streets freely in due time when his apprehended by the authorities the real story will be made public and justice will be served.”

“When I said I have seen thousands of videos of known faces on his phones. People insulted me n said I was telling lies, not until people started opening up and talking.

“I have some of the videos I was able to take from his phones (which I gave the police). 2 reputable blogs confirmed it from the victims and reached out to me (thanks for being professional). Keep holding the facts, in due time).

“Same blackmailer has been to Kirikiri prison (if only you knew his offence) let me stop here for now.

“The blackmailer ran away with my car, international passport, 3 phones, valuables worth millions.

“After taking all my money, but not my life like he’s done to so many of his victims. Using my DM to chat with ladies asking if they want to meet someone who will change their lives for good. (I will never ask for such) then he starts chatting them up on his phone asking for dollar account and their nudes. So many fall for this and his blackmailing them already. Really sad.”

She added, “I went through a lot for months, all because I didn’t want my videos out there. Video calls this blackmailer recorded which people dating do and videos are taken from my house during my shower.

“Because of his evil intentions. I was able to escape and run for my life from his regular beating, threats, humiliation. (I practically lived in the hospital) because I exposed him, he then posted the videos thinking I was the same scared person. I overpowered him. Thank God I’m alive, free, getting my life back”.