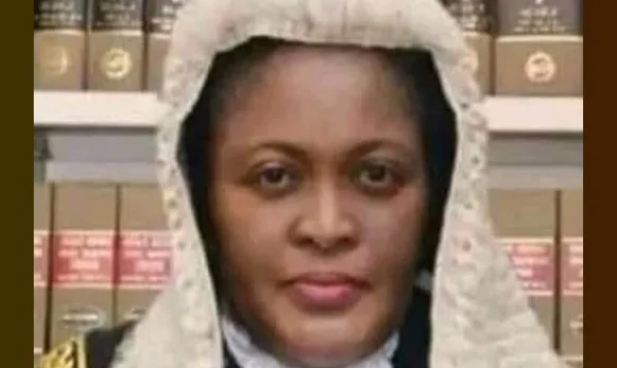 THISDAY Newspapers has disowned a journalist, Stanley Nkwazema, who was paraded alongside others for allegedly raiding the home of Supreme Court Judge, Justice Mary Odili.

The newspaper said this in a statement on Thursday titled, ‘Disclaimer: Stanley Nkwazema is Not Our Staff/Contributing Editor’.

In the statement which was signed by its Managing Editor, Bolaji Adebiyi, the newspaper said the journalist resigned 15 years ago.

It, therefore, said the newspaper had no hand in the invasion of the home of the judge.

The statement read in part, “The attention of the management of THISDAY Newspapers has been drawn to the news making the rounds that Mr. Stanley Nkwazema, one of those suspected to have invaded the home of Justice Mary Odili claimed to be a staff and Contributing Editor of THISDAY.

“Contrary to his claim, Mr. Nkwazema is neither a Staff of THISDAY nor a Contributing Editor. He was a Sports Correspondent and resigned more than 15 years ago.

READ ALSO: Senate Rules Out Non-release Of Funds As Challenges Of Govt Agencies

“However, occasionally, he, like hundreds of other readers of the newspaper, sends for publication articles and analyses and is usually obliged, a privilege THISDAY gives to some of its ex-staff. That does not in any way make him a staff and contributing Editor of THISDAY.

“Since his resignation, THISDAY had at no time contracted Mr. Nkwazema to investigate any story, and we know nothing of his alleged investigation of a story leading to the raid of the residence of Hon. Justice Odili.”

The newspaper said police authorities and the general public should, therefore, note that Mr. Nkwazema, whatever may be his involvement in this matter, was not acting on behalf of THISDAY in any shape or form.