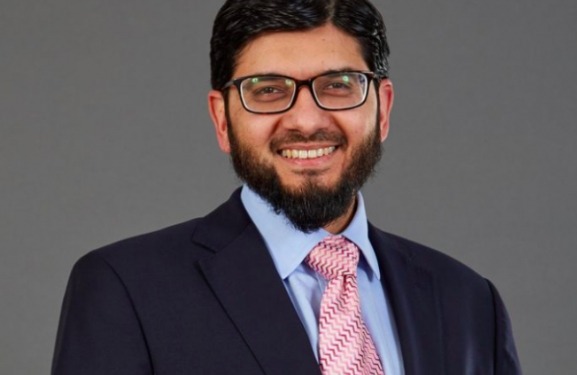 The UK government on Saturday dismissed a Muslim cleric from his role as an official adviser, accusing him of fomenting protests against a new film about the daughter of the Prophet Mohammed.

Alleging The Lady of Heaven is blasphemous, Muslim groups protested outside UK movie houses this week, forcing the world’s second-largest cinema chain to cancel all screenings.

Cineworld’s announcement came after Qari Asim, an imam and lawyer in the northern English city of Leeds, posted on Facebook on Monday that the film had “caused much pain and hurt to Muslims”.

While noting that his own group had not taken part in protests, and expressing support for freedom of speech, Asim publicised details of one protest in Leeds coming up that evening.

In a letter to Asim, the government said the Facebook post was incompatible with his status as deputy chair of an official working group on anti-Muslim hatred.

Terminating the appointment “with immediate effect”, the government said the campaign against the film “has led to street protests which have fomented religious hatred.

“This clear involvement in a campaign to limit free expression is incompatible with the role of a government adviser,” it added, alleging the campaign had incited anti-Shiite hatred by Sunnis.

There was no immediate comment from Asim, who also served as an independent adviser to the government on Islamophobia until his dismissal.

The drama is billed as the first film on the life of the Prophet Mohammed’s daughter, Fatimah, and draws links between the Islamic State group in the 21st century and historical figures in Sunni Islam.

The executive producer of the film, Malik Shlibak, complained to The Guardian newspaper that cinema chains were “crumbling to the pressure”.

Advertisement
Related Topics:ImamUK Government
Up Next

China Will ‘Not Hesitate To Start War’ Over Taiwan, Beijing Tells US 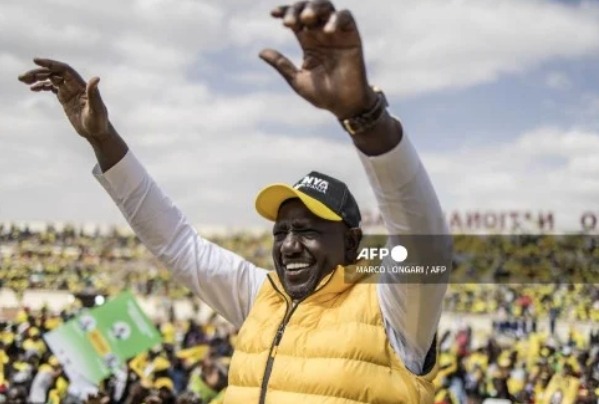 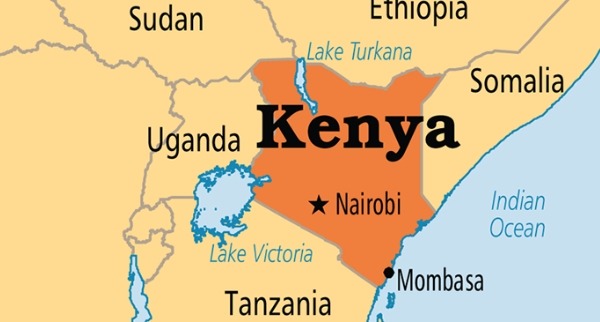 Kenya was moving closer on Monday to learning the outcome of its closely-fought presidential election after days of anxious waiting.

Deputy President William Ruto was leading with slightly more than 51 percent of the vote against 48 per cent for Raila Odinga, based on official results from more than 80 percent of constituencies, according to a tally published by the Daily Nation newspaper.

Both men had on Sunday appealed for calm as the wait for the final results of the August 9 vote dragged on.

Polling day passed off largely peacefully, but memories of vote-rigging and deadly violence in 2007-08 and 2017 still haunt Kenyans.

The Independent Electoral and Boundaries Commission is under intense pressure to deliver a clean poll in a country regarded as a beacon of stability in a troubled region.

Results must be issued by Tuesday at the latest, according to Kenya’s constitution.

Ruto, 55, is deputy president but is effectively running as the challenger after outgoing President Uhuru Kenyatta threw his support behind his former foe Odinga, the 77-year-old veteran opposition leader making his fifth bid for the top job.

Turnout was lower than expected at around 65 per cent of Kenya’s 22 million registered voters, with observers blaming disenchantment with the political elite in a country battling a severe cost of living crisis.

The IEBC had faced sharp criticism of its handling of the August 2017 poll, which in a historic first for Africa was annulled by the Supreme Court after Odinga challenged the outcome.

Dozens of people were killed in the chaos that followed the election, with police brutality blamed for the deaths.

Kenyatta went on to win the October rerun after a boycott by Odinga.

Kenyans prayed for peace Sunday as they waited anxiously for the final outcome of the presidential election, with the two frontrunners almost neck and neck, according to partial official results.

As of Sunday morning, Deputy President William Ruto was slightly ahead of his rival Raila Odinga, data from the Independent Electoral and Boundaries Commission showed, before cutting off the live feed displaying the percentage of votes won by both men.

The IEBC, which has now tallied votes from over 70 percent of constituencies, did not give an explanation for the decision.

But a running tally at the Daily Nation newspaper, citing the official data, said Ruto had so far scored 52.54 percent of the vote, while Odinga had 46.78 percent.

Tuesday’s vote passed off largely peacefully but after previous elections sparked deadly violence and rigging claims, the IEBC is under intense pressure to deliver a clean poll and release results by Tuesday.

Riot police were deployed overnight inside the commission’s heavily guarded tallying centre in the capital Nairobi after political party agents disrupted the process, hurling rigging allegations at each other.

“We call on all political candidates, their supporters and the public to exercise restraint. We must all avoid raising tensions that could easily trigger violence,” the 14 organisations said.

The poll pitted Odinga, a veteran opposition leader now backed by the ruling party, against Ruto, who was widely expected to succeed President Uhuru Kenyatta until his boss joined hands with former foe Odinga in a dramatic shift of political allegiances.

Both candidates have pledged to maintain calm, with the memory of the 2007-08 and 2017 post-poll violence still fresh for many Kenyans.

Speaking at a separate service in the capital, Odinga, 77, recited the opening lines of the Peace Prayer of St Francis and said: “I want to become an instrument to bring peace, to heal, to unite and keep the hope alive in our country.”

Worshippers in Odinga’s stronghold of Kisumu also prayed for a peaceful outcome, with bishop Washington Ogonyo Ngede telling his 300-strong flock: “Don’t let politics divide us. We must remain united.”

“Because leaders come and go but the country of Kenya lives forever,” said Ngede, a lifelong friend of the Odinga family.

“Let us have peace,” he said to cheers and ululations.

In Ruto’s Rift Valley bastion of Eldoret, the clergy and congregants alike called for calm and patience.

“We have come here to pray for peace, for our country, for our politicians to ask them (to) be very cautious and prudent in their utterances,” said bishop Dominic Kimengich.

“We have gone through this as Kenyans, we know that any imprudent remark… can easily trigger conflict and that’s what we don’t want,” he told AFP.

“We want a peaceful Kenya.”

The election is being closely watched by an international community that views Kenya as a pillar of stability in a volatile region.

Turnout was about 65 percent, much lower than the 78 percent recorded in 2017, a reflection, some observers say, of the disenchantment with the political elite, particularly among young people.

The winner of the presidential race needs to secure 50 percent plus one vote and at least a quarter of the votes in 24 of Kenya’s 47 counties.

If not, the country will be forced to hold a runoff within 30 days of the original vote.

Observers say that with the race so close, an appeal to the Supreme Court by the losing candidate is almost certain, meaning it could be many weeks before a new president takes office.