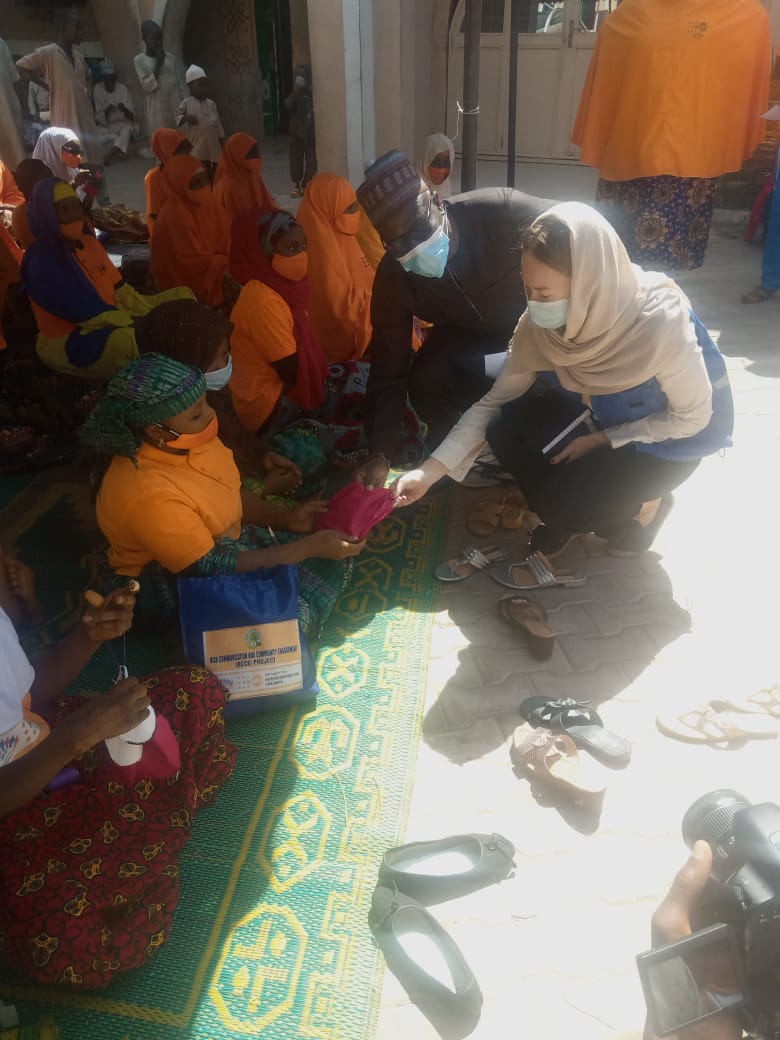 The United Nations Population Fund (UNFPA) in collaboration with a Bauchi based NGO, Ikra Foundation for Women, Youth Development (IFWYD), says it has trained 68 women on production of reusable sanitary pads.

The beneficiaries were also exposed to shampoo, liquid soaps, sanitiser and disinfectant productions among others.

Mrs Amina Garuba, Founder of the organisation, disclosed this during the European Union/UN Monitoring Visit to UNFPA Intervention Site and Dialogue session with beneficiaries of the programme.

Garuba said the beneficiaries were trained in Ningi Local Government Area of the state, adding that 20 of them had set up pads production trade as a source of livelihood.

According to her, the reusable sanitary pads are disinfectable, washable and could be put back to use.

In her remarks, Mrs Deborah Tabara, UNFPA Programme Officer in Bauchi, commended the EU for its support to the programme.

“In UNFPA, we believe that investing in gender equality, sexual, reproductive health, rights protection as well as empowerment of women and girls is not only just the right thing to do.

“It is a prudent investment because it has multiple effects in the future. It has an effect on social and economic life. It also leads to overall progress of the community and the state as a whole,” she said.

Osuji stressed the need to sustain the programme to empower more women, adding that the EU would adopt proactive measures to motivate them.

Nabila Yusuf, one of the beneficiaries, said that she had produced and sold about 450 pieces of pads, and called for more support to enable her to expand her business.

Another beneficiary, Jemima Waziri, a mother of three, said that she enjoyed high patronage and made good saving from the sales of the reusable pads.

On her part, Nasiba Ismael, urged the UNFPA and EU to support them with funds to enable them to scale up their bbusinesses.

PDP Knocks Akeredolu Over Appointment Of Son As DG