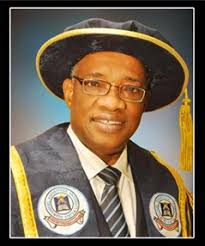 The immediate past vice-chancellor of Samuel Adegboyega University, Ogwa, Esan West Local Government Area of Edo State, Prof. Benard Eronmosele, has said that lecturers caught in ‘sex for marks’ act should be prosecuted and show the exit door, saying this will serve as a deterrent to others who are nursing the idea of indulging in it.

While disclosing this in his response to some questions from newsmen during his send-forth, the university Don said he has no sympathy for those lecturers undergoing punishment for indulging in sex for marks.

“I don’t have sympathy for those that are being persecuted. Whoever commit such offence should be reprimanded and be sentenced. He should be dismissed”, he said

On quacks among university lecturers, he said though it is a common phenomenon, it is not as prevalent as projected particularly in faith-based universities.

Also speaking, the current Vice-Chancellor of the institution, Prof. Idowu Babatunde commended his predecessor for his numerous contributions to the growth of the institution, adding that there is need to appreciate those who have done well in the society.

He said in so doing, the university decided to honour the outgoing Vice-Chancellor who served the institution for seven good years unblemished.

Chairman of the occasion, Dr. Bisi Ogunjobi, while thanking the outgoing VC for meritorious service, said Prof. Benard had contributed immensely to the successes recorded thus far in the school.

Pensioners Protest Non-payment Of N25b Arrears, Call For Reflection Of New Minimum Wage In Their Pay 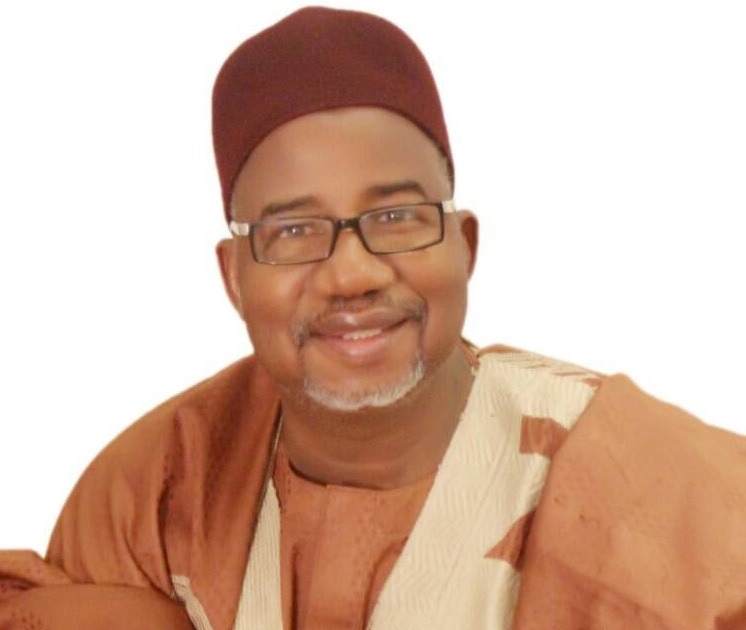 The Bauchi Commissioner for Education, Mrs Jamila Dahiru has said that the state recorded over two million student enrollment in its public schools.

She disclosed this during a meeting with the UNICEF Representative in Nigeria, Ms Christian Munduate on Wednesday in Bauchi.

Dahiru said the students had been enrolled in post basic and basic schools including Kindergarten, adding the state currently has 5,060 schools and 30,752 teachers.

“We have a number of higher institutions, five that are domicile under the Ministry of Education including a university, polytechnic, College of Education and vocational training colleges.

“We also have quite a number of primary schools, junior and senior secondary schools under the ministry.

“These are all in our effort to ensure that we enhance the educational standard of the state,” she said.

According to her, the state government will recruit additional teachers and strengthen capacity building programmes in line with recommendations to addres human resource challenges in the education sector.

“The teachers who want to stay, we are having issues around that and we are working towards retaining some of them even if it is looking at how we can compensate by paying more to those that are located in local government areas.

“This shortage of teachers, we experience more in the primary than the secondary section including quality teacher – pupils ratio.

“We have a very good number of teachers in the senior secondary schools but we are doing very poor when it comes to primary.

“This is because we have more enrollment in the primary than secondary, and that also speaks to the retention, that is the dropout we are talking about,” she said.

Dahiru said the government also embarked on rehabilitation and infrastructure development projects in schools across the state to create enabling teaching and learning environment as well as enhance effective service delivery.

The Commissioner said the government was working closely with the traditional institutions, development partners and other relevant agencies to stem the tide of out-of-school-children and dropouts in the state.

Responding, Munduate said that the UN agency would collaborate with the government of Nigeria to address education and health challenges. 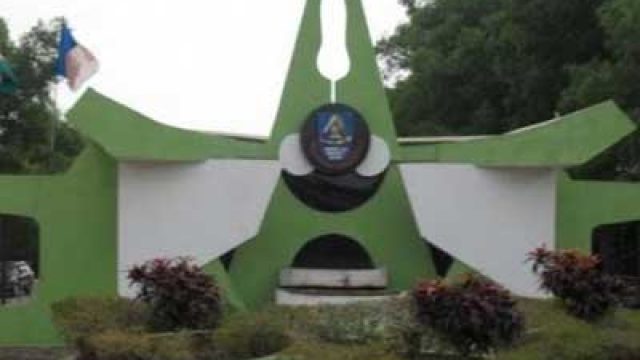 The crisis rocking the Edo State Government-owned Ambrose Alli University (AAU), Ekpoma has deepened as news filtered in that the Executive Governor of Edo State and Visitor to the University, Mr. Godwin Obaseki, has allegedly directed immediate sack of unspecified number of workers of the University over the recently conducted inconclusive staff biometrics verification exercise in the University.

It was gathered that Mr. Austin Osakue, a member of the SIT, who presided over the alleged rowdy and tension-soaked meeting, revealed that the SIT has directed the issuance of sack letters to the affected staff.

He was said to have specifically disclosed that all staff with alleged multiple ages or conflicting affidavits of age declaration will be sent to the University’s Staff Disciplinary Committee without further delay.

Mr. Osakue allegedly vowed that certain category of staff whom he described as “agents of darkness” would be sent parking from the University in the coming weeks.

According to him, the University’s College of Medicine and Faculty of Law have been identified by SIT as “centres of excellence” where students would pay school fees of more than N2 million per academic session with effect from next academic session.

Report further had it that workers who attended the meeting expressed shock over the attitude, character and behavior of Mr. Osakue who was said to have stood in for the Chairman of SIT at the meeting.

They described attitude of Mr. Osakue as a flagrant display of ignorance, coarseness, tyranny, oppression and suppression.

Reports also have it that many staff were not allowed to air their views on the critical issues or make suggestions on how to resolve the problems.

Rather, Mr. Osakue was said to have allegedly embarked on bullying, intimidation and humiliation of staff, including Professors that attended the meeting.

The reports said that the meeting ended abruptly and in fiasco as a result of workers reaction to the outburst of Mr. Osakue.

The workers described Mr. Osakue claims that SIT was on top of the problem of unpaid salaries in the university as a hoax, alleging that the vast majority of workers have not been paid salaries for several months.

Investigation revealed that no fewer than 350 staff of the university have had their salaries stopped on the arbitrary order or directive of the University’s SIT without any form of query or existing disciplinary action against the affected staff.

It was also discovered that no specific reason or explanation has been offered to the affected individual staff for the sudden stoppage of their salaries since January, 2022 and till date this category of staff are being owed 12 months salaries.

It was revealed that during the meeting, SIT did not sympathize with workers denied salaries by the University Administration for twelve (12) months or showed any commitment towards resolving the matter justly and amicably.

Rather, Mr. Osakue was said to have stated that the state government has terminated the appointments of staff who participated in the recently suspended university unions strike and/or biometrics verification exercise issues.

Mr. Osakue allegedly described the issues of unpaid salaries and biometrics verification exercise as “no go areas” at the meeting against the expectation of workers that the meeting was designed to resolve the myriad problems and issue bedeviling the smooth administration, industrial harmony and progress of the University.

But in a swift reaction, ASUU, AAU, condemned in strong terms the “outburst, intimidation and humiliation of workers of the University by Mr. Osakue.”

A statement signed by Dr. Cyril Oziegbe Onogbosele and Dr. William Odion, Chairperson and Assistant Secretary respectively, ASUU said by his “unguided utterances, action and behaviour, he had reduced the university to “a banana republic” where there are no laws, rules, and regulations. ”

The Union expressed concern and fear that if the university is allowed to remain in its present situation, the University cannot experience meaningful learning and research, and may not deliver on its mandates to the people of Edo State and Nigerians.

The Ambrose Alli University, Ekpoma, which is one of the first state universities in Nigeria, has been drowning in avoidable crises allegedly caused by the attitude, policies and actions by authorities saddled with the responsibility of managing the university.

In addition to the visible aberration in the administrative structure of the university causing the institution to take the form of a rudderless ship, the deliberate refusal and failure of the University Administration to pay the salaries of the vast majority of staff of the University for twelve (12) months (January 2022 – December 2022) for no justifiable reasons has provoked uneasiness in the University.

The University’s indebtedness of unremitted check-off dues and sundry deductions to the various staff unions and workers’ cooperative bodies in the University is in millions of naira.

Investigation also revealed that the pain, anger, hunger and demoralization of workers and the administrative profligacy in the University have placed the University on the precipice of total collapse.

Many stakeholders and concerned persons have expressed fear that if the university is allowed to remain in the hands of the SIT, the University will metamorphose to a glorified high school.

Study Opportunities For Nigerians In UK Universities [SEE HOW TO APPLY]

Are you searching for admission, do you desire a place where you can study in the United Kingdom ? Search no further for Aston University, University of Lancashire and On-campus is here.

This study fair will happen across four locations in Nigeria and will give you the opportunity to meet directly with the representatives from these Universities on the following.

Guidance on course & career selection.
– One to one conversation with delegates.
– On site application.
– Get between £3000 – £8000 Scholarship.
– Free advice on UK student visa application process.

Applications are open for September 2023.

Prepare for this golden opportunity.