Vehicular movement at the ever busy Ekheuan Road, University of Benin campus gate to be precise, was grounded for several hours on Tuesday as students of the institution blocked the road to protest the institution management “indiscriminate increment in their school fees.”

The Benin-Lagos Expressway was also blocked for hours by the protesting students of the Ugbowo campus of the university as well.

The protesting students who carried placards bearing inscriptions as: ‘Federal Uni don turn BOWEN’; ‘UNIBEN no be BOWEN, urgent 20k no be our budget’; ‘Oppression comes in different forms’; ‘We didn’t sign for this injustice’, played solidarity songs with public address sound system.

Speaking to INFO DAILY on anonymity, a student said they were protesting an additional twenty thousand naira (20,000) penalty for late paym school fee within two weeks when the portal was opened, adding that same portal has been frequently down thereby denying those who want to pay access. 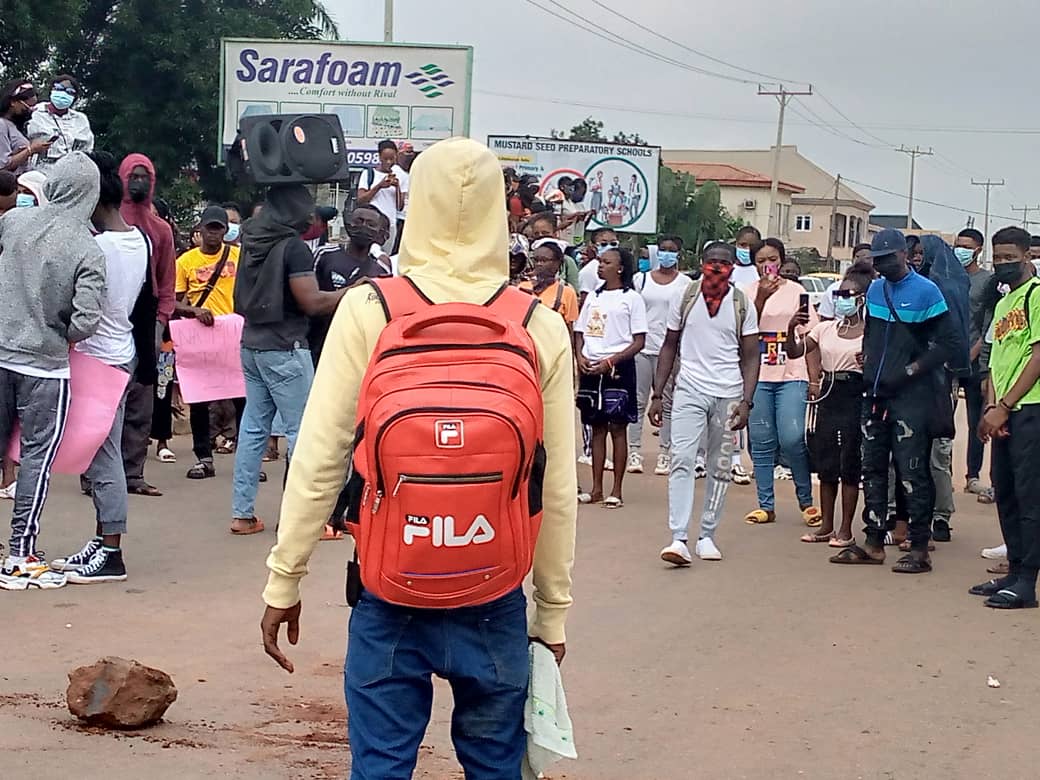 According to her, when the portal was opened, they were giving till September 3 to pay up their fees with the warning that any payment after the date attracts additional N10,000.

She added that immediately after the date, additional N10,000 was added without any prior information to that effect, making the late payment charge N20,000.

“They added N20,000 to our fees within two weeks. And now the PRO is saying any one that fails to pay before next Saturday would be denied admission, that is, the admission of such students would be withdrawn,” she said.

Berating the PRO for her comments on payment of school fees, the students remarked: “The PRO saying it is a privilege for us to be given admission to study at UNIBEN is wrong! It is not a privilege, it is our rights to study at any school in Nigeria as Nigerians.”

Another student who does not want his name in print said the University has been turned personal business since the present Vice Chancellor assumed office.

“UNIBEN is no more University of Benin, it is now University of Salami. Lilian Salami is our VC. She runs the school like her personal business,” he said.

A lecturer at the Ladoke Akintola University of Technology (LAUTECH), Ogbomoso, Oyo State, Professor Abass Olajire is dead. It was gathered that the don died few minutes after he slumped....