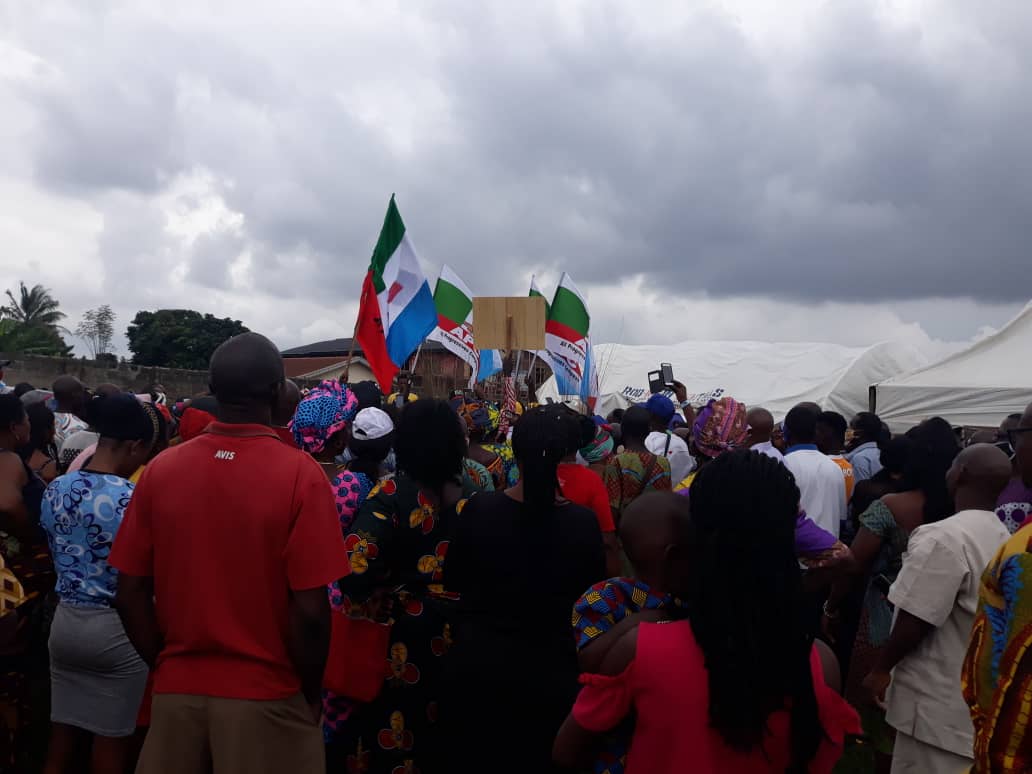 Ward 5, Ikpoba-Okha Local Government Area of Edo State is set to vote massively for the governorship candidate of the All Progressives Congress (APC) in the forthcoming September 19 governorship election.

APC’s chairman in the ward, Ogbebor Osayomore, disclosed this Monday, July 27, while flagging off campaign in the ward for the party and its governorship candidate, Pastor Osagie Ize-Iyamu.

Osayomore boasted that Ward 5, Ikpoba-Okha LGA belongs to the APC, stressing that the electorates are ready to massively cast their votes for Ize-Iyamu and make sure he emerged winner in the governorship election. 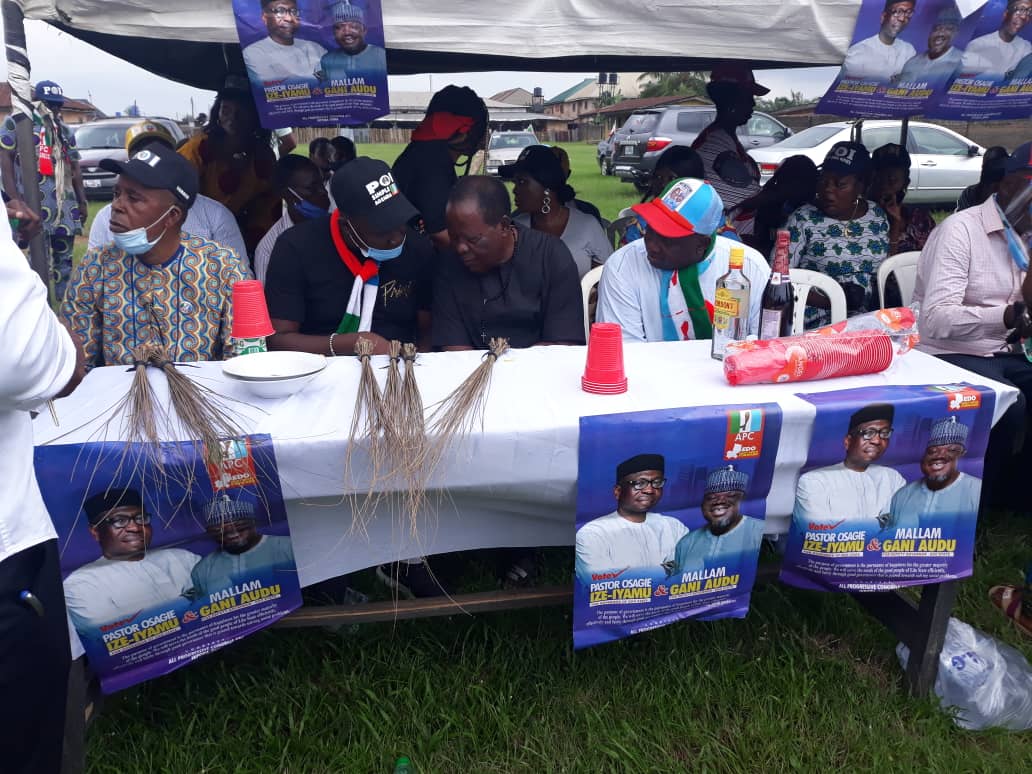 APC leaders seated at the flag-off

He disclosed that the APC has no division, but one particularly at the ward and ready to deliver the ward for the governship candidate.

” APC is alive, and by the mamoth crowd you are seeing here, we know victory is ours in APC in the forthcoming election.

” For people to turn up on working day (Monday), with this large number, that is to tell you that pastor has already won the election,” he said.

On his part, APC leader in the local government, Osarobo Idahosa, alluded the ward Chairman’s comment that the ward is fully for the APC.

He said the party’s fully prepared and ready to work for the emergence of Pastor Ize-Iyamu at the poll, adding that he is a grassroot politician hence his emergence is not negotiable.

He urged party members not to be provoked by some provocative actions of the main opposition, just as he noted that the party members are equal to the task but will not join in the violence from the opposition.

” They are going about attacking some of our members but we will not do so. We are law-abiding citizens, so I will urge you not to go violence but peaceful. Nobody has monopoly of violence; in fact, we have it more than them, but we will not be provoked.

“Pastor Ize-Iyamu is a grassroot politician and he is going to win easily, no doubt about that,” he added.

Also speaking, Dora Erhabor, woman leader in the LG, disclosed that women in the local government are seriously mobilising for Pastor Ize-Iyamu, adding that this is going to be done in house-to-house campaign.

We are going to mobilise women by going from house to house, convasing women to vote for Ize-Iyamu , all the women in Ikpoba-Okha we love Ize-Iyamu.”