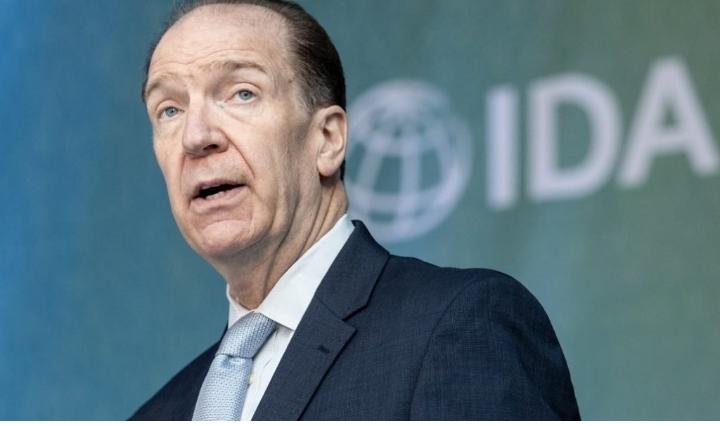 The President, David Malpass said the United States-backed support will assess and strengthen health preparedness throughout the developing world.

The economic expert delivered a speech on Thursday at the Stanford Institute for Economic Policy Research (SIEPR) ahead of the 2022 WBG-IMF Annual Meetings.

Noting that a tough reality confronts the global economy, Malpass said a series of harsh events and unprecedented macroeconomic policies are throwing development into crisis.

He hinted that the Group’s upcoming Poverty and Shared Prosperity report suggests that the deterioration in development progress began well ahead of the COVID-19 pandemic.

Malpass noted that developing countries were facing an extremely challenging near-term outlook due to the shocks in recent years.

“Many developing countries are also struggling in governance and rule of law; debt sustainability; climate adaptation and mitigation; and limited fiscal budgets to counteract the severe reversals in development from the COVID-19 pandemic.

“The pandemic – which alone led to over six million deaths – geopolitical conflicts, and extreme weather events have hurt countries and people worldwide, with the poor bearing the brunt, especially women and girls.”

“Developing countries are being hit by more severe climate-related disasters. Man-made greenhouse gas emissions are causing climate change, which in turn is having tragic impacts on development.”

READ ALSO: 2023: Obaseki Speaks On Atiku Stepping Down For Igbo Presidency After One Term

“Adaptation by countries and people harmed by climate change and mitigation of greenhouse gas emissions are urgently needed,” the President added.

Stressing that the urgency is clear in daily news reports of inflation, climate change, famine, civil protests, and violence, Malpass said the World Bank is fully engaged in the challenges and eager to work on solutions.

Related Topics:#Pandemic#World Bank
Up Next

How To Escape 80% Heart-related Diseases -NHF

Why We Rename Monkeypox – WHO

The World Health Organisation has said it will start using a new preferred term, ‘mpox’, as a synonym for monkeypox.

The change of name is following a series of consultations with global experts and both names will be used simultaneously for one year while “monkeypox” is phased out, according to the WHO.

In a press statement issued on Monday and made available to The PUNCH, it said when the outbreak of monkeypox expanded earlier this year, racist and stigmatising language online, in other settings, and in some communities was observed and reported to the WHO.

The statement read in part, “In several meetings, public and private, a number of individuals and countries raised concerns and asked the WHO to propose a way forward to change the name.

“Assigning names to new and, very exceptionally, to existing diseases is the responsibility of the WHO under the International Classification of Diseases and the WHO Family of International Health Related Classifications through a consultative process which includes WHO Member States.

“The WHO, in accordance with the ICD update process, held consultations to gather views from a range of experts, as well as countries and the general public, who were invited to submit suggestions for new names.”

Based on these consultations, and further discussions with the WHO’s Director-General Dr. Tedros Ghebreyesus, the WHO recommends the adoption of the new synonym mpox in English for the disease and mpox will become a preferred term, replacing monkeypox, after a transition period of one year.

“This serves to mitigate the concerns raised by experts about confusion caused by a name change in the midst of a global outbreak. It also gives time to complete the ICD update process and to update WHO publications.

“The synonym mpox will be included in the ICD-10 online in the coming days. It will be a part of the official 2023 release of ICD-11, which is the current global standard for health data, clinical documentation and statistical aggregation.

“The term “monkeypox” will remain a searchable term in ICD, to match historic information.

“Considerations for the recommendations included rationale, scientific appropriateness, extent of current usage, pronounceability, usability in different languages, absence of geographical or zoological references, and the ease of retrieval of historical scientific information.

“Usually, the ICD updating process can take up to several years. In this case, the process was accelerated, though following the standard steps.

“Various advisory bodies were heard during the consultation process, including experts from the medical and scientific and classification and statistics advisory committees which was constituted of representatives from government authorities of 45 different countries.

READ ALSO: WHO Proffers Solution To Ending Tuberculosis In Nigeria

“The issue of the use of the new name in different languages was extensively discussed. The preferred term mpox can be used in other languages. If additional naming issues arise, these will be addressed via the same mechanism. Translations are usually discussed in formal collaboration with relevant government authorities and the related scientific societies.

“The WHO will adopt the term mpox in its communications, and encourages others to follow these recommendations, to minimise any ongoing negative impact of the current name and from adoption of the new name,” it added. 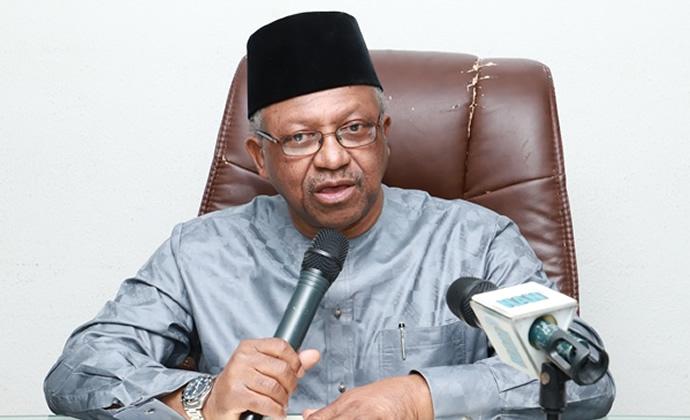 Recently, the media was awash with a report of two Specialist Hospitals – a Fistula Centre and an Orthopedic Hospital – proposed to be sited in Edo State by the Federal Ministry of Health. The ‘news’ of the report was not on the two federal health facilities to be sited in the heartbeat state, but the impediments to the establishment of the health facilities in the state.

The Minister of Health, Dr. Osagie Ehanire, as reported by the media, had reportedly said though his ministry was set to commence the health facilities, bureaucratic bottleneck in acquiring land from the Edo State Government was largely responsible for the delay in takeoff of the facilities in the state. Ehanire was reported to have disclosed this when he paid a courtesy visit to the Oba of Benin in his Palace.

But contrary to earlier report, facts have emerged that the Edo State Government, through the State Ministry of Health is fully in sync with the offer by the Federal Ministry of Health on the siting of the two Specialist Hospitals in the state, a closed source to the parties, Mr. Tony Abolo, who is in the know of the whole thing had disclosed to INFO DAILY.

According to the Ace Broadcaster and Veteran Journalist, Fistula Centre to be established at the Daisy Danjuma Health Centre, GRA Benin, and the Orthopedic Hospital to be established inside the premises of the EDO SPECIALIST HOSPITAL, along Sapele Road, Benin City not only has the blessing of the State Government, who instructed the State Commissioner of Health, Professor Obehi Akoria to accompany the visiting Federal Minister of Health, Dr. Osagie Ehanire to select the best of places most suitable for purpose, but has the promise of a full services support of the State Government.

He added that the location choices were made under the guided instruction of the State Governor, Godwin Nogheghase Obaseki, and had the team moving about as late in the day, when the Minister visited Edo State in order to show the enthusiasm of the Edo State Government.

According to him, the take off of the projects is expected to commence immediately as against earlier reports, as the sites are now agreed upon but the full commissioning will take place in the New Year.

“Interestingly, as a mark of concern of fulfillment and a duty to Edo State, the Hon. Minister of Health announced that the two projects have been injected into the 2023 budgetary provisions of the Federal Ministry of Health in the new fiscal year. To all intents and purposes, all hurdles surrounding the twin projects will be cleared as the Budget defence takes place soon in Abuja.” 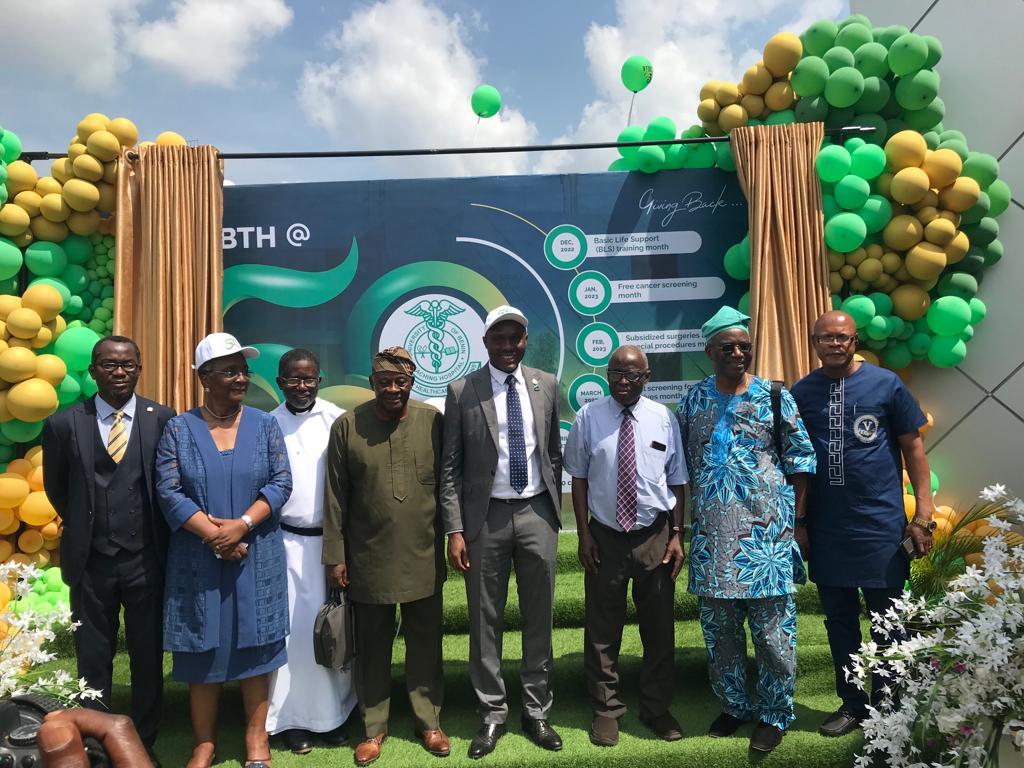 Free Cancer Screening, Executive Screening, Subsidized Surgeries and free training for first responders on basic life support are parts of activities mapped out for the 50th anniversary of the University of Benin Teaching Hospital (UBTH), slated for May 12, 2023.

The Chief Medical Director UBTH, Prof. Darlington Obaseki, disclosed this in Benin City on Wednesday while briefing journalists during the unveiling of the theme and logo of the golden jubilee celebration.

The theme of the 50th anniversary is ‘Advancing the Legacy of Quality Healthcare’.

He said the activities are part of giving back to the society for standing by the institution for the past 50 years.

Obaseki,who is a Professor of Pathology, said the free training which involves first responders like the members of the Federal Road Safety Corps, the police and drivers will be in December, 2022.

Obaseki added that the free Cancer Screening takes place in January, 2023, while the Executive Screening which involves medical Screening for top executives, including members of the Edo State Executive Council takes place in February, adding that the subsidized surgeries are to take place in March before the anniversary in May, 2023.

He also said that the famous medical institution built by the then governor of the mid- western region, Brigadier General Samuel Ogbemudia started as a 300-beding hospital in 1973, but hasnnow grown to a 900- Bedding facility today.

Eulogizing the founding fathers of the institution, he said: “If l have seen further than others, it is because I was standing on the shoulders of giants, that UBTH is a great tertiary multi-specialty. I make bold to say this morning that the successes and heights we have attained as a Teaching Hospital is because of the foresighted
ness and the labours of our founding fathers and heroes past.

“They set a solid foundation for us upon which every one of us that has come thereafter has
built.

“l am convinced that on 12h May, 1973 when this great institution was commissioned, it was already set on the path of greatness. That the hospital started as a 300 bedded facility was a pointer to greatness that awaits her.

“We have come a long way these past 49 years and have achieved a lot along this evolutionary journey. We are the first public hospital to set up a neonatal unit in this country, the first to commence Invitro fertilization (IVF) in Nigeria
and still sustaining the service, the first to have a breakthrough in stem cell transplantation for the treatment of Sickle cell in West Africa with successful
outcomes just to mention a few.

He also added that
when his administration came in to office 5 years ago, “we immediately got to work and produced a document “the strategic reform Plan”, this document, according to him, “was reviewed when we got a renewal of our mandate.”

He maintained that the institution has a 50 years tripod projection which involves infrastructure upgrade, comprehensive Cancer Care and Comprehensive Cardiology Center as it major focus.

He lamented that the hospital waved N84 million for indigent patients in 2021 and that over N100 millions have been waved for the same class of people this year.

He pleaded that government at all levels capture more citizens into its health insurance schemes to enable the hospital sustain it’s operations.