By Our Correspondent, Owerri

Inam said this while interacting with journalists in Owerri, as part of activities to mark the 2020 International Day Against Drug Abuse and Illicit Trafficking with the theme entitled: ”Better Knowledge for Better Care.”

He said that the suspects were 76 males and 11 females, adding that the exhibits included cannabis sativa, cocaine, heroin, metaphetamine, tramadol and rephynol.

According to him, the command secured conviction of 14 drug accused persons in court and counsels 46 drug users and successfully rehabilitated two persons.

Speaking on the theme, Inam said understanding the problem of drug was very important as this knowledge would bring about the desired co-operation from various actors to solve the impacts of drugs on health, governance and security.

“Between January and June, we have counselled 46 drug users and successfully rehabilitated two of them. Also 14 drug users have been convicted in court.

“They were sentenced to various terms of imprisonment, while a lot of cases are ongoing in court,” he said.

Inam, however, said that through the United Nations General Assembly (UNGA) resolution 42/112 of Dec. 7, 1987, June 26 was set aside yearly to celebrate International Day Against Drug Abuse and Illicit Trafficking.

He said it was to raise awareness on the problems of illicit drugs and determination to strengthen action and cooperation to achieve a drug-free world.

Inam said that the command delayed the prosecution of some arrested drug users due to the shut down of the Federal High Court, Owerri, a fallout of the COVID -19 pandemic.

He, however expressed satisfaction that the Court had resumed sitting. 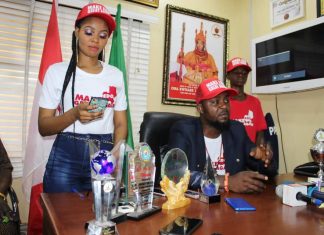 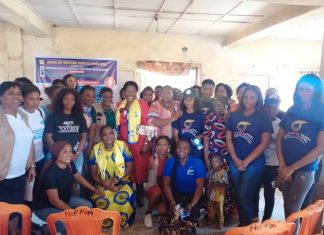 Metro
A security guard at the Lugbe Area of the Federal Capital Territory on Saturday, June 13, killed his boss’s wife with an axe and...