The situation is becoming increasingly bad as the oro group is now purely a killer group masquerading itself as traditional local group practicing and protecting the culture of their people.

It’s against this development that the oro festival is becoming more dangerous among the many festivals. Though this particular oro festival is seriously against women seeing them while process is ongoing as its regarded as a taboo for women to see them.

One Mrs ESOHE and her two daughters were lucky enough to have escape from the oro group when they mistakingly came across the oro group during their festive season in Porthacourt.

READ ALSO: Coronavirus: How To Protect Yourself Yourself – WHO

But Rosemary and folusho were very unlucky as the group did not waste time before they were both killed by the oro group that night. 20th February 2020 is another date to be remembered by Mrs Eshoe and her daughters ran into the bush for safety and the oro group ran after them into the bush but couldn’t find them.

While the issue was reported to security personnel, yet nothing seems can be done because oro group is known to be tradition and no one could challenge them.

READ ALSO: Centre For Disease Control Reveals How To Be Safe From Coronavirus

Coronavirus: How To Protect Yourself Yourself – WHO 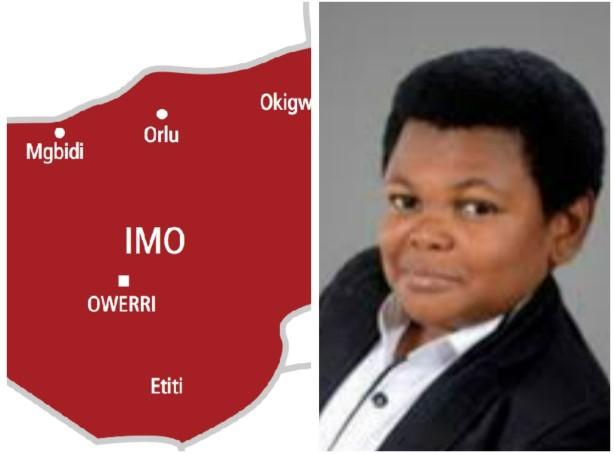 Parts of Owerri, Mbaitoli and environs in Imo State came under attacks on Friday afternoon by gunmen who were enforcing sit-at-home order.

The gunmen who rode in Trundra operational vehicles shot indiscriminately forcing people to scamper for safety.

While businesses abruptly closed, the roads were deserted as motorists abandoned their vehicles and ran away.

At Orji, a community sharing boundary with the state capital, the gunmen wearing black clothes in three vehicles attacked residents and passersby, including policemen.

Eyewitnesses told our correspondent that the gunmen met policemen at the 7Up junction at Orji and shot one cop dead.

He said, “They just killed a policeman now. They opened fire on them and were shouting, ‘There is sit-at-home. We have asked you to go home. Stay indoors.’”

Another eyewitness said, “I just escaped death now. They stopped before us and shot in the air and asked us to go home. They didn’t shoot at us maybe because I was in the midst of some elderly women.”

It was also gathered that the fleeing gunmen shot repeatedly at Nkwo Orji market before taking off towards Okigwe Road.

At Ubommiri in the Mbaitoli Local Government Area of Imo State, the gunmen attacked the convoy of the All Progressives Congress candidate for Mbaitoli/ Ikeduru Federal Constituency, Akarachi Amadi.

While Prince Iheme was killed on the spot, the state commissioner for Solid Minerals, Martin Eke, was cut with a machete.

An eyewitness who didn’t want to be mentioned said, “This attack is politically motivated. We just finished at one campaign rally ground and were heading to Ubommiri. Our convoy was attacked at Amawuihe before Ubommiri.

“Prince Iheme was riding in the same vehicle with the commissioner for solid minerals. Prince Iheme who is Pawpaw’s elder brother was killed on the spot. The commissioner who was sworn in two weeks ago was cut badly. He has just been rushed to a hospital. They were driving in a Ford SUV. I pray he makes it.” The building, a duplex, which was constructed in the Executive Business District area of Awka, near the abandoned government house was demolished on Wednesday.

Obi who raised the alarm over the destruction stated that he was pained because he was not even told of the intended destruction so he could take away some needed items in the house.

He told journalists: “My pain is not that the house was demolished, after all, government once told us that the area had been acquired by it and that the houses built there will be demolished.

“My pain is that when they wanted to demolish it, they didn’t as little as notify us so that we can remove some useful items in the house. My wife has been in tears since after the demolition. She has been crying ceaselessly.

“I have heard that government has said it will pay us compensation as it was captured in the 2023 Appropriation Bill, but if they notified us, it would have helped us bear the shock of the demolition.

“That house was built by my wife, even one Kobo of mine did not go into it. My wife is a retiree from a federal government agency, and she used her life saving and retirement fund to buy the land and also construct the building. The land was very legally acquired, and even my building plan was approved by government.

“Now they are telling me they will pay compensation, do they want to kill my wife so that I will use the money they will pay me to bury her?” he asked rhetorically.

It was, however, learnt that Awka Capital Territory Development Agency has reached out to the activist, assuring him that he will get compensation for the demolished building.

Comrade Osita Obi, the coordinator of Anambra Keke and Shuttle Drivers Union has been at the forefront of championing the cause of tricycle riders in the state, including engaging government, for the reduction of taxes paid by the operators.

He was formerly the coordinator of the Movement for the Conduct of Local Government Election in Anambra State and held the Peter Obi and Willie Obiano administrations by the jugular over the non-conduct of local government elections in the state. 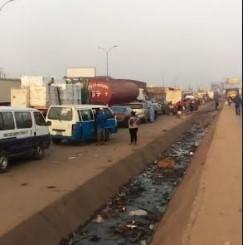 The drivers said they were protesting against the state government tax imposition on trailers, lorries, truck,s and other vehicles bringing goods into Anambra.

The protest which started in the early hours of Friday led to a total lockdown of the bridge as well as the Enugu-Onitsha, Onitsha- Owerri expressway and all the roads that lead into and exit Anambra through Onitsha.

The situation rendered commuters stranded and forced some people to come down from their vehicles and started trekking.

While stating the reason for their action, the drivers lamented that the state government had imposed a levy of N30,000 for trailers loading and offloading goods in the state, while other vehicles have their own amount ranging from N20,000 to N25,000.

A driver, identified as Odion Omoroge, who spoke on behalf of the aggrieved members, expressed surprise about the levy, describing the action by the government “as the worst the people of the state will see.”

He said, “Violence about the collection of money by the government revenue collectors is being witnessed daily in Anambra state, particularly in Onitsha. Violence is more pronounced now than ever before, yet the same government said it does not want touts, yet touts are having a field day on the roads on a daily basis.”

Although, the police were on the ground preventing a breakdown of law and order, but the aggrieved drivers were undaunted even as commuters battled to pass through the roads.

The Anambra Police Command’s spokesman, Tochukwu Ikenga, could not be reached as calls and messages to his telephone line were not responded to.