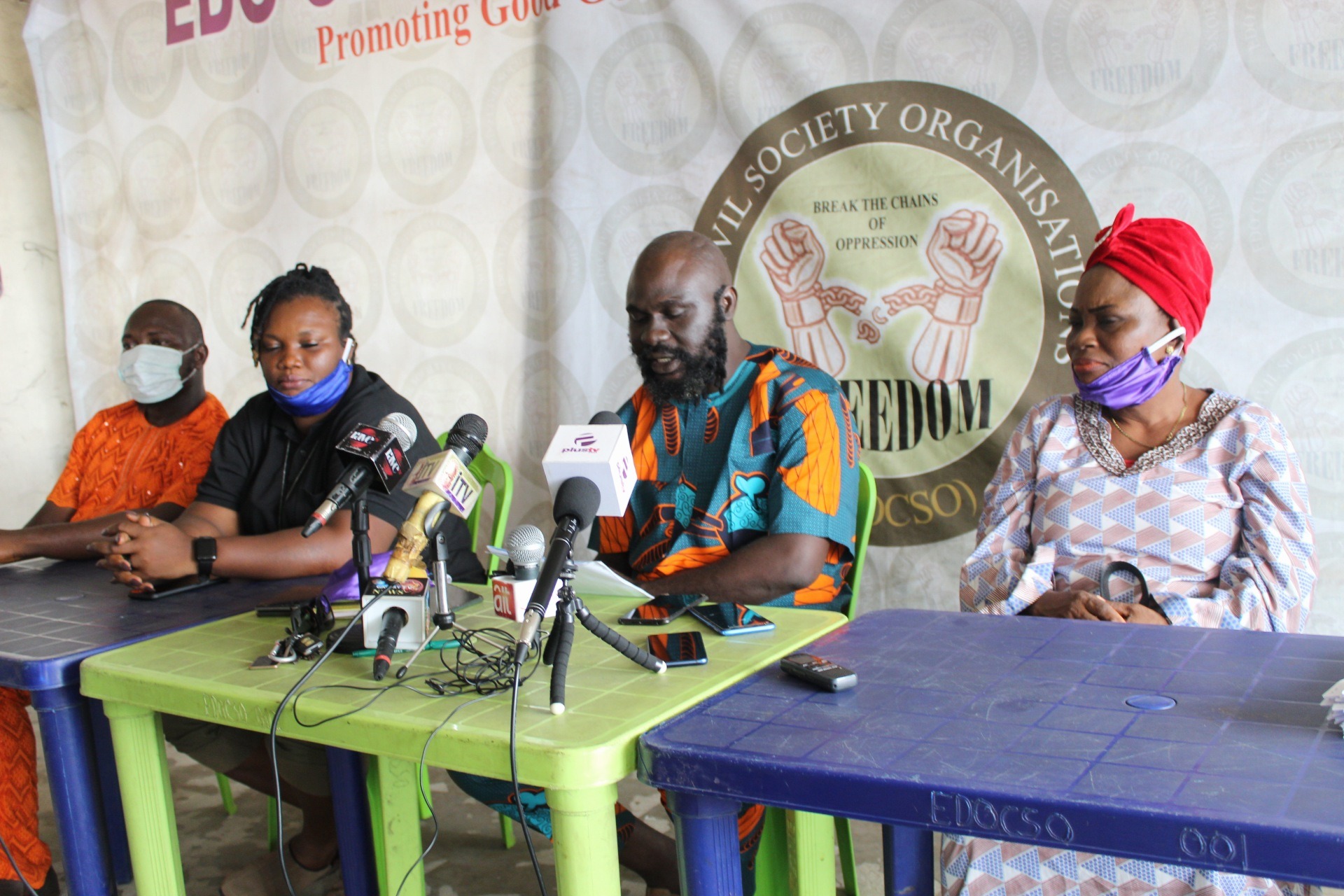 Following assult on one of its members which was allegedly masterminded by one Etinosa Ighodaro, rights group, Edo Civil Society Organizations (EDOCSO), Tuesday, June 23, demanded, as matter of urgency, arrest and prosecution of the aforementioned and his activities by Edo State Government.

The group also appealed to the Oba Benin, Ewuare II, to interrogate the activities of Ighodaro who happens to be youth leader of one Iyowa community, and if possible strip him of the office which the group alleged he (Ighodaro) has subjected to abuse.

According to Agho, the group received a petition from one Iguikhimwin community over a lingering boundary crisis with Iyowa community for a peaceful resolution in order for it not to escalate to violence and possible blood bath.

He noted that after informing the Commissioner for Local Government and Community Affairs, Hon. Monday Osaigbovo, a meeting was organised by the group between the two communities with a view to broker peace in the area but unfortunately Ighodaro and his men, in one of the meetings, unleashed mayhem with dangerous weapons on some members of the other community and one of its members. 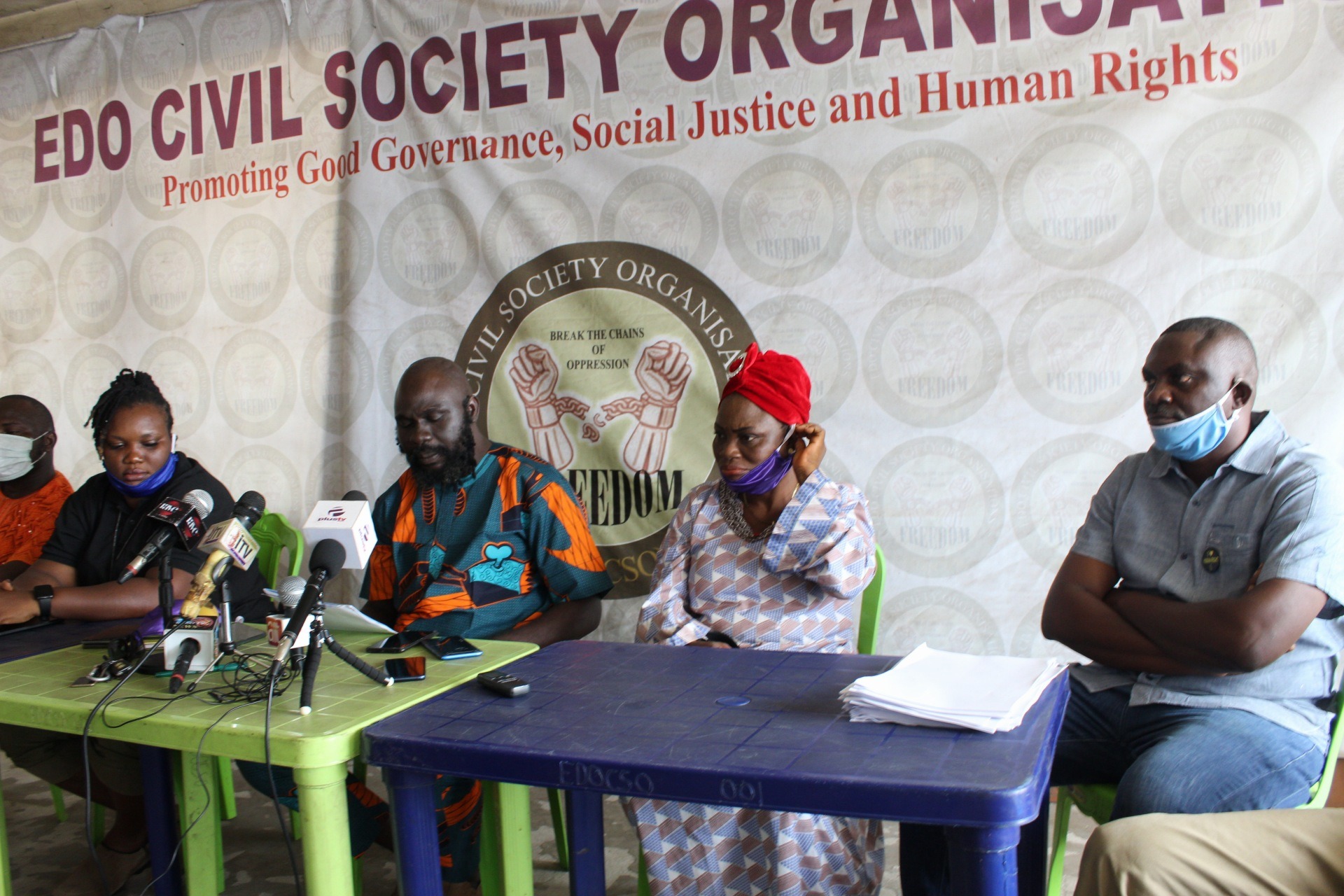 He said, ” It was agreed in a last meeting that representatives of the two communities, the Commissioner and members of EDOCSO are to go back to the area under dispute and map out the extent of encroachment and other on-the-spot findings for further action.”

Agho continues, ” All party were present. Not sooner than the aforementioned representatives converge on the disputed area with the representative of the Commissioner who was unavoidable absent that Etinosa Ighodaro who is the youth leader (Okaighele) of Iyowa community and his thugs started to unleash mayhem on Iguikhimwin community members and human rights present with sporadic gunshot from assorted caliber weapons and the use of other dangerous weapons.”

While noting that the Commissioner representatives was lucky to have narrowly escaped attack by Ighodaro and his thugs on that faithful day, the Coordinator-General said their member, Comrade Aimuamwonsa Igbinomwanhia, and three members from the other community were unlucky as they were allegedly attacked, adopted and whisked away by their captors.

Agho lamented that due to injuries sustained by his members during adoption and beating the Comrade is currently battling with series of life threatening health challenges, just has he (Agho) threatened to take the battle to “Ighodaro and his thugs for the liberation of others that his has kept in bondage for years.” 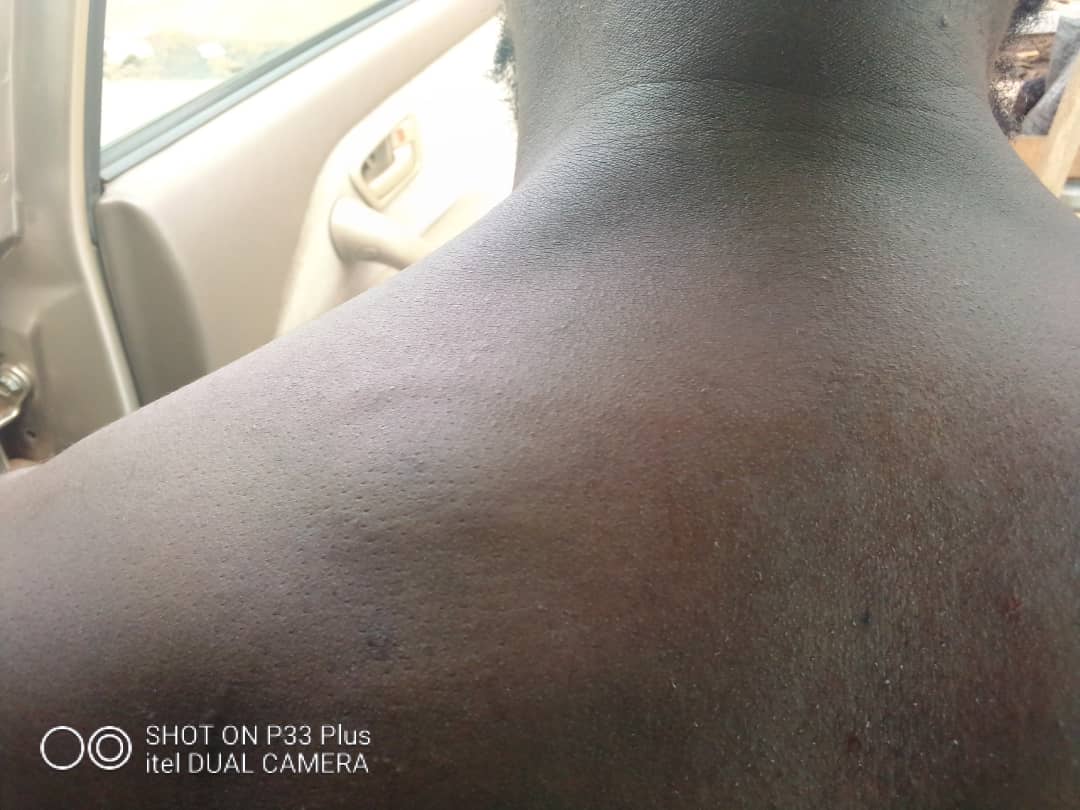 The assaulted member of the group

The Coordinator-General further emphasized the need to arrest, investigate and prosecute Ighodaro and his armed thugs for alleged possession of firearms, and the unprovoked attack on his member, whom according to him was part of a resolution team.

He further appealed to Oba of Benin, Ewuare II, to prevail on Ighodaro to allow proper constitution of a community leadership that will comprise odionwere and elders council.

Contacted on phone, Ighodaro denied him sending thugs to unleash mayhem, just as he said, “I am not a party to that.”

He continues, “I am a peace loving person, and I cannot do that. Anyone involves in that act should be arrested and prosecuted. I am not a party to that which you are saying.”

Obaseki’s Reign In APC Was Hell, ‘We ‘ll Never Pray For Such’, Says Party Chieftain