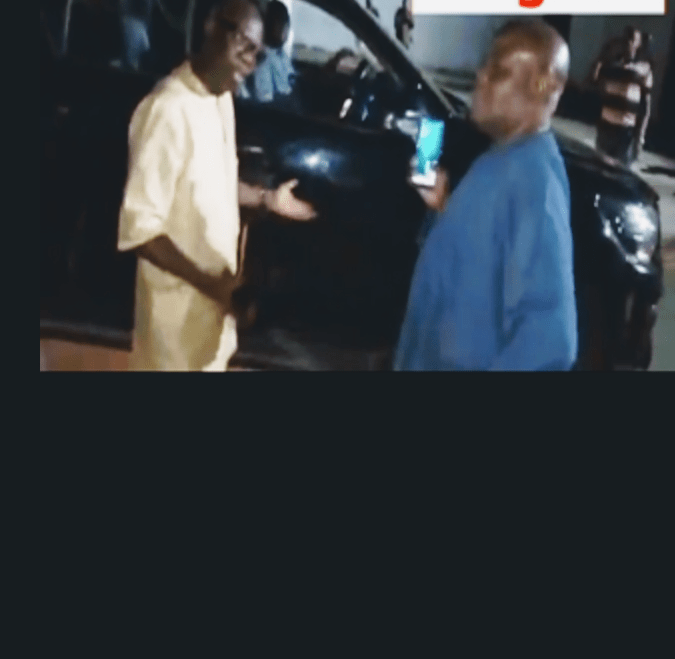 There was a mid-drama at the Government House, Akure, on Saturday night as Ondo State Commissioner of Police, Mr. Bolaji Salami, prevented the state Deputy Goevernor, Hon. Agboola Ajayi from moving his personal belongings out of the Government House.

The deputy governor was to resign and defect to the opposition Peoples Democratic Party today at his Kiribo ward in Ese-Odo Local Government Area of the state.

In a video trending online, the Deputy Governor was seen arguing with the Commissioner of Police in a scene apparently shot in the night.

Agboola questioned the audacity of the CP by asking if he’s PDP Chairman or APC chairman when the police boss said he received a letter that the Deputy was to move to another party on Monday.

In the video Agboola questioned the CP, ” Enh, what’s your business if I am moving to another party? Are you the chairman of PDP or the Chairman of APC.”

Recall relationship between Agboola and his principal (Akeredolu) has gone sour for months since the latter created interest in the number one position of the state.

Meanwhile, Governor of Ondo State, Rotimi Akeredolu, has denied directing the CP to preventing Agboola from moving his property out of Government House.

In a statement signed by his Chief Press Secretary, Segun Ajiboye in Akure, Akeredolu described the claim that he ordered the CP to prevent his Deputy as “absolute falsehood intended to play victim by the principal actors involved.”