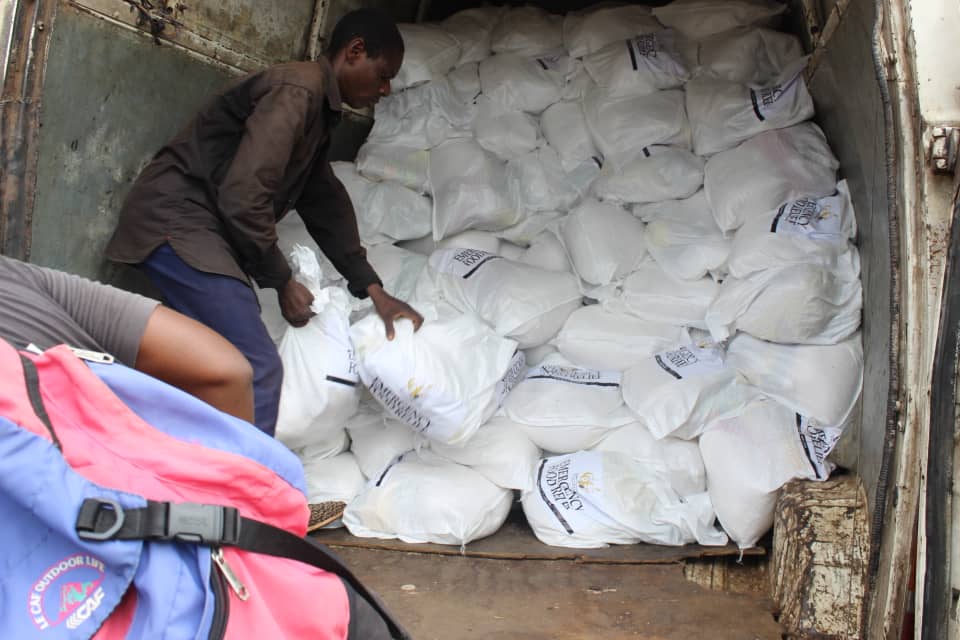 As part of efforts to cushion the effect of the lockdown occasioned by the novel Coronavirus, Chris Oyakhilome Foundation International (COFI), yesterday donated relief materials to 2000 households in Ewu and nine other communities in Esan Central Local Government Area of Edo State.

COFI is a non-profit and non-political organization that is established to help individuals, communities, nations to live a purposeful and productive life through the sponsorship of different initiatives that are inline with the founder’s mission.

It has, since inception, impacted more than 500 communities of 1 million persons in 23 Africa countries, including Indian, and has also endowed tertiary institutions with infrastructure and amenities essential for learning. 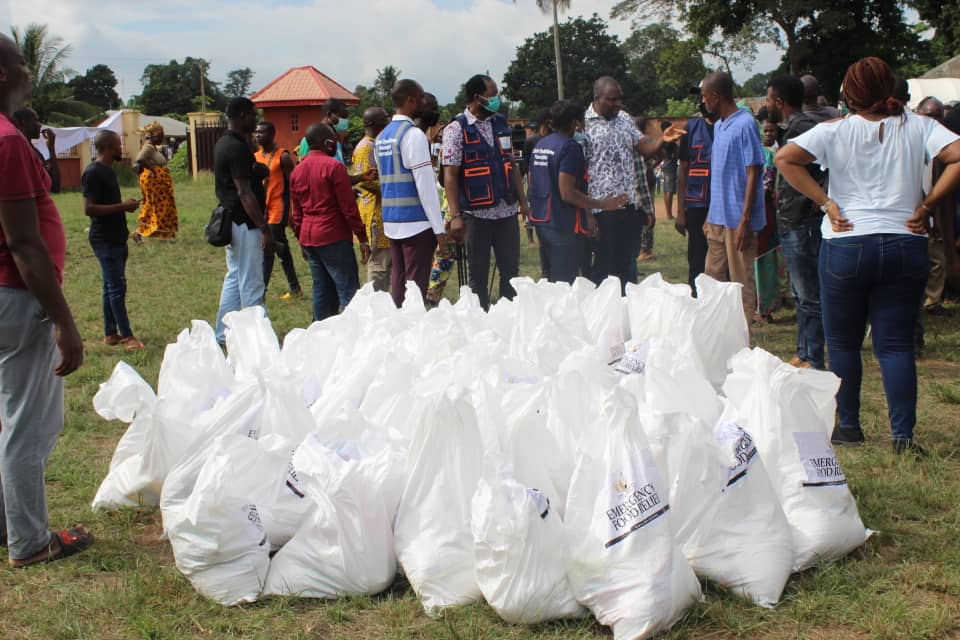 Some of the relief items distributed at Ewu today.

She noted that it is part of the Foundation’s emergency food donation, stressing that it is going on across the six geo-political zones of the country.

According to her, impact of the Coronavirus and the consequent lockdown on the livelihood of the people is huge hence it becomes imperative in joining government in assisting the people.

READ ALSO: COVID-19: NGOs Give Palliatives To Over 100 Women

” This is part of Chris Oyakhilome Foundation International emergency food response programme, which is ongoing in the six geo-political zones of Nigeria and other nations.

” I sure you know so many countries including Nigeria adopted lockdown as a measure in containing the pandemic. And the impact on the livelihood of the people is so huge. People are suffering. They have been unable to earn any income as a result of the Lockdown.

” This is one of commitments to working with the government in strengthening families that have been affected as a result of this COVID-19 19. And Today, we are serving nine communities in Ewu kingdom. In this course, we are supporting 2000 households with palliatives”, she said.

Accepting the donation on behalf of Ewu kingdom, the Onojie of Ewu, His Royal Highness, Abudu Rasak Ojiefor Isesele the III, thanked founder of the Foundation, Pastor Oyakhilome for the kind gesture, adding that it will go a long way in ameliorating the suffering of his people particularly in this COVID-19 period. 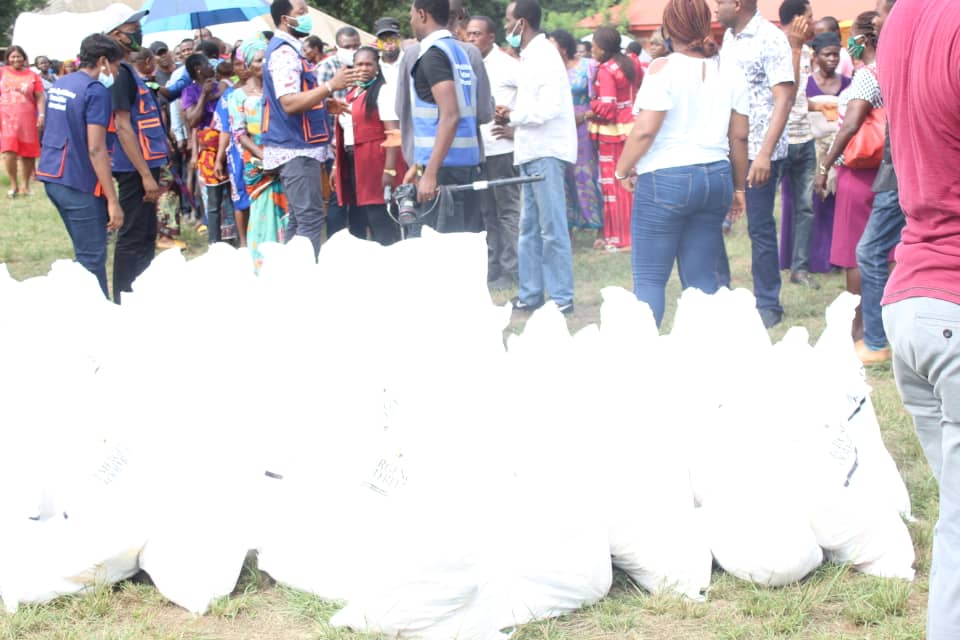 ” Rev. Chris Oyakhilome, you have brought a huge succour to the communities and the kingdom at large. 2000 households is no joke; it will go way in ameliorating the suffering of my people particularly in this COVID-19 period. The people of Ewu are proud him, he is our illustrious son”, he said.

Some of the beneficiaries who could not hide their joy thanked Pastor Chris for the kind gesture as they pray God to use him the more for the people particularly the less privilege.