A Federal High Court sitting in Lagos on Monday ordered the seizure of an aircraft belonging to Emirates Airline over an N8.1 million judgment debt.

The order was sequel to a motion filed by Dr. Charles Mekwunye seeking the enforcement of a Supreme Court judgment in a suit between Promise Mekwunye and the airline.

In a judgment delivered on November 15, 2010, the Federal High Court held that the refusal of Emirates Airline to carry Mekwunye amounted to a breach of contract of carriage.

Consequently, the court ordered a full refund of the ticket without any deduction or charge and further granted N2.5 million in general damages and N250,000 in legal costs against the airline.

Granting the reliefs sought by Mekwunye, Justice Mohammed Liman held that “it is accordingly ordered that an attachment is hereby issued on the judgment debtor’s aircraft registered as ‘A6 Aircraft Type 77W EK: 783/784’, or any other aircraft belonging to the judgment debtor which flies into Nigeria Territory, to be arrested and detained until the judgment debt is fully paid. If there is default after 30 days, the aircraft shall be auctioned to satisfy the judgment debt.”

The judge also ordered that Emirates Airline to bear the cost of maintenance and custody of the detained aircraft.

Miss Mekwunye, who was then a student of North Texas University, Denton, Texas, United States had in 2008 dragged the airline to court for refusal of her two-way flight ticket from Dallas to Nigeria and back for no reason and for also refusing to fully refund the cost of the American Airline ticket she bought for her return trip to Nigeria.

She claimed that the airline offered no reason for its action leaving her stranded for days at the airport until she was able to secure a more expensive flight ticket on a longer route to Lagos.

Don’t Do Anything Inimical To Your Host Communities, NYSC DG Warns Corps Members 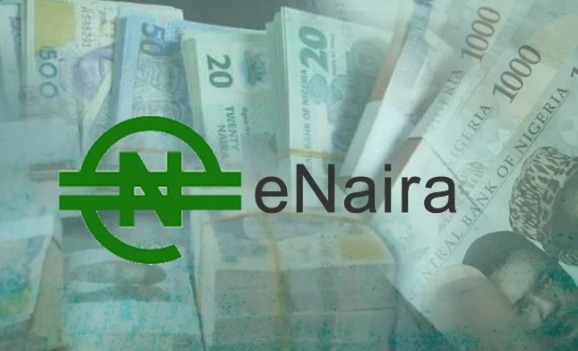 The International Monetary Fund has disclosed that central bank digital currencies could drop the cost of sending and receiving the money to Nigeria and other Sub-Saharan African countries.

The Washington-based lender stated that Sub-Saharan Africa is the most expensive region to send and receive money, with the average cost pegged at a little under eight per cent of the transfer amount. It added that CBDCs could cheapen the process by shortening payment chains and creating competition among service providers.

In its ‘More African Central Banks Are Exploring Digital Currencies,’ report published on its blog, the IMF said, “They can also facilitate cross-border transfers and payments.

“Sub-Saharan Africa is the most expensive region to send and receive money, with an average cost of just under eight per cent of the transfer amount. CBDCs could make sending remittances easier, faster, and cheaper by shortening payment chains and creating more competition among service providers.

“Faster clearance of cross-border payments would help boost trade within the region and with the rest of the world.”

According to the fund body, several sub-Saharan African central banks are exploring/piloting digital currencies following Nigeria’s October’s launch of the eNaira. It said CBDCs are digital versions of cash that are more secure and less volatile than crypto assets because they are backed and regulated by central banks.

The South African Reserve Bank is experimenting with a wholesale CBDC, which can only be used by financial institutions for interbank transfers, as part of the second phase of its Project Khokha. The country is also participating in a cross-border pilot with the central banks of Australia, Malaysia and Singapore.

It stated that the Bank of Ghana was testing the e-Cedis while the South African Reserve Bank is experimenting with a wholesale CBDC as part of the second phase of its project Khokha and participating in a cross-border pilot with the central banks of Australia, Malaysia, and Singapore.

It said while countries have different motives for issuing CBDCs, it has some potential important benefits for the region.

The IMF further said, “The first is promoting financial inclusion. CBDCs could bring financial services to people who previously didn’t have bank accounts, especially if designed for offline use.

“In remote areas without internet access, digital transactions can be made at little or no cost using simple feature phones. CBDCs can be used to distribute targeted welfare payments, especially during sudden crises such as a pandemic or natural disaster.”

It added that while several risks and challenges needed to be considered before issuing a CBDC, governments must improve access to digital infrastructures such as a phone or internet connectivity.

The IMF stated that central banks will need to develop the expertise and technical capacity to manage the risks to data privacy and to financial integrity, which will require countries to strengthen their national identification systems so that know-your-customer requirements are more easily enforced.

It said, “There is also a risk that citizens pull too much money out of banks to purchase CBDCs, affecting banks’ ability to lend. This is especially a problem for countries with unstable financial systems.

“Central banks will also need to consider how CBDCs affect the private industry for digital payment services, which has made important strides in promoting financial inclusion through mobile money.” 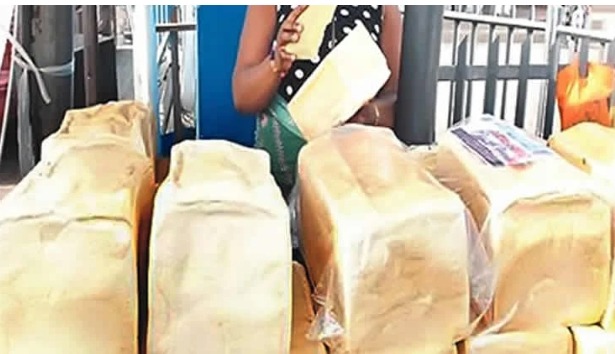 Bread producers and caterers on Friday threatened to withdraw their services nationwide due to the unprecedented increase in bakery materials and the neglect of the Federal Government to this matter.

In a communiqué issued by their national body – Association of Master Bakers and Caterer of Nigeria, they stated that the cost of flour, sugar and other materials used in bakery business had skyrocketed beyond the reach of many bakers.

In the communiqué, which was issued after the National Executive Council meeting of the association in Abuja, and made available to our correspondent on Friday, the bakers stated that they would down tools from July 13, 2022.

They also revealed that efforts to get government’s intervention in the matter had been unsuccessful, as there had been no positive response from the concerned ministries, departments and agencies of government.

The communiqué, signed by the association’s executives, led by its National President, Mansur Umar, stated that the council reviewed the “neglect of the Federal Government in addressing the challenges facing our sector as captured in our letters acknowledged by the Federal Ministry of Industry, Trade and Investment, Federal Ministry of Finance, Central Bank of Nigeria and unproductive intervention of the Secretary to the Government of the Federation.

“Increase in prices of bakery materials especially flour and sugar having reached unprecedented levels, for example, flour is now between N25,000 and N27,500, so also other ingredients.

READ ALSO: Starvation Looms As Baking Industry Moves To Shut Down Over High Cost Of Production

“The National Wheat Cultivation Committee already constituted is yet to be inaugurated after over one year. NAFDAC, SON, NESREA have turned the bakers into money making machine by charging our members outrageous levies even at this very challenging moment.

“Consequently, the NEC in session resolved that all zones, state, Local Governments and units of our association should commence full mobilisation of our members nationwide to embark on withdrawal of services starting from Wednesday July 13, 2022 for an initial period of two weeks.”

The, however, noted that its “members should await further directives.”

This came as it was gathered that the hike in bakery materials was what led to the recent increase in the cost of bread and other items produced from flour.