Members of a suspected cult group have reportedly issued a 24-hour ultimatum to the principal of Uyo High School, Michael Iwok for him to recall their suspended members or face imminent attack.

According to report, some fetish objects such as fresh pepper, palm oil droplets, peeled cooked egg, palm front, a piece of red cloth, tied rope and ten naira notes were dropped at the entrance of the principal’s office.

Similar items and several inscriptions, believed to have been dropped by suspected cultists, were also seen at the entrance to Senior Secondary 3 classroom. 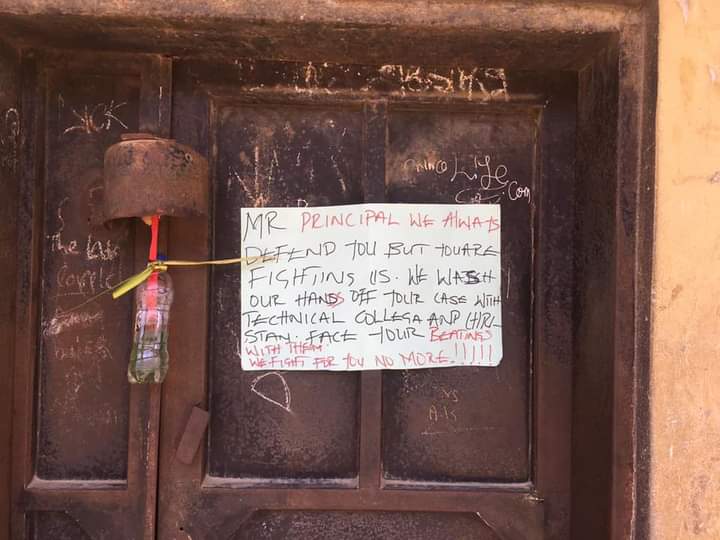 In a bid to prevent any form of the onslaught, the state government therefore ordered the closure of the school.

By Our Correspondent, Bauchi Bishop Hilary Dachelem, the Catholic Bishop, Bauchi and Gombe Dioceses, on Wednesday, said that Nigerians needed a mental restructuring before any other restructuring in the country....

JUST IN: JAMB releases 2021 UTME results, Reveals How To Check Via Code

JUST IN: JAMB releases 2021 UTME results, Reveals How To Check Via Code

Sunday Igboho Handcuffed Inside Cotonou Cell, Being Fed By Someone, Lawyer Laments